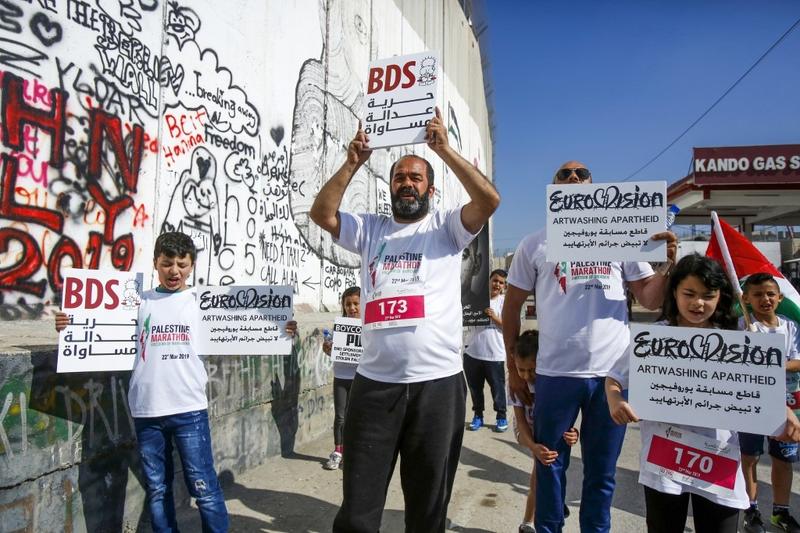 Activists hold placards calling for the boycott of Eurovision along Israel's controversial separation barrier, which divides the West Bank from Jerusalem, during the 7th International Palestine Marathon in the biblical town of Bethlehem in the occupied West Bank, March 22, 2019. (MUSA AL SHAER / AFP)

TEL AVIV — As 'Eurovision Song Contest 2019' banners go up across Tel Aviv, behind the glitz of the songfest is the latest manifestation of a bitter row between Israel and an international pro-Palestinian boycott movement.

Palestinians seek a state in the West Bank and Gaza Strip, with East Jerusalem as its capital

When Israel was selected last year to host the 2019 Eurovision finals, the high-profile, 42-nation event was identified by the Boycott, Divestment, Sanctions (BDS) campaign as a target for its campaign to pressure governments, companies, performers and academics to isolate Israel.

Even as Israeli workers erect stages and lighting rigs along Tel Aviv's Mediterranean seafront, some fear that the live broadcasts of the May 14-18 event may be used by boycott activists to mount protests in front of millions watching live.

BDS has called on artists and broadcasters to withdraw from the event, arguing that holding it in Tel Aviv amounts to "artwashing - whitewashing through arts" Israel's policies towards Palestinians in the occupied West Bank and Gaza.

The event's local television hosts, Israel's public broadcaster Kan, said it does not know what to expect. But Israeli media reports have raised concerns that activists might try to disrupt the contest from the audience, or that a performer may mount a protest on-stage.

The competition - semi-finals followed by a final - will take place at the Expo Tel Aviv convention centre, with a "fan zone" with big viewing screens at the beachfront Eurovision Village.

Security costs are expected to account for 10 percent of the expenditure on the event by Kan. A spokeswoman for the broadcaster said she believed the figure was unusually high.

"There is something big here," Tzahi Gavrieli, head of the Israeli government's anti-BDS taskforce within the Strategic Affairs Ministry, told Reuters about the event. "It is a major brand, and there is definitely an attempt under way by the other side to take it down."

BDS, which was launched in 2005 and is led by Palestinian campaigners, describes itself as a global movement to pressure Israel to end the occupation of Palestinian territories.

Israel claims that some boycott activists call for the dismantling of Israel itself, and the government has mounted a vigorous counter-campaign, rebutting BDS attacks and accusing some supporters of being anti-Semitic or having ties to militant groups such as Hamas and the Popular Front for the Liberation of Palestine.

BDS leaders reject the Israeli accusations, saying that their campaign is a non-violent protest movement opposed to all forms of discrimination, including anti-Semitism. They deny having any links to militant groups. 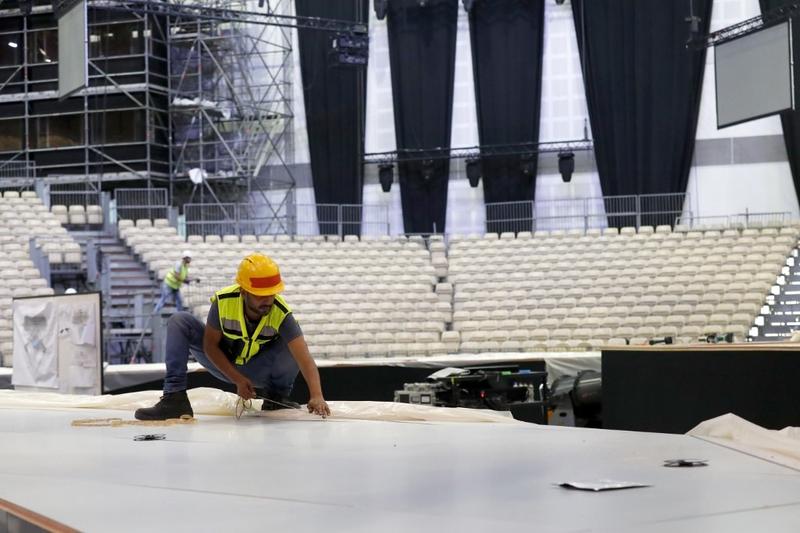 On social media, pro-Palestinian activists have urged supporters to "join us in disrupting Israel's latest PR stunt" and to participate in a 'Week of Action Against Eurovision in Tel Aviv'. This, they said, would involve "loud, visible, mass non violent actions and protests".

Gavrieli's office issued a report on Thursday saying that BDS activists had used 232 fake Twitter accounts, including bots and trolls which, it says, engaged in "coordinated inauthentic behaviour", to drum up opposition to the event.

The BDS dismissed the allegations as "propaganda lies" intended to cover up "Israel's war crimes against Palestinians and decades-old system of military occupation".

"This edition of Eurovision will be remembered ... as a dismal failure for Israel's propaganda machine," said Alia Malak, of the Palestinian Campaign for the Academic and Cultural Boycott of Israel, a BDS member group.

A spokesman for Twitter, when asked about the accounts in question, told Reuters on Thursday that it had "suspended a small group of accounts for violating regular spam rules, in line with commitment to improving healthy conversations on the service".

The song contest's umbrella organiser, the European Broadcasting Union (EBU), is vetting all lyrics and host narrations - a standard practice for Eurovision.

No participating countries or broadcasters have heeded the BDS calls to pull out of the event.

Eurovision is promoting the 2019 contest under the slogan "Dare to Dream". Its website said the motto and artwork of the event "symbolise inclusion, diversity and unity, resonating with the core values of the Eurovision Song Contest".

Eurovision has the support of the reigning winner, Netta Barzilai. It was the Israeli singer's victory last year with the song "Toy" that brought this year's competition to Israel.

"Being on the same stage, no matter what your religion is, your ethnicity, your colour, from all these countries, all these cultures combined together, this is a festival of light," she said in Jerusalem on Monday. 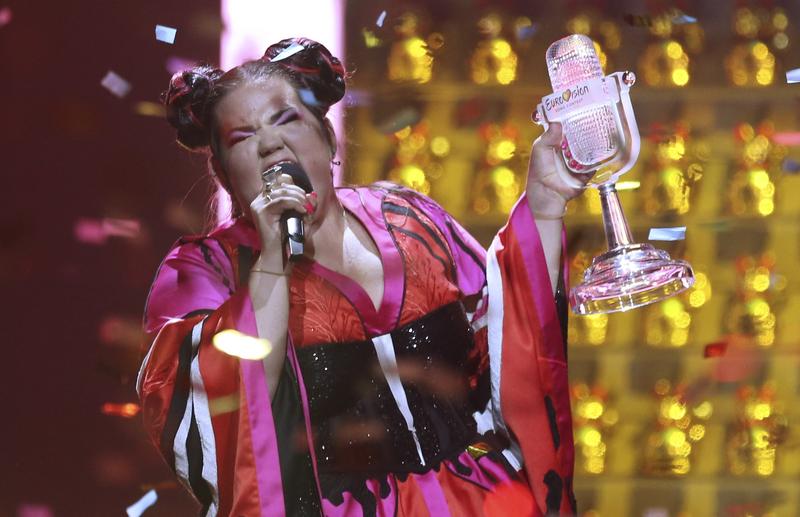 Palestinians seek a state in the West Bank and Gaza Strip, with East Jerusalem as its capital. More than 400,000 Israeli settlers live in the West Bank in settlements that Palestinians and many countries consider to be illegal under the Geneva conventions that bar settling on land captured in war.

Israel disputes this, citing security needs and biblical, historical and political connections to the land.

The Eurovision battle is just the latest in a bitter campaign by both the BDS and the Israeli government to convince an international audience of the justice of their cause.

The boycott movement claimed victories last year after the New Zealand pop singer Lorde cancelled a planned trip to Israel, and the Argentina football team, with its star player Lionel Messi, called off a friendly match against Israel.

But some artists and organisations have defied boycott calls: Madonna will be a guest performer at Eurovision. And the online home-renting company Airbnb, which delisted properties in Israeli settlements in the West Bank in November, last month partially backtracked amid legal and political pressure.

Israel has sought to deport or deny entry to international activists over their alleged support for BDS.

An Israeli court last month ordered the deportation of Omar Shakir, a US citizen who is Human Rights Watch's Israel and Palestine director, over claims that he supports the movement. Shakir has appealed the order to Israel's Supreme Court.