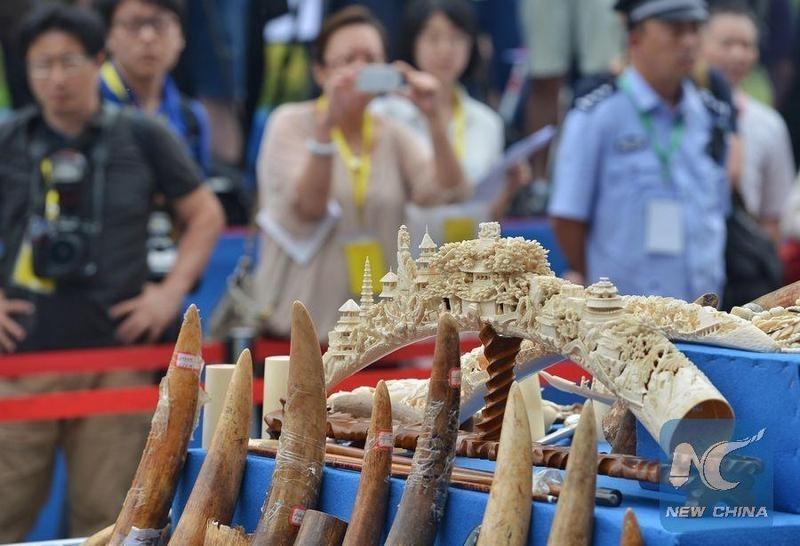 Photo taken on May 29, 2015 shows confiscated ivory to be destroyed at Beijing Wildlife Rescue and Rehabilitation Center in Beijing, capital of China. (LI XIN / XINHUA)

SINGAPORE — Singapore will ban the domestic trade in ivory from September 2021, the government said on Monday, shutting the door to an important end-market for poached elephant ivory.

Demand for ivory from Asian countries such as Vietnam, where it is turned into jewels and ornaments, has led to a surge in poaching across Africa.

But environmentalists say poached ivory can be disguised as legal as long as trade is allowed in licensed outlets on the high street and online.

"Singapore announced today a ban on the domestic trade in elephant ivory," The National Parks Board, a government agency, said in a statement that coincided with World Elephant Day.