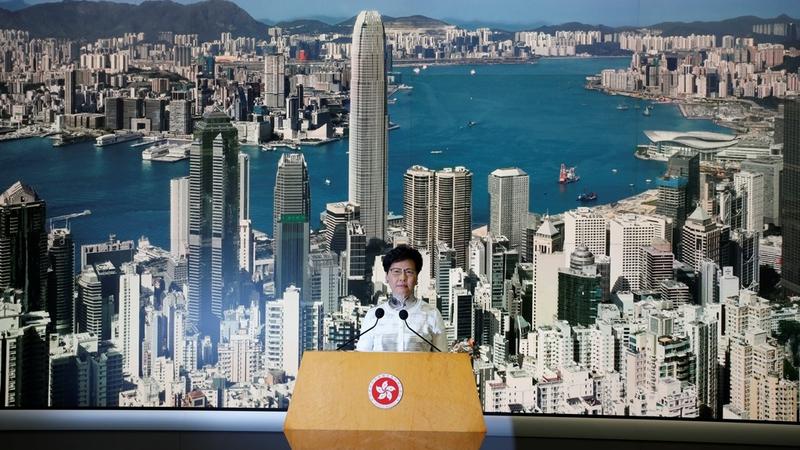 Following are the opening remarks by the Chief Executive, Carrie Lam Cheng Yuet-ngor, at a media session on Saturday afternoon:

Fellow citizens and members of the media,

In February last year, a murder case in Taiwan shocked and saddened many Hong Kong people.  A young Hong Kong lady was killed, and the suspect fled back to Hong Kong.  The case caused deep sorrow to the victim’s parents, while at the same time revealed a clear loophole in our regime with respect to mutual legal assistance in criminal matters and the surrender of fugitive offenders.  The deficiencies in our regime include, first, with the “geographical restriction” in the current law, it is not possible to transfer a suspect to Taiwan or our neighboring Mainland and Macao. Secondly, there is no workable arrangement for the surrender of fugitive offenders with some 170 jurisdictions which have not entered into a long-term agreement with Hong Kong.

As a responsible government, I feel obliged to find a way to deal with the Taiwan murder case so that justice can be done for the deceased, her parents and society, while at the same time address the deficiencies in our system so that Hong Kong will not become a place for criminals to evade legal responsibility.  These are the two original purposes of the Government in putting forward the legislative proposal to amend the Fugitive Offenders Ordinance and the Mutual Legal Assistance in Criminal Matters Ordinance.

After careful examination of the relevant laws and the practices of other jurisdictions, the legislative amendment exercise started in Hong Kong in February this year.  Our proposal is based on the existing legislation, with the relevant human rights safeguards and procedural safeguards, including the role of the court and the fair and impartial judicial system of Hong Kong, being fully maintained.  Relevant colleagues have been discussing with various sectors of the community in a rational manner and listening to their views on our legislative proposal.  As the suspect in the Taiwan case, who has been in jail on other charges, may be released soon, we have been trying to get the bill passed within the current legislative year, that is, before the Legislative Council summer recess in July this year.

As a matter of fact, after listening to the views of society, we have introduced amendments to our proposal on two occasions.  The first occasion was before the introduction of the bill, when we took out nine categories of offences from the list of offences subject to surrender, and lifted the threshold for punishment of the offences from imprisonment for more than one year to more than three years.  The second occasion was after the introduction of the bill in the Legislative Council, when we increased the threshold from more than three years to not less than seven years, as well as introduced a number of additional human rights safeguards that are in line with international standards.  The amendments were made to ease the concerns of society, while securing more support for the bill.

My relevant colleagues and I have made our best efforts.  But I have to admit that our explanation and communication work has not been sufficient or effective.  Although many people agreed with our two original purposes, there are still supporting views and opposing ones on the bill, and their stances are very often polarized.  Furthermore, many members of the public still have concerns and doubts about the bill.  Some find it difficult to understand why the urgency, and are unhappy with the process of the amendments.  We have made many attempts to narrow differences and eliminate doubts.

In the last week, tens of thousands of people took part in protests and gatherings.  Serious conflicts broke out in the early hours on Monday after the public procession last Sunday and during the protest in the Admiralty area on Wednesday, resulting in a number of police officers, media workers and other members of the public being injured.  I am saddened by this, as are other citizens.  As a responsible government, we have to maintain law and order on the one hand, and evaluate the situation for the greatest interest of Hong Kong, including restoring calmness in society as soon as possible and avoiding any more injuries to law enforcement officers and citizens.  I am grateful for the views of many pro-establishment legislators and leaders of various community sectors conveyed to me over the last few days either openly or in private, that we should pause and think instead of resuming the Second Reading debate on the bill at the Legislative Council as scheduled.  This would prevent dealing a further blow to society.  In fact, in consideration of the overt and clear expression by Taiwan repeatedly that it would not accede to the suggested arrangement of the Hong Kong Special Administrative Region Government in the transfer of the concerned suspect, the original urgency to pass the bill in this legislative year is perhaps no longer there.

After repeated internal deliberations over the last two days, I now announce that the Government has decided to suspend the legislative amendment exercise, restart our communication with all sectors of society, do more explanation work and listen to different views of society.  I want to stress that the Government is adopting an open mind to heed comprehensively different views in society towards the bill.  The Secretary for Security will send a letter to the Legislative Council President to withdraw the notice of resumption of the Second Reading debate on the bill.  In other words, the Council will halt its work in relation to the bill until our work in communication, explanation and listening to opinions is completed.  We have no intention to set a deadline for this work and promise to report to and consult members of the Legislative Council Panel on Security before we decide on the next step forward.

I would like to thank all the pro-establishment legislators and members of the public for their support all along for our legislative exercise, as well as the people and organizations that have expressed their views in a peaceful and rational manner, even if they do not support the bill.  As a free, open and pluralistic society, Hong Kong needs such a spirit of mutual respect and harmony in diversity.

Lastly, as the Chief Executive of the Hong Kong Special Administrative Region, I want to stress that the original purposes of the exercise stem from my and my team’s passion for Hong Kong and our empathy for Hong Kong people. I feel deep sorrow and regret that the deficiencies in our work and various other factors have stirred up substantial controversies and dispute in society following the relatively calm periods of the past two years, disappointing many people. We will adopt the most sincere and humble attitude to accept criticisms and make improvements so that we can continue to connect with the people of Hong Kong.

Thank you very much.