A reopening of remembrance 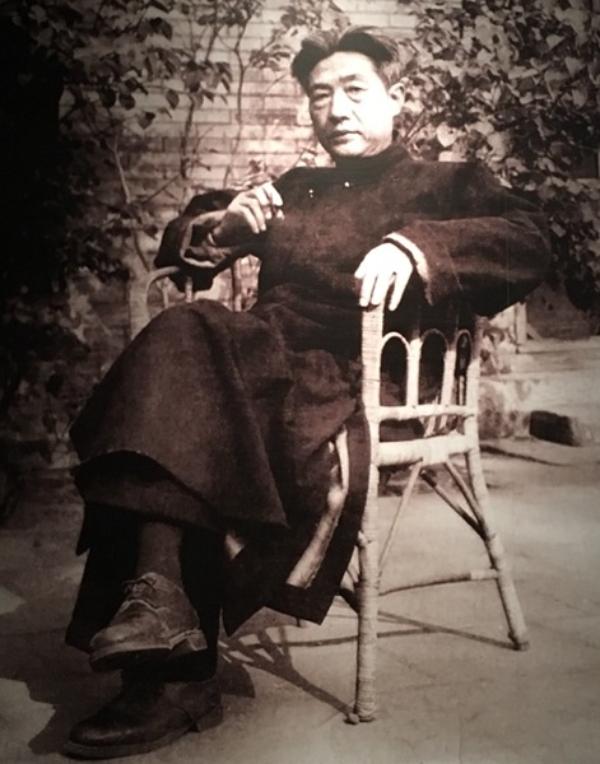 Perhaps the best way to remember artistic gurus is to share their masterpieces with people. After nine years of renovation and expansion, the new Xu Beihong Memorial Museum, covering over 5,300 square meters in Beijing's Xinjiekou area, opened to the public on Sept 17.

Xu Beihong, a native of Yixing, Jiangsu province, was the first director of the Central Academy of Fine Arts in Beijing after the founding of New China in 1949

The signature works created by Xu Beihong (1895-1953), one of the most important painters in 20th-century China, will be on permanent display.

ALSO READ: Art with a message

Xu, a native of Yixing, Jiangsu province, was the first director of the Central Academy of Fine Arts in Beijing after the founding of New China in 1949. He lived in Europe from 1919 to 1927 and was nurtured by the classic traditions of European art and culture. But Xu mixed these elements into traditional Chinese ink painting and created his own style.

"Thanks to the restoration of his works, we've brought out everything important we could for the public to have a panoramic understanding of his artistic achievements," says Xu Qingping, the master painter's son, who's also director of the memorial museum.

After Xu Beihong died, his wife, Liao Jingwen, donated 1,200 of his artworks and 1,200 ancient paintings he'd collected to the government. They are now housed in the memorial museum.

Xu Qingping says key highlights of the collection will be exhibited from time to time. 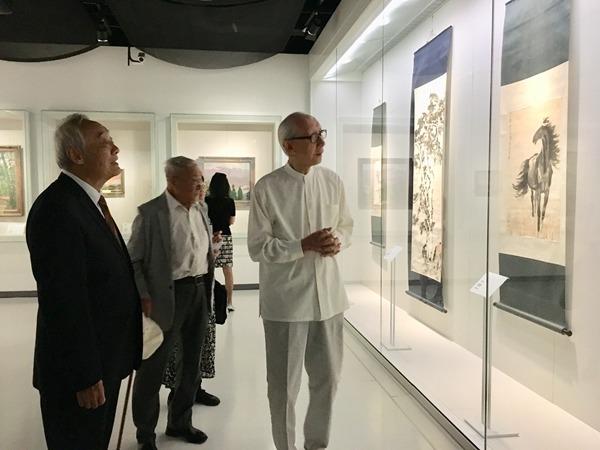 "Traditional forms of fine art have been abandoned or distorted in many places around the world," Xu Qingping says. "Through my father's works, we want to remind people that modern Chinese artists pursued truth, kindness and beauty."

Xu Qingping says his father's patriotism is promoted through the display. Xu Beihong painted many pieces in support of China's War of Resistance Against Japanese Aggression (1931-45).

The exhibits include three of his best-known historically themed oil paintings-Tian Heng and His 500 Retainers (1930), Xi Wo Hou, or wait for our lord (1933), and Foolish Old Man Attempting to Remove Mountains (1940)-which are respectively considered to hail loyalty, freedom and persistence.

Also on show is a series of ink-and-water paintings of galloping horses, another representative theme in Xu Beihong's art that stands for tenacity.

"We can see techniques of Western painting in his work ... but he fully expressed his cultural confidence as a Chinese artist."

Liu continues: "He revived ancient classics of Chinese paintings in a creative way-to get close to reality and give them romantic color."

Some exhibits reflect his connections with other important figures of the time. For example, his portraits of Indian poet and Nobel laureate Rabindranath Tagore - with whom he interacted in the late 1930s and early 1940s - and Xu Beihong's friendship with Chinese painter Qi Baishi.

The memorial museum is located in the neighborhood where Xu Beihong had lived. However, his old house was demolished in 1967, during the construction of the city's subway. In 1982, a 2,000-square-meter memorial hall was rebuilt around the site. It was open until 2010, and then closed and reopened again after the recent renovation. 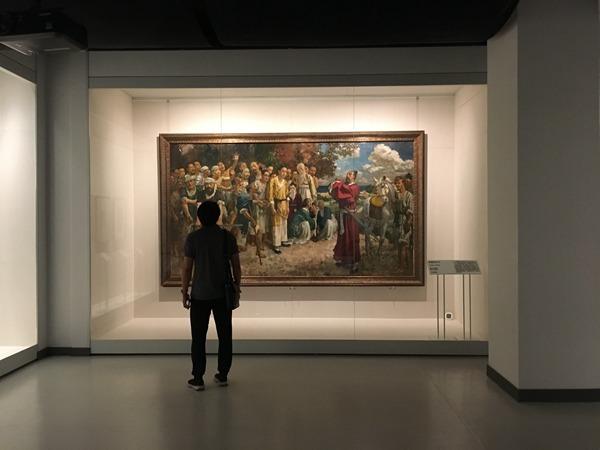 A visitor views the 1930 painting, Tian Heng and His 500 Retainers, a representative work by Xu Beihong, at the newly renovated Xu Beihong Memorial Museum in Beijing. (PHOTO / CHINA DAILY)

Wu Weishan, director of the National Art Museum of China, says reopening the memorial museum on the eve of the 70th birthday of New China has a particular meaning.

"His merit is still being spread among educators today in China. He has told us fine art has social significance. We Chinese artists need to continuously pursue creativity to catch up with the time."

According to Wang Hongying, chief executive of the museum, the new museum will also serve as a place for fine-arts education for the public. It'll host frequent lectures, and there will be a children's area for educational programs in the future.

"We also want to use the museum as a venue for fine-art exhibitions that will reflect Xu Beihong's spirit," Wang says.