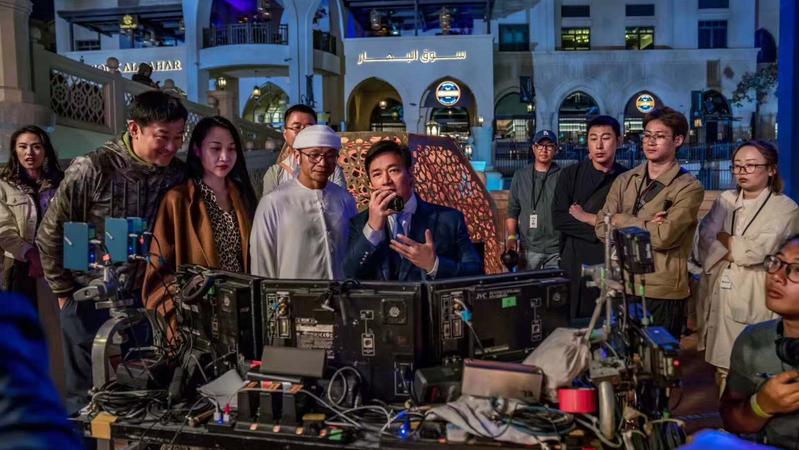 From the 1990s hit Rumble in the Bronx to the recent China-India blockbuster Kung Fu Yoga, director Stanley Tong is one of a select few to come up with a formula of international success for Chinese films.

Also serving as the standing director of the Taihu World Cultural Forum, the globally recognized filmmaker shared his insight during a visit to China Daily's Beijing headquarters on Sunday.

"In terms of market response and box office takings, the most successful Chinese films in the global market are still action titles," says Tong.

Over the past half century, martial arts films, led by giants from Bruce Lee to Jackie Chan and Jet Li, have earned Chinese films widespread recognition in North America, historically a difficult market for foreign imports to tap into.

If Chinese filmmakers want to tap into overseas markets, they need to raise their storytelling skills and understand what foreign audiences want to watch

As one of the leading figures in Hong Kong cinema's golden age, Tong still clearly remembers the US debut of his directorial feature Rumble in the Bronx in 1996.

When the film unfolded to a scene featuring a policeman, played by Chan, making a death-defying jump from a rooftop parking lot onto the balcony of a building across the street, "the audience clapped", he recalls.

The sequence highlights that Chan's character would rather risk his life than be humiliated by a gangster, exemplifying typical Chinese values, he says.

"Chan's character is gentle and nice to everyone in daily life, but when he is bullied and offended, he won't be a coward and will fight back," says Tong.

As Chan's first real splash in the United States, the film opened on more than 1,700 screens across North America in 1996, topping the US box office charts in its opening weekend.

Despite the fact that Chan's previous three efforts targeting North America failed to scoop the anticipated plaudits, the film was a major success in changing Western perceptions of Chinese heroes on the silver screen, and expanded Chan's popularity as a kung fu icon outside Asia. 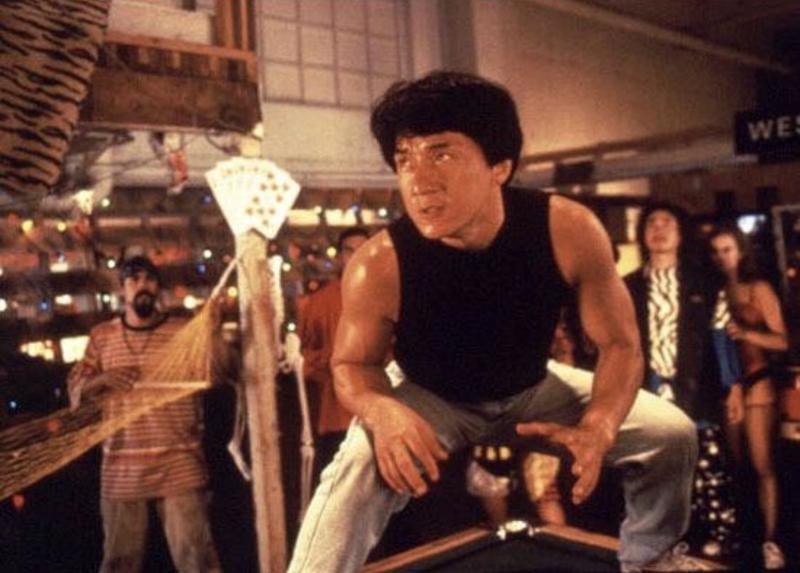 Jackie Chan acts as the hero in Tong's Rumble in the Bronx, released in 1995 in China and shown in the US in 1996. (PHOTO PROVIDED TO CHINA DAILY)

Tong believes market research was significant for the success.

"The North American distributors gave us two suggestions. One was to showcase Chan's stunts and the other was to set the story in the US," he says.

Ang Lee's Oscar-winning Crouching Tiger, Hidden Dragon and Zhang Yimou's Hero again proved that martial arts is the best genre for Chinese films to leverage in order to win a slice of the US market.

Crouching Tiger and Hero, respectively, raked in US$128 million in 2000 and US$53.7 million in 2004, to become the two highest-grossing Chinese films in North America.

Hollywood's most lucrative franchises are also action blockbusters, such as the Marvel superhero movies, the Fast and Furious series, and James Bond films. But Chinese action films have unique characteristics.

However, language remains one of the biggest hurdles for Chinese films trying to reach overseas screens.

"English is somewhat an international language. It makes it easier for Hollywood to win over the rest of the world," says Tong.

"The mainstream audiences in the US are reluctant to watch foreign films with subtitles. Most of these could just be released in arthouse cinemas or theaters in Chinatowns, which only have dozens of screens, but mainstream distribution can reach 2,000 screens."

However, with the rise of China and the uptake in learning Mandarin, Tong believes Chinese films will get a bigger market.

Aside from the big-budget commercial films, arthouse films can also expand Chinese recognition overseas through participation in international festivals, such as Europe's most prestigious events in Cannes, Venice and Berlin, according to Tong.

Additionally, a shortage of talent is a longtime concern for the rapidly-expanding Chinese film industry. 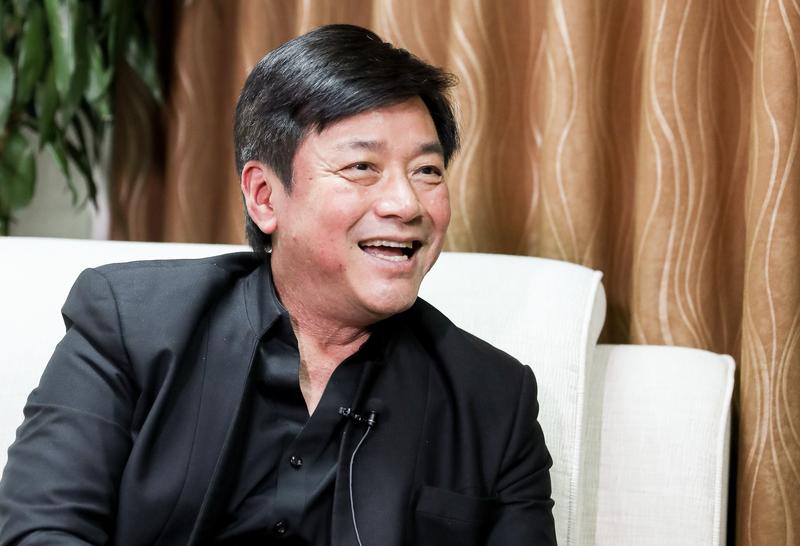 Last year, the country's annual output accounted for more than 1,000 features but even the domestic market's highest-grossing films such as Operation Red Sea and Detective Chinatown 2 performed poorly outside China.

"The number of Chinese directors who are recognized by the international market is around 20. They are even more precious than pandas," he says, jokingly.

"If Chinese filmmakers want to tap into overseas markets, they need to raise their storytelling skills and understand what foreign audiences want to watch," adds Tong.

Approaching the Conference on Dialogue of Asian Civilizations, Tong says he believes such events, also including the Taihu World Cultural Forum held in Suzhou, Hangzhou, Shanghai, Macao and Beijing since 2008, will increase opportunities for Chinese filmmakers to communicate with counterparts from other countries.

He also suggests that Asian countries establish a cinema chain specializing in screening their films in areas surrounding American universities.

Coproduction is a vital element and must be targeted properly, he says. "Initially, a coproduction should look at which market is its main goal."

"Indian films usually run over three hours, and consist of a lot of dancing and singing. Music is an important part in the appeal of Indian films," he says. "But such a model does not work to attract Chinese audiences. As China already has a huge market, we decided to tailor it for the domestic audience."

With a childhood fascination for Chinese culture and literature, the Hong Kong-born, Canada-educated director reveals he will follow his most familiar formula to direct action films about Chinese heroes.

Just a few hours before the interview, Tong was busy shooting his latest film Vanguard, about a Chinafounded international security company, on the outskirts of Beijing. The film stars Chan, heartthrob Yang Yang and A-list comedian Ai Lun.

"The movie just concluded overseas filming in London, Dubai, India and Africa, and will finish shooting in around 20 days," he says.

The prolific director is also planning another film, which will depict China in 2035.

"I believe Chinese films will get better. It's just a matter of time."