Climate talks shift to nitty-gritty details of Paris accord 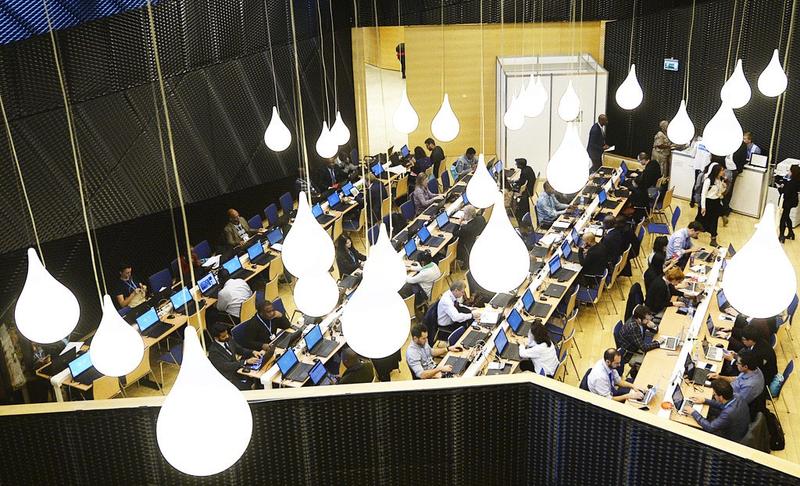 KATOWICE, Poland — Negotiators at the UN climate talks got down to the nitty-gritty task Tuesday of finalizing the rules for the Paris accord, a landmark agreement by countries three years ago to curb global warming.

The 2015 accord set a goal of keeping average global temperature increases well below 2 degrees Celsius by the end of the century. Scientists say the deal's most ambitious goal — limiting the rise to 1.5 degrees C — is still feasible, but increasingly challenging.

The two-week meeting brings together diplomats from almost 200 countries, often with differing agendas. Some, such as the small Pacific islands, are pressing for urgent and drastic action, especially from developed countries, to reduce greenhouse gas emissions. Others, such as the European Union, agree on the need to cut emissions but want to ensure all countries contribute a fair share.

The US is also taking part, despite announcing last year that it's pulling out of the Paris accord.

Decisions on crunch issues, which may include financial aid for poor countries, are expected to be left to ministers when they gather at the domed conference venue in the southern Polish city of Katowice next week.

UN Secretary-General Antonio Guterres, who issued a dramatic appeal to governments Monday to confront the threat of unchecked climate change, said he hopes the event in Poland will serve as a stepping stone for a meeting of leaders he is convening on the sidelines of next year's General Assembly.

Guterres said he hopes to have progress by then on efforts to mobilize US$100 billion to help developing nations reduce their emissions and adapt to climate change.

"The capacity to come to the summit with a clear perspective on how that can be delivered and with a transparent approach to the financial dimension, that is absolutely crucial for our work to be effective," he said.

Across town, a brass band led celebrations Tuesday honoring the patron saint of miners . Katowice has a long history of coal mining, an industry that experts say can't continue for much longer if global goals to cut carbon emissions are to be met.

Anna Wiazek, a hairdresser from Katowice, said she was reserving judgment on the climate summit until the end.

"We will see what comes out of it, because a conference is a conference but what is really important is what is actually done, the actions," she said. "But I'm happy and proud that this conference is taking place in Katowice, in our region because people will see that it is interesting and not so very polluted at all, that we can live comfortably here." 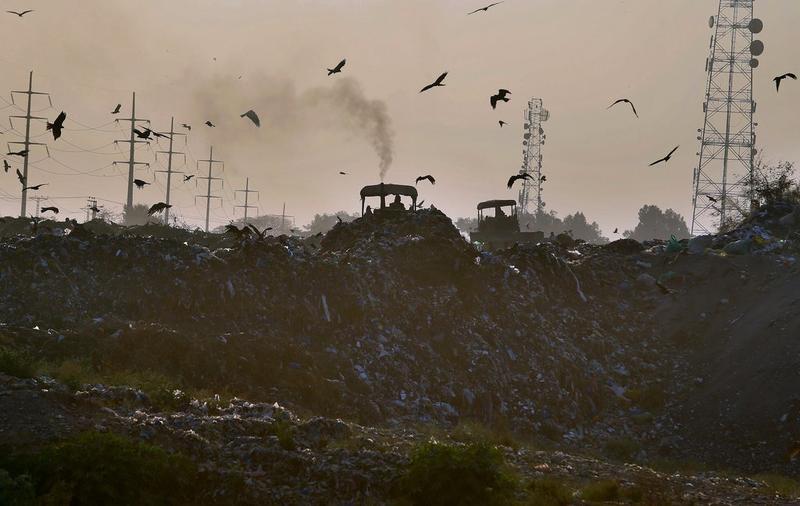 Smoke is emitted from the silencer of a tractor working on a garbage-dump on the outskirts of Islamabad, Pakistan,  Dec 4, 2018. (ANJUM NAVEED / AP)

Elsewhere in Katowice, a US campaign group called the Heartland Institute held a meeting criticizing the widespread consensus among scientists that global warming is a man-made phenomenon . About 10 people attended the event, where speakers claimed that temperature increases recorded in recent decades are largely due to increased activity from the sun.

Such claims are frustrating for scientists who have spent decades studying past variations in Earth's climate in order to understand current changes and provide forecasts for the future.

"The strength of the IPCC report is the review process," said Masson-Delmotte, who co-chaired one of the report's three working groups. "It's open, it's transparent and the report has benefited from the critical minds of more than 1,000 reviewers and 42,000 review comments."

Scientists looked specifically at the influence of non-human factors, too, she said.

"It's clear that the warming trend can only be explained by the response of the climate to more greenhouse gas emissions and their accumulation in the atmosphere," said Masson-Delmotte. "What we observed is consistent with basic physics, with the outcome of theoretical work, as well as numerical climate models. It doesn't mean that solar activity, volcanic activity, natural variations don't play a role but they don't explain the observed warming."

She noted that none of the authors of the IPCC reports receive payment for their contributions. "And honestly if I would want to make more money, I would work in the finance sector, not in academic research, that's for sure," she added.