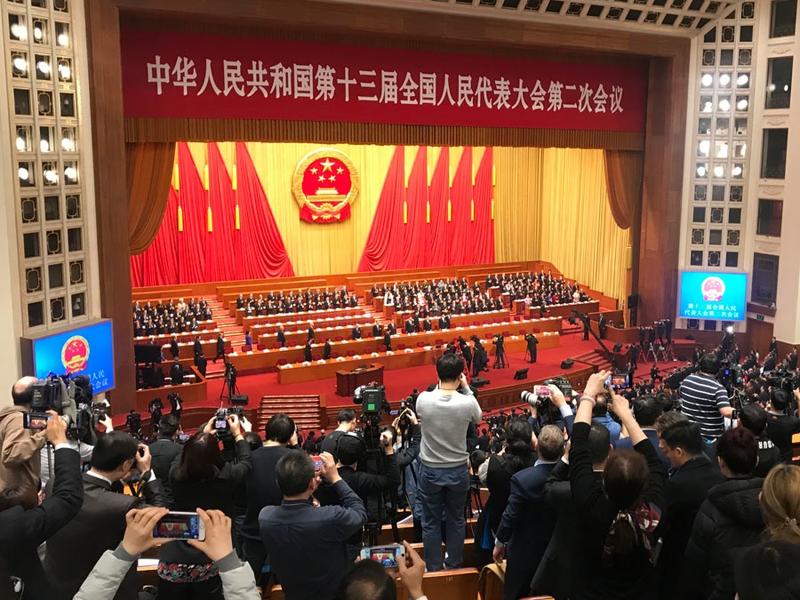 Xi Jinping and other leaders of the Communist Party of China and the state were present at the opening meeting, which was attended by nearly 3,000 NPC deputies.

Li Keqiang delivered the government's work report on behalf of the State Council to the legislature for deliberation.

Speaking at the opening meeting of the second annual session of the 13th National People's Congress, Premier Li Keqiang admitted that China faced severe challenges caused by the growing pains of economic transformation.

Looking back on the past year, we can see that our achievements did not come easily

"Looking back on the past year, we can see that our achievements did not come easily," Li said while delivering the government work report to the annual legislative session Tuesday.

"An interlacing of old and new issues and a combination of cyclical and structural problems brought changes in what was a generally stable economic performance, some of which caused concern," he said.

Li said that China also faced a profound change in its external environment in 2018.

Setbacks in economic globalization, challenges to multilateralism, shocks in the international financial market, and especially the China-US economic and trade frictions, had an adverse effect on the production and business operations of some companies as well as on market expectations, according to the premier.

Moreover, China was facing a complicated terrain of increasing dilemmas, with multiple targets to attain, such as ensuring stable growth and preventing risks, as well as multiple tasks to complete, like promoting economic and social development.

The country also had multiple relationships to handle, including that between short-term and long-term interests, while the difficulty of making policy choices and moving work forward increased markedly, Li said.