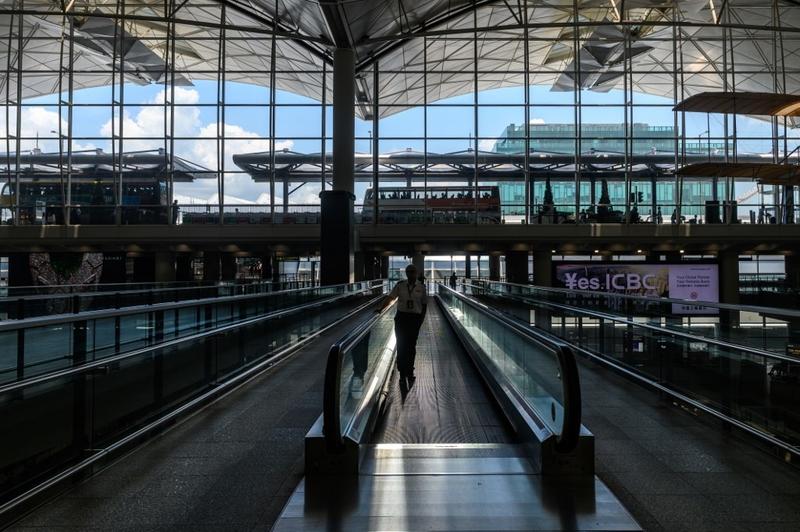 HONG KONG – The US government has raised its warning for travelers to Hong Kong because of increasing violence surrounding waves of protests in the city.

The Level 2 travel advisory issued by the US State Department on Thursday urged "increased caution in Hong Kong due to civil unrest" and told travelers to avoid demonstrations and to "exercise caution if unexpectedly in the vicinity of large gatherings or protests."

US travel advsiorty to HK

The protests in the Asian financial hub began with opposition to a now-suspended extradition bill, and have evolved into radical and violent activities that seriously violate law and jeopardize the city’s security and order.

"The protests and confrontations have spilled over into neighborhoods other than those where the police have permitted marches or rallies," read the advisory, which was posted on the US Consulate General Hong Kong and Macau's website on Wednesday.

"These demonstrations, which can take place with little or no notice, are likely to continue," it read. The advisory was raised to level two on a four-point scale.

Australia also warned its travelers in an updated advisory on Wednesday, recommending they “exercise a high degree of caution” as unrest in the city escalates.

“Protests have become more unpredictable and are expected to continue,” Australia’s Department of Foreign Affairs and Trade said on its Smartraveller website. “Tourist areas have been affected. There is a risk of violent confrontation between protesters and police, or criminally-linked individuals, particularly at unauthorized protests.”

More protests are planned in several districts across the city this weekend, starting on Friday, with demonstrators also planning a three-day rally at the city's international airport.

Hong Kong police said they had arrested 589 people since the protests began in June. Many of those arrested have been charged with rioting, which carries a 10-year jail term

The normally efficient and orderly city has seen its transport network besieged and shut down by demonstrators, while protests across the city have also shut big-brand stores and popular shopping malls.

Hong Kong police said they had arrested 589 people since the protests began in June. Many of those arrested have been charged with rioting, which carries a 10-year jail term.

The special administrative region’s Chief Executive Carrie Lam Cheng Yuet-ngor visited various districts on Wednesday to speak with residents and inspect a police station that had been the target of recent protests.

She said in a statement after the visit the government would put forward measures to improve people's livelihoods.