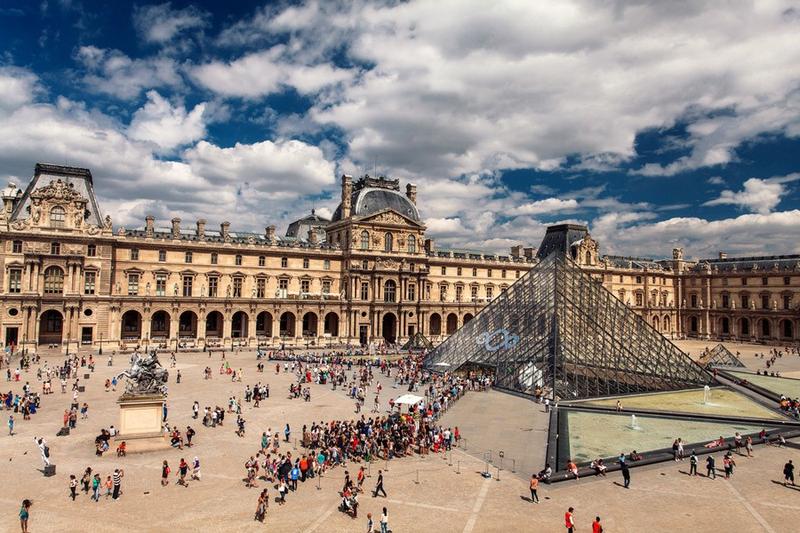 The Louvre Palace and the glass pyramid by day. (PHOTO / IC / CHINADAILY.COM.CN)

Editor's Note: Museums are an important means for cultural exchange and enrichment as well as the development of mutual understanding and cooperation among people.

Near Tiananmen Square in Beijing, it's one of the largest museums in the world and the second-most visited art museum in the world, just after the Louvre

Museums first appeared in human civilization 2,500 years ago, with Ennigaldi-Nanna's museum from around 530 BCE as the first known to historians. Since that time, this institution has kept reinventing itself to become an interactive cultural hub where creativity combines with knowledge.

This Saturday, International Museum Day, marks a yearly celebration for heritage lovers worldwide. Coordinated by the International Council of Museums (ICOM) since 1977, the event opens up more communications between museum professionals and the public.

Last year, more than 37,000 museums participated in the event in about 158 countries and territories. Chinese cultural organizations including the Palace Museum, the Chinese University of Hong Kong and Taipei Fine Art Museum have planned special events for the day.

The Art Newspaper, an online and print publication that covers the international art world, listed the 10 most visited art museums based on attendance figures in 2018. How many of these places have you visited? It's time to decide your next travel destination.

It is the world's largest art museum and a historical landmark of Paris. Housed in the Louvre Palace, the museum has been extended many times since its opening in 1793. Its glass pyramid in the main courtyard was designed by Chinese American architect Ieoh Ming Pei, and it later became a signature design of the museum, appearing in the hit thriller The Da Vinci Code starring Tom Hanks and Audrey Tautou. 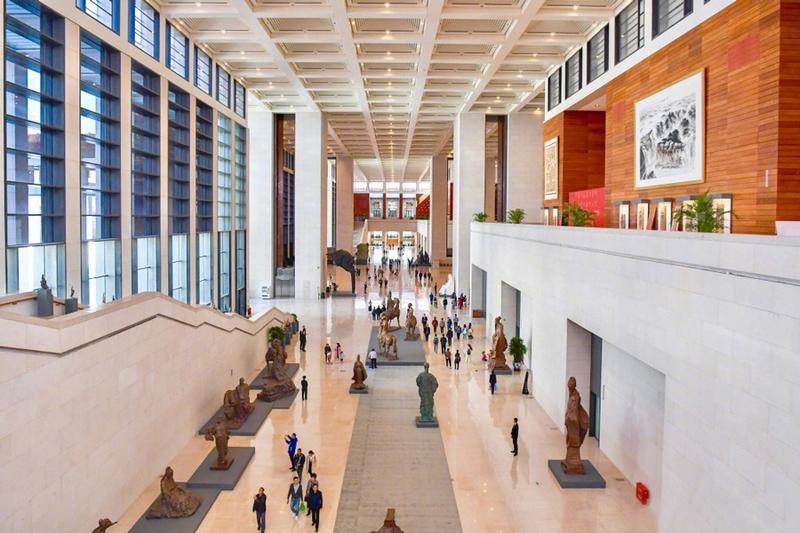 Near Tiananmen Square in Beijing, it's one of the largest museums in the world and the second-most visited art museum in the world, just after the Louvre.

Covering a time span from the Yuanmou Man of 1.7 million years ago to the Qing Dynasty (1644-1911), the museum boasts around 1.05 million items – and many cannot be found in museums elsewhere. 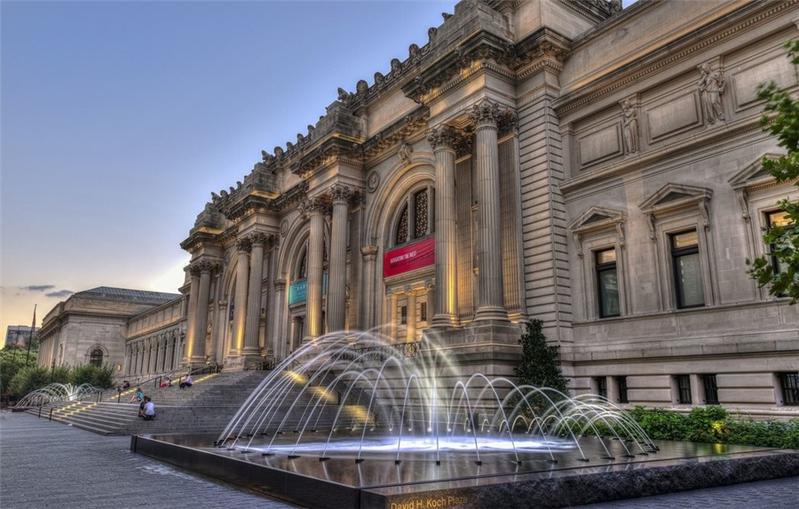 The exterior of the Metropolitan Museum of Art in New York. (PHOTO / IC / CHINADAILY.COM.CN)

Commonly known as the Met, the museum is among the must-visit attractions in New York City. It stands on the eastern edge of Central Park at Manhattan's Upper East Side.

The Met maintains extensive holdings of African, Asian, Oceanian, Byzantine and Islamic art. Every May, the museum holds the luxurious, blockbuster Met Gala, grabbing global attention like the Oscars. 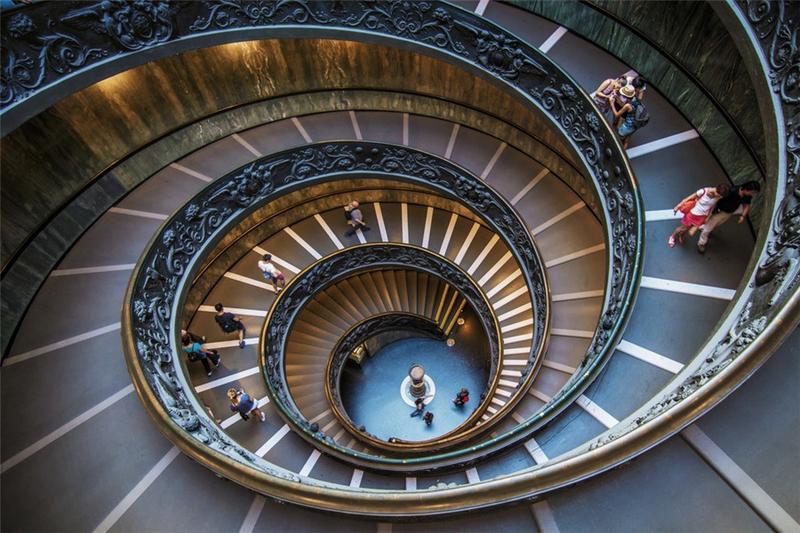 If you are into Roman history and Renaissance art, the Vatican Museums will be your ideal destination. Along the exhibition route, visitors can relish the marvelous Sistine Chapel decorated by Michelangelo and the Stanze di Raffaello decorated by Raphael. 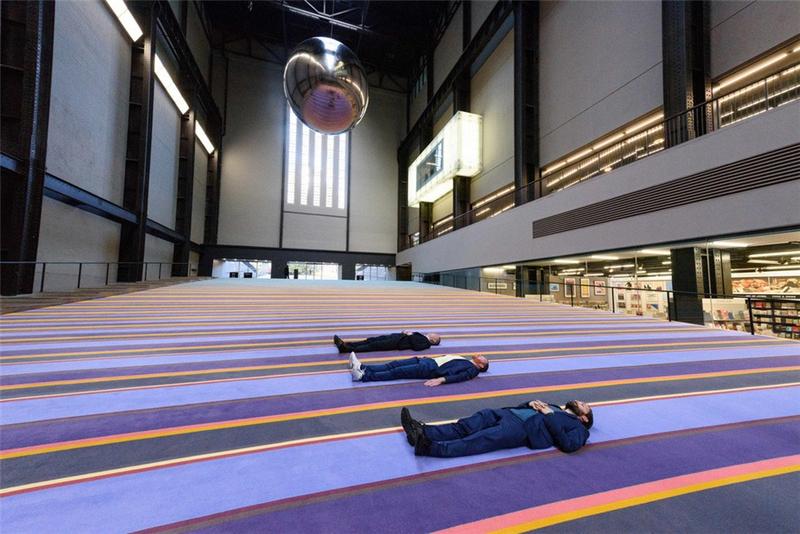 An artist group with their exhibition at the Turbine Hall of Tate Modern. (PHOTO / IC / CHINADAILY.COM.CN)

Together with other Tate museums, Tate Modern located in London is a national gallery of international modern art. It is one of the largest museums of modern and contemporary art in the world. Most of the exhibit items are open to the public for free, only charging for major temporary exhibitions. 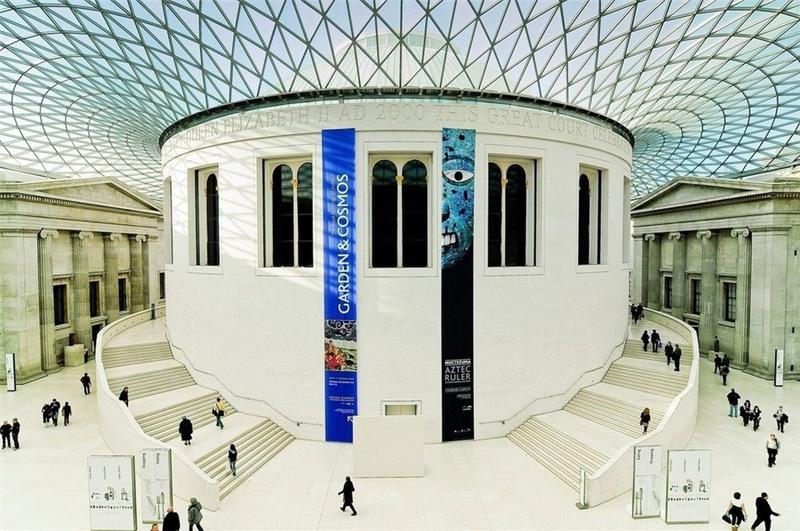 The Great Court of the British Museum. (PHOTO / IC / CHINADAILY.COM.CN)

Established in 1753, the British Museum is largely based on the collections of the Irish physician and scientist Sir Hans Sloane. At present, its comprehensive permanent collection has reached 8 million works. It was the first public national museum in the world. If you go, remember to take a photo under the Great Court. 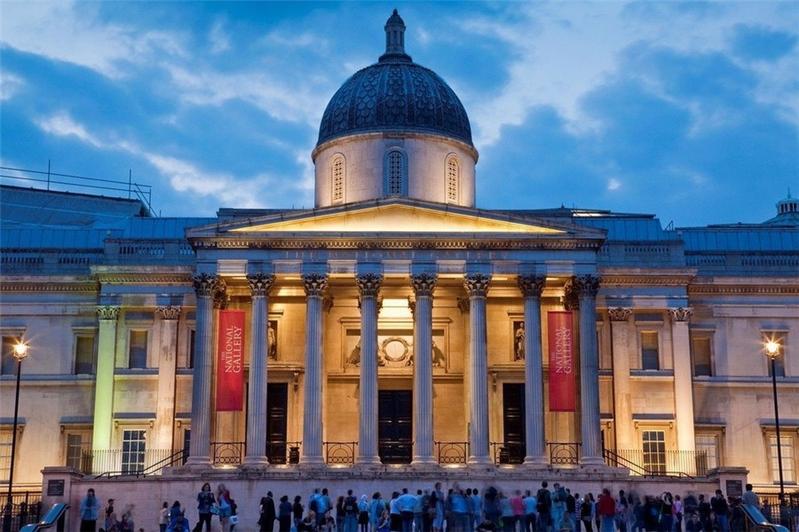 The Arnolfini Portrait by Jan van Eyck, The Virgin of the Rocks by Leonardo da Vinci and Sunflowers by Vincent van Gogh are among the collection of over 2,300 paintings dating from the mid-13th century to 1900 housed at the National Gallery, one of the most visited art museums in the world. Entry to the major collection is free of charge. 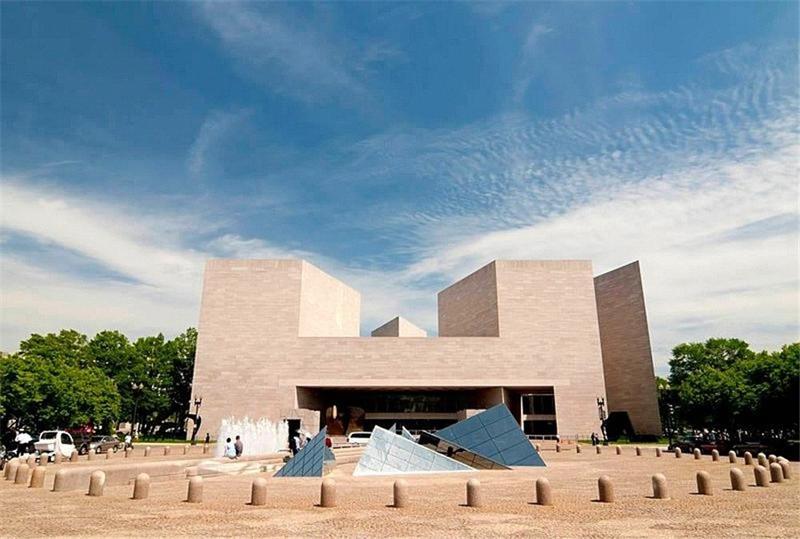 In Netflix's hit show House of Cards, Frank Underwood and Zoe Barnes meet a couple of times at the West Building of the National Gallery – in front of paintings like Eakins's The Biglin Brothers Racing and Mary Cassatt's Little Girl in a Blue Armchair. 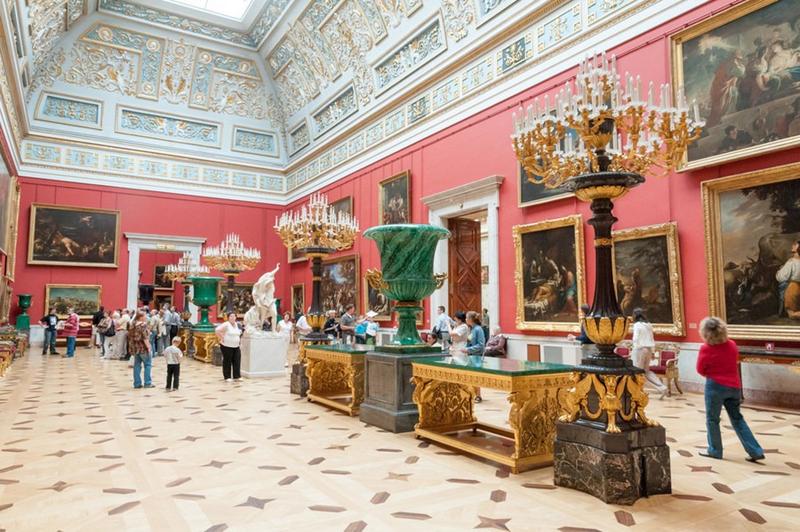 The State Hermitage Museum is the second-largest art museum in the world. The public can visit five buildings of the main museum complex: the Winter Palace, Small Hermitage, Old Hermitage, New Hermitage and Hermitage Theatre.

Frequently seen in pop culture, it often appears as a setting for films, TV series, novels and even video games. 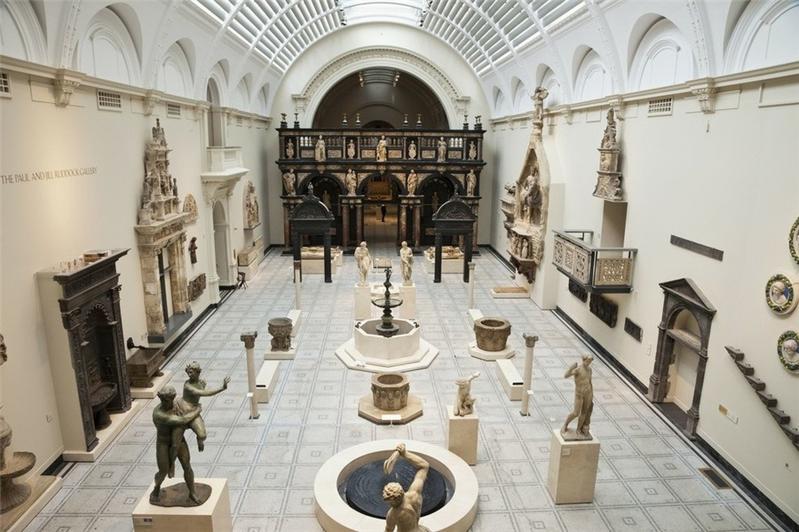 The Paul and Jill Ruddock Gallery in the Victoria and Albert Museum. (PHOTO / IC / CHINADAILY.COM.CN)

Founded in 1852, the museum was named after the royal couple Queen Victoria and Prince Albert. It is most famous for the extensive collection of applied and decorative arts and design, as well as sculpture.

Through its most comprehensive costume collection in the UK, visitors can appreciate fashion designs by legendary figures such as Coco Chanel, Hubert de Givenchy, Christian Dior, Cristóbal Balenciaga and Yves Saint Laurent.