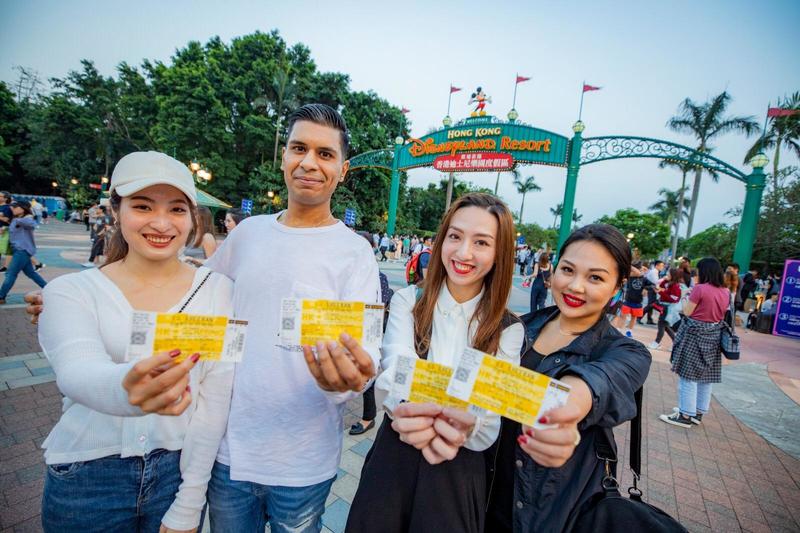 The Fantasy Road Outdoor Venue at Hong Kong Disneyland saw unprecedented revelry on April 17 as some 22,000 fans from Hong Kong and the region gathered to see their British megastar after his concert was abruptly cancelled two years ago.

Sheeran was forced to call off the show in Hong Kong in late 2017 following a bike accident that damaged his right wrist and left elbow a few months before he was due to start his concert tour.

With growing demand in the concert tourism industry, the lack of large outdoor show place is a major problem in Hong Kong that has prevented many international stars from coming here to perform

The pop idol had planned to perform on stage in Hong Kong for two consecutive nights — on April 17 and 18 — but a heavy thunderstorm disrupted the second night’s performance. Sheeran’s Asian tour will also take him to Tokyo, Osaka, Seoul, Singapore, Bangkok and Jakarta.

Prisca, a newlywed Hong Kong girl who was raised abroad and studied overseas, said she had postponed her honeymoon just to watch Sheeran’s performance as she had always dreamed of an outdoor concert being held in Hong Kong.

“With growing demand in the concert tourism industry, the lack of large outdoor show place is a major problem in Hong Kong that has prevented many international stars from coming here to perform,” said Karen Kwan, MICE and event business director at Hong Kong Disneyland Resort.

The Fantasy Road parking center at Hong Kong Disneyland is an ideal outdoor venue for staging international-standard concerts, said Kwan, due to its super huge capacity to accommodate more than 20,000 people, as well as Disney’s advanced infrastructure to create a “hotel-resort-concert” one-stop holiday entertainment experience.

To ensure that the concert proceed smoothly and safely, Hong Kong Disneyland Resort, together with Sheeran’s concert organizer AEG Presents Asia, had teamed up with various government departments and organizations, including the police, fire services, MTR Corp and bus companies to meet the needs of concert goers.

Taiwanese band Mayday, which performed at the same venue over six shows last year, will again team up with Hong Kong Disneyland this year to kick off an audio-visual feast between May 3 and 5, and from May 10 to 12.

Hotel-ticket packages, including two concert tickets for the Mayday Just Rock It 2019 BLUE and a night’s standard room stay in Disney’s Hollywood Hotel and Disney Explorers Lodge are on offer, with prices starting from HK$3,120 and HK$4,384, respectively.

Last year, a series of six outdoor concerts by Mayday marked a groundbreaking initiative using the resort’s coach park to host 120,000 concert goers, 40 percent of whom were local residents, contributing to hikes of 30-percent in hotel occupancy and 20-percent in park visitation, according to Hong Kong Disneyland Resort.

Since 2010, Hong Kong Disneyland Resort has offered various packages with private access to the entire park or just some of its key areas, and an array of privileges, attracting about 80,000 people during the Christmas season in 2016 and 2017.

Kwan said the resort will introduce some new facilities and events, such as the iconic castle currently under maintenance, the Frozen and Marvel theme area, which will, ultimately, inject new energy into the development of the MICE business.

As of late fiscal year 2018, the Hong Kong Special Administrative Region Government had a 53-percent majority interest in the theme park, with The Walt Disney Company holding the remaining 47 percent.