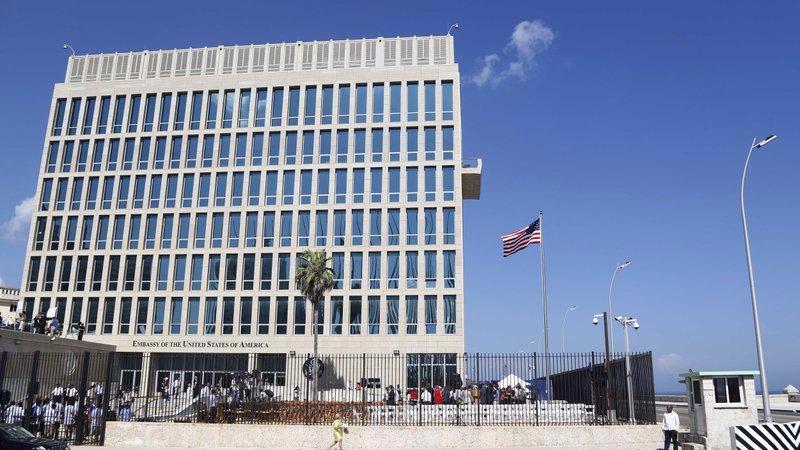 HAVANA - Cuba said on Friday that the US decision to withdraw up to 60 percent of its diplomatic personnel in Cuba is a "hasty decision" that will affect bilateral relations between the former Cold War enemies.

Josefina Vidal, director general of US affairs at the Cuban Foreign Ministry, made the remarks in a short statement to Cuban state television.

She said that Cuba has "no responsibility" over the alleged "sonic attacks" on US diplomats which caused physical symptoms to 21 Americans serving in Havana.

director general of US affairs at the Cuban Foreign Ministry

"Cuba rigorously complies the Vienna Convention on diplomatic relations regarding the physical integrity of diplomatic personnel and their family members and has nothing to do with these incidents," she said.

The US State Department earlier Friday ordered more than half of its Havana embassy personnel to leave the country in response to mysterious attacks harming the health of US diplomats.

Washington also issued a travel warning, telling Americans not to visit the country because some attacks occurred in hotels.

US Secretary of State Rex Tillerson said Washington would maintain diplomatic ties with Cuba and the two countries would continue to cooperate in investigating the attacks.

However, Washington's move deals a major blow to already delicate relations between the two Cold War foes after US President Donald Trump partially reversed the historic rapprochement with the island started by his predecessor, Barack Obama.

At a meeting in Washington this week, Tillerson reminded Bruno Rodriguez, Cuba's foreign minister, of the country's obligation under the Vienna Convention to protect diplomats and their families.

Rodriguez said after the meeting that Cuba had an "impeccable record" when it came to the Vienna Convention and urged the United States not to make "hasty decisions" based on inconclusive evidence.

Cuba's foreign minister also said the incidents shouldn't be made into a "political issue" and reiterated the importance of continuing the active cooperation with US authorities to clarify the alleged attacks.

Cuba and the United States resumed diplomatic relations in 2015 after more than 50 years of enmity, although the White House still imposes economic sanctions against Havana.