UN envoy speaks of 'solid progress' after meetings in Syria 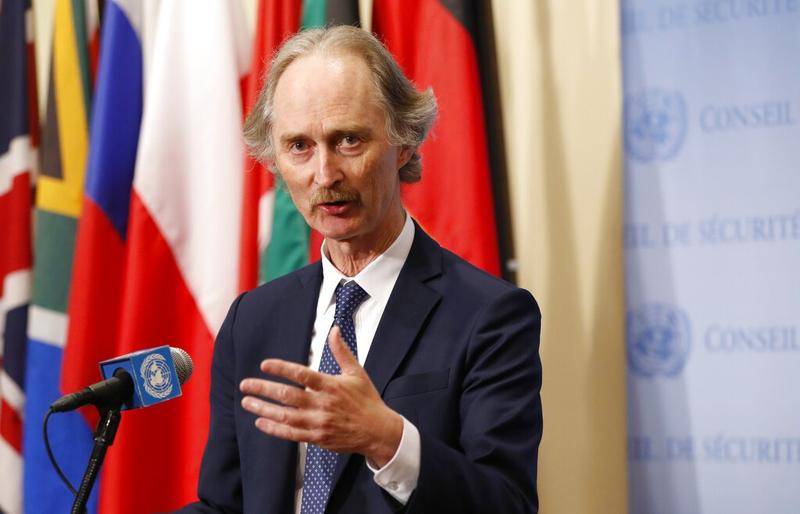 DAMASCUS, Syria — The UN's special envoy for Syria said "solid progress" was made following discussions with officials in the Syrian capital Wednesday, adding that talks are "very close to an agreement" on establishing a constitutional committee.

Formation of the committee, which is expected to be tasked with drafting a new constitution for Syria, is seen as key to any political process to end the country's long-running civil war

Geir Pedersen spoke to reporters following two meetings with Syrian Foreign Minister Walid Moallem in Damascus. He did not elaborate or offer details about the committee's formation and whether a breakthrough had been reached.

READ MORE: UN envoy arrives in Syria amid violent clashes in the north

Formation of the committee, which is expected to be tasked with drafting a new constitution for Syria, is seen as key to any political process to end the country's long-running civil war that has killed hundreds of thousands of people and displaced millions.

The UN hopes that convening the constitutional committee under the organization's auspices would be the first step toward a new constitution and new elections. The committee would be equally split between representatives chosen by the Syrian government, the Syrian opposition and civil society.

Pedersen has described it as a "door opener for a wider political process."

However, Syrian officials have said they will not accept outside dictates when it comes to Syria's constitution and have suggested President Bashar Assad might even run for re-election.

The more than yearlong effort to form the 150-member committee has been dogged by objections from Syria's government over the 50-member list representing experts, independents, tribal leaders and women. There is already agreement on 50-member lists from the government and the opposition.

Pedersen has also been calling for confidence-building measures between the government and the opposition such as prisoner releases.