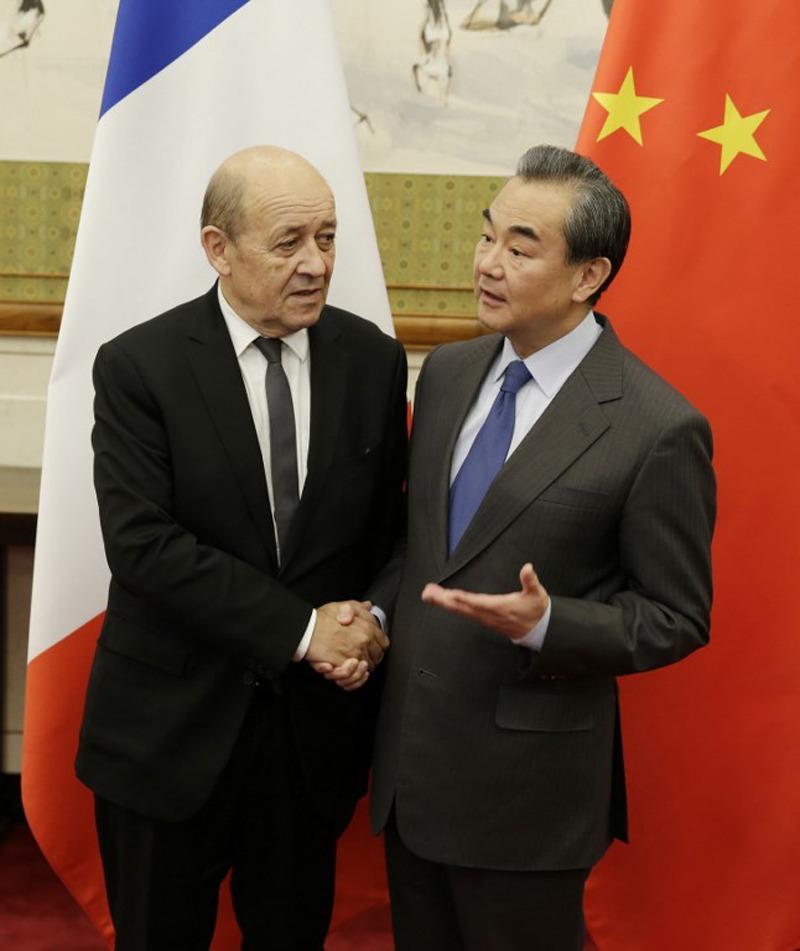 Wang made the remarks at a joint press conference with his French counterpart Jean-Yves Le Drian after the two ministers held talks.

The foreign ministers of China and France expressed willingness to boost cooperation within the framework of the Belt and Road Initiative, and agreed to discuss approaches to third-party market cooperation

The two sides have agreed to seize the opportunity and take the bilateral ties to a new height, said Wang, who is also a state councilor of China.

The first handle is their major cooperative projects, through which the two countries would jointly promote the development of various high-tech industries such as nuclear energy, aeronautics and space, said Wang.

According to the Chinese top diplomat, the second handle is China's further opening-up, which allows the two sides to deepen cooperation on various new areas such as innovation, artificial intelligence, digital economy, and to open new grounds for bilateral cooperation.

The third handle is the hosting of China-France Year of the Environment, a joint decision by the leaders of the two countries made in January during French President Emmanuel Macron's state visit to China, said Wang.

The two countries will strengthen strategic communication and cooperation on climate and environment, promote bilateral cooperation on green manufacturing and green finance, and contribute to the global efforts to fight climate change and achieve sustainable growth, said Wang.

Other issues the two foreign ministers discussed during their meeting include China-European cooperation, Iran nuclear deal, and their commitment to the multilateral global trade system with the World Trade Organization at its center.

They also exchanged views on international and regional hotspot issues of mutual concern, including the Korean Peninsula and Iran nuclear issue and the Middle East situation.

Meeting with Wang at the Elysee Palace earlier in the day, President Emmanuel Macron said his country also wishes to further strengthen its strategic communication and collaboration with China to maintain multilateralism. 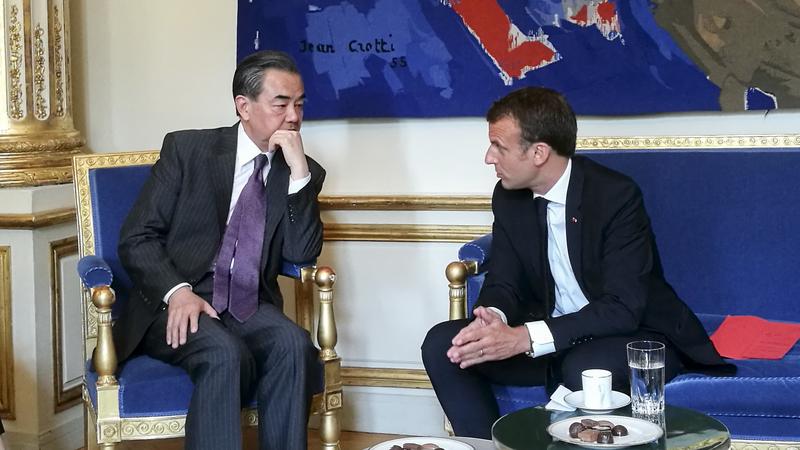 The comprehensive strategic partnership between France and China should play a "leading role" amid the current complicated international situation, he said.

The French president urged both countries to propose and implement concrete plans to increase high-level visits, strengthen cooperation in various fields including trade, science and technology and culture, and explore the potential of collaboration on the BRI.

Wang told him that China believes that France would make an important strategic partner in implementing the BRI, and that China is willing to work with France to promote multilateralism. 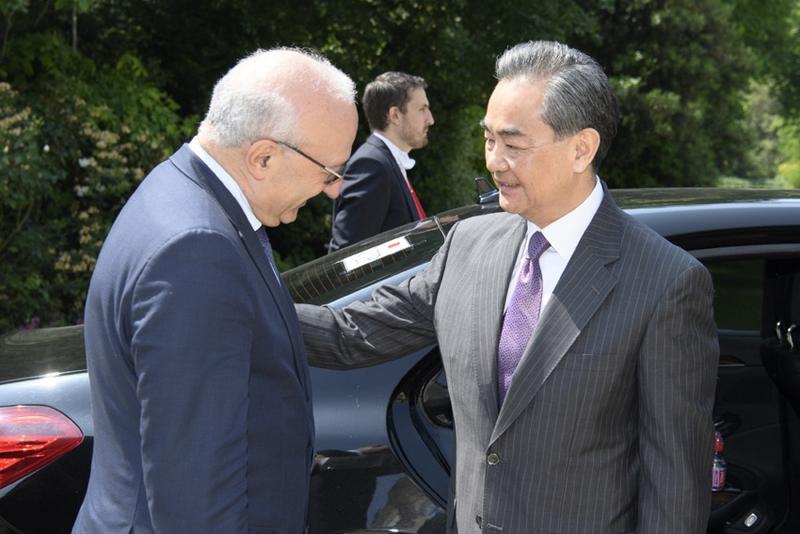 Wang also met with Philippe Etienne, diplomatic adviser to the French president, with whom he discussed bilateral cooperation in various fields under the BRI framework and on other major issues such as climate change.

Wang and Etienne agreed that China and France, both permanent members of the United Nations Security Council, should strengthen strategic communication and coordination to promote peaceful political solutions to regional issues, and to inject more positivity to the uncertain and unstable international situation.

On the same day, Wang also met with Laurent Fabius, president of the Constitutional Council of France.

France is the first leg of Wang's four-nation tour, which will also take him to Spain, Portugal and Argentina.