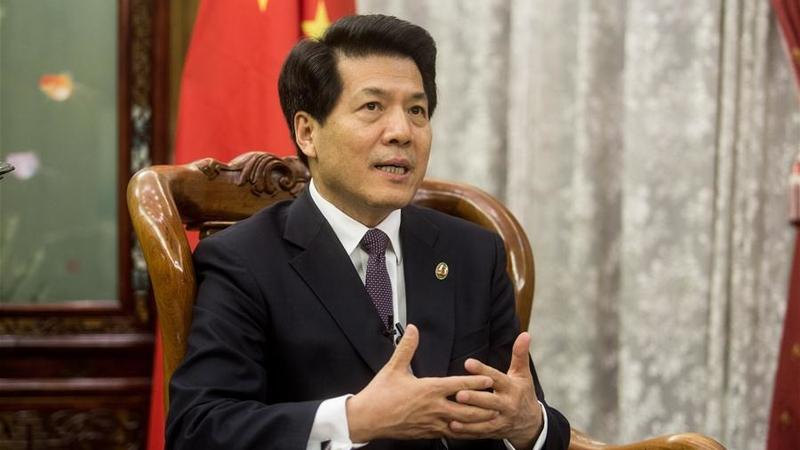 BEIJING - China would like to raise its relations with Russia to a higher level in 2019, wrote Li Hui, Chinese Ambassador to Russia, in a signed article published in Tuesday's People's Daily.

With 2019 marking the 70th anniversary of the establishment of China-Russia diplomatic relations, the two countries will hold a series of celebratory events, according to Li.

China would like to work with Russia in realizing the important consensus reached between leaders of the two countries, synergizing the Belt and Road Initiative with the Eurasian Economic Union and consolidating traditional friendship between the two peoples, Li wrote.

"The two countries shall work hand in hand to realize national rejuvenation and develop a new model of international relations and a community with a shared future for humanity," he wrote.

In the past seven decades, bilateral ties have remained solid and continued to upgrade, he wrote, adding that the cooperation between the two countries will make new progress this year while friendship and mutual trust between the two peoples will further improve.

The ambassador described 2018 as "a good harvest year" for bilateral ties, as the two countries effectively expanded their cooperation in various areas and brought the bilateral trade to US$107.06 billion, up 27.1 percent from 2017.