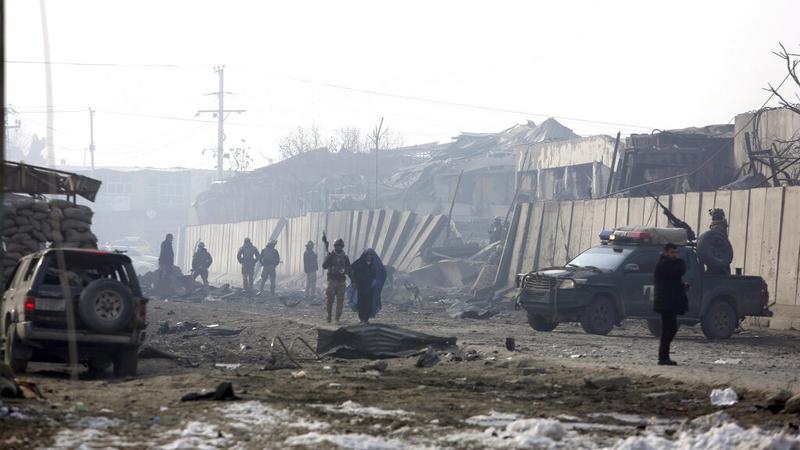 Afghan security forces gather at the site a day after an attack in Kabul, Afghanistan, Jan 15, 2019. A Taliban suicide bomber detonated an explosive-laden vehicle in the capital Kabul on Jan 14, 2019 evening, according to officials. (RAHMAT GUL / AP)

KABUL, Afghanistan — A Taliban suicide bomber killed at least four people and wounded scores when he detonated an explosive-laden vehicle late in the evening in the Afghan capital, officials said Tuesday.

It was the latest in a relentless wave of near daily attacks by the Taliban, who now hold sway over about half of the country and regularly target Afghan forces. The violence comes despite stepped-up efforts by the United States to find a negotiated end to the country's 17-year war.

ALSO READ: Taliban hold talks with US envoy in Qatar

Health Ministry spokesman Wahidullah Mayar said as many as 113 wounded were taken to different hospitals in Kabul after the Monday evening explosion near the Green Village compound, home to several international organizations and guesthouses. 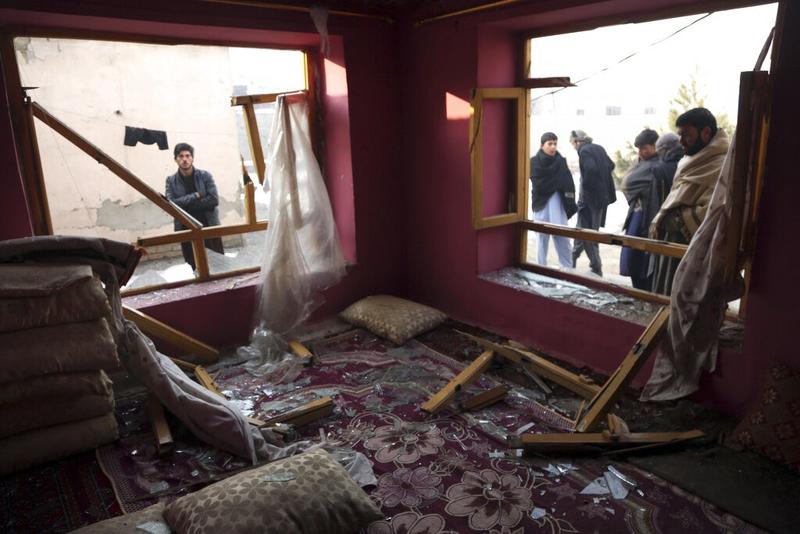 The area has been the frequent target of attacks in the past. Many foreigners live in the compound, which is heavily guarded by Afghan forces and also private security guards. Roads to the area remained blocked by security forces through the night and into Tuesday morning.

Taliban spokesman Zabihullah Mujahid claimed the attack in a statement to the media, saying it involved five attackers, including the suicide bomber. The four other attackers engaged Afghan forces in a clash, he said, without elaborating on what happened to them.

One of the victims, 35-year-old pharmacists Emal Fayzi, said he was wounded by shrapnel in the chest as he was walking home in the evening. The blast was so strong, he couldn't see anything for a while. Later, he realized he was inside an ambulance.

"No one is safe in this country, innocent and poor people are the victims of these attacks," Fayzi said from his hospital bed.

Another victim, 13-year-old boy Esmatullah, said his two sisters were wounded inside their home, which had all its windows shattered in the blast.

Interior ministry spokesman Najib Danish said three military personnel and a civilian were killed while 12 women and 23 children were among the wounded.

Another resident in the area, Sardar Mohammad, 55, said this was the most powerful explosion of all that he had witnessed. Three of his children were wounded, he said, adding that the government should move all military targets out of residential areas to protect civilian lives.

In a separate attack Tuesday morning in Kabul, a civilian was killed when a sticky bomb blew up his vehicle, Danish said.

There was no immediate claim of responsibility for that attack.