Say it with a smiley

Emojis, stickers, whatever you call them, the colorful little pictograms that fill our phones' and tablets' keyboards are now an intrinsic part of the way we communicate in the modern world, Xu Haoyu reports. 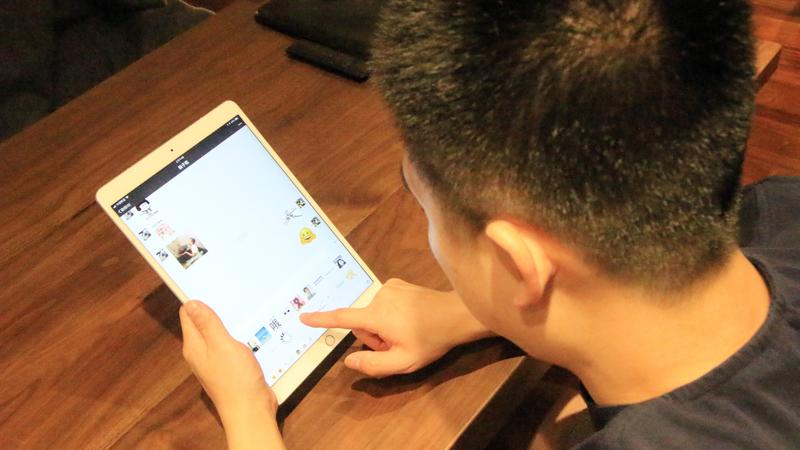 In 2015, the word of the year selected by the Oxford Dictionaries is not a word by the strictest definition - but a yellow face emoji.

Oxford Dictionaries defines a "word" as a "single distinct meaningful element of speech or writing" or "conceptual unit of language", which allowed the "smiley face" to be inducted and also affirmed its unique ability for communication and expression.

During the process of appraisal and selection, some social events, such as Hillary Clinton soliciting feedback in emojis and debates about the skin tone of emoji faces, were cited as evidence that proved "emojis have come to embody a core aspect of living in a digital world that is visually driven, emotionally expressive, and obsessively immediate" by the judges who selected the emoji as word of the year.

I know the idea is kind of childish, but emojis do make the conversation more relaxing and interesting

With the evaluation standard of capturing "the ethos, mood, or preoccupations of that particular year", the result of the selection represented a significant breakthrough for the emoji, which was invented back in the 1990s by using punctuation marks on the keyboard to create "smileys".

With the official definition of that yellow-faced sticker as "face with tears of joy", the honored emoji was found to be the most widely used of its type in the world in 2015.

It beat thousands of other popular words used in common parlance to grab the crown thanks to a fourfold boost of its usage rate between 2014 to 2015. According to the research completed by Oxford University Press, together with Swiftkey, a mobile technology company, it made up 20 percent of all the emojis used in the United Kingdom.

Fast forward to today's China. Now, using emojis, stickers and memes is as normal as using text for communication among screen-obsessed youngsters. Many users have downloaded and saved a treasure trove of memes and stickers in preparation to respond to all manner of situations online and status updates on social media networks.

For example, Gao Yingying from Wuhan, Hubei province, has published eight sticker collections of animated characters she created based on chinchillas and raccoons. One of the collections has accumulated an astonishing 4.2 billion reposts, while another two sets combined have 70 million downloads. 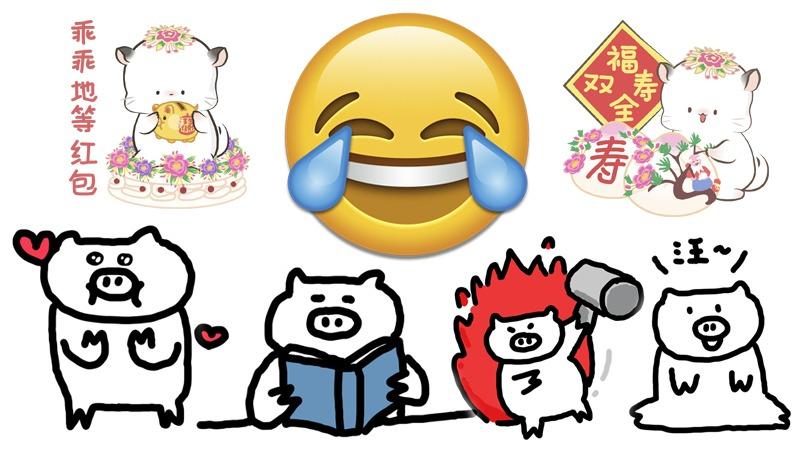 The “face with tears of joy”, and some stickers and memes, including Juju the pig by Sige, Simao and Bamao the chinchillas by Gao Yingying. (PHOTO PROVIDED TO CHINA DAILY)

There is an age-old phrase in Chinese, established in the days when people used to write letters on paper to one another - jianzi rumian (meaning "seeing my handwriting is like seeing me in person").

However, as computers and the internet have developed, they have gradually replaced ink, pen and paper.

Unlike handwriting, which could not help revealing one's personality through stroke and style - and even the conveyance of emotion through the strokes of the pen - the expressive force of standardized characters aligned on the display screen is much more limited.

Chen Ruo, 21, from Jilin province, thinks emoji characters complement the writing language. He uses them to inject life into the detached digital words.

He is used to typing quickly and speaking in short sentences, and the habit can cause his tone and manner to be misinterpreted by the recipient of his message, especially his girlfriend.

Chen claims that she used to complain a lot about his emotionless responses while chatting through phone messaging apps.

"My code of language somehow annoys her. She doesn't accept 'OK' as a response; she says it means I want her to leave me alone. So she would ignore me for an hour because she thought that's what I needed," he explains, "so I would use the word 'okay' or 'okie', which does not sit comfortably within my style of writing."

He considers emojis and stickers to be the solution.

"To her, the cute or funny stickers or emojis I choose to insert in the conversation reflect how much attention I pay to her. I know the idea is kind of childish, but emojis do make the conversation more relaxing and interesting, both for her and for me."

To some extent, Xu Bin, 53, from Zhejiang province, who also often uses emojis on social media, agrees with Chen.

"Words are not always capable of expressing something subtle, such as one's emotions or deep thoughts," Xu says.

"Social networking is getting closer to face-to-face communication with the support of developing technology."

He adds that emojis and stickers help to project one another's facial expressions.

As the director of the photography center at Zhejiang Daily, a local newspaper, Xu doesn't share memes, emojis or stickers, himself. He delivers instructions with brevity and accuracy to his team at work. He says: "A sentence formed with only words seems very serious and formal; that's me indicating that the conversation is purely work related."

However, there are over 20 sets of stickers that he frequently uses in his leisure time.

He swipes through his collection and picks out his favorite - a set of stickers of a black-and-white monk. In the ones he uses most commonly, one portrays the character hugging the world with open arms with wishes of love and peace written above his head, the other has him standing on a wooden boat with a relaxed body, looking straight ahead with the phrase "let it be" in the background.

He believes that just like the little monk, a large number of stickers carry independent meanings, sometimes supported with explaining text.

Since last year, an emoji derived from the famous "doge" meme has garnered favor as a new way of expressing sarcasm or irony on microblogging platform, Sina Weibo.

Users flatter someone they actually don't like or agree with using words, and follow up with the doge emoji to indicate that they mean the opposite.

Such a phenomenon is known as "doge saves life". A female, who uses the screen name Shuanglisushu, claims that doge has been used as a shield to protect oneself being attacked by people who have different opinions, and also as a clue for people who know the trick to understand the real thought behind the words.

Zhang Shiheng, 21, from Zhejiang province, sometimes uses a friendly, but empty smiley face emoji as a polite way to end a conversation.

"QQ shows whether the user is online, invisible or offline, but WeChat doesn't. It's rude if I suddenly quit responding, but it's also a bit weird to say 'goodbye' formally, or show that I have no interest to dive deeper into the current topic," says Zhang.

The emoji culture has become so popular that individuals have developed their own styles of using them. So, perhaps, like handwriting used to lay the writer's personality bare on the page, a person's online persona can be derived from their use of emojis and stickers. What does yours say about you?