An alliance formed by political, business and legal professionals launched an online signature campaign in support of the extradition law amendment, which has garnered more than 220,000 signatures as of May 10. (ROY LIU / CHINA DAILY)

On Tuesday, Vice-Premier Han Zheng, also a member of the Standing Committee of the Political Bureau of the Communist Party of China Central Committee, told a delegation of the Hong Kong Federation of Fujian Associations in Beijing that the Hong Kong Special Administrative Region government’s proposed amendments to the Fugitive Offenders Ordinance and the Mutual Legal Assistance in Criminal Matters Ordinance are necessary and in line with the Basic Law. The move will help plug legal and institutional loopholes, boost the rule of law, and uphold justice. Hong Kong should not become a safe haven for criminals. The central government resolutely supports the Hong Kong SAR government in amending the city’s extradition law.

The move will help plug legal and institutional loopholes, boost the rule of law, and uphold justice. Hong Kong should not become a safe haven for criminals. The central government resolutely supports the Hong Kong SAR government in amending the city’s extradition law

Han Zheng, vice-premier and member of the Standing Committee of the Political Bureau of the Communist Party of China Central Committee

Recently, Wen Wei Po conducted an exclusive interview with an authority figure who shared his views on Han’s important remarks and on the controversy surrounding the HKSAR government’s move to amend the city’s extradition law.

Explaining why Han chose to make a public statement at such a time on the extradition law amendment, the authority figure is of the opinion that the amendment is not entirely a matter within the autonomy of the HKSAR; it also involves the relationship between Hong Kong and the mainland, as well as the implementation of relevant provisions of the Basic Law. At the moment, the opposition camp is fearmongering in the community and filibustering in the Legislative Council, while external forces are brazenly colluding with local forces to interfere. What was originally a legal issue has now become a major political issue. The local community is eager to know the central government’s stance and attitude on this issue. It is therefore very necessary, very significant and very timely for Han, the State leader in charge of Hong Kong and Macao affairs, to clarify the central government’s position on this issue.

The authority figure dismissed as sheer nonsense the conspiracy theory that the HKSAR government “colluded” with the central government to amend the extradition law. To begin with, the HKSAR government’s move to revise the extradition law was triggered by a pressing need to deal with the Chan Tong-kai murder case. According to Hong Kong’s existing laws, the courts of Hong Kong have no jurisdiction over the murder case that occurred in Taiwan. In order to surrender Chan to Taiwan for trial, it is necessary to revise relevant laws to allow for cooperation between Hong Kong and Taiwan in areas of fugitive surrender and mutual legal assistance in criminal matters. At the same time, considering that similar cases may occur on the mainland or in Macao in future, it is sensible to make the amended law applicable to the mainland and Macao as well. In addition, the amendments proposed by the HKSAR government are reasonable and legitimate. Since its handover in 1997, Hong Kong has not made any arrangements for judicial assistance in criminal matters with the mainland. Since 2006, the mainland has transferred 248 suspects to Hong Kong, while the SAR has surrendered none to the mainland. It’s an international practice for countries to make extradition arrangements, and Hong Kong has signed rendition agreements with many foreign countries. Due to frequent personnel exchanges between Hong Kong and the mainland, which belong to the same country, they are bound to have more cross-boundary crimes and fugitive offenders. We should therefore take a pragmatic approach toward the issue of mutual judicial assistance. Article 95 of the Basic Law explicitly stipulates that “the Hong Kong Special Administrative Region may, through consultations and in accordance with law, maintain juridical relations with the judicial organs of other parts of the country, and they may render assistance to each other.” 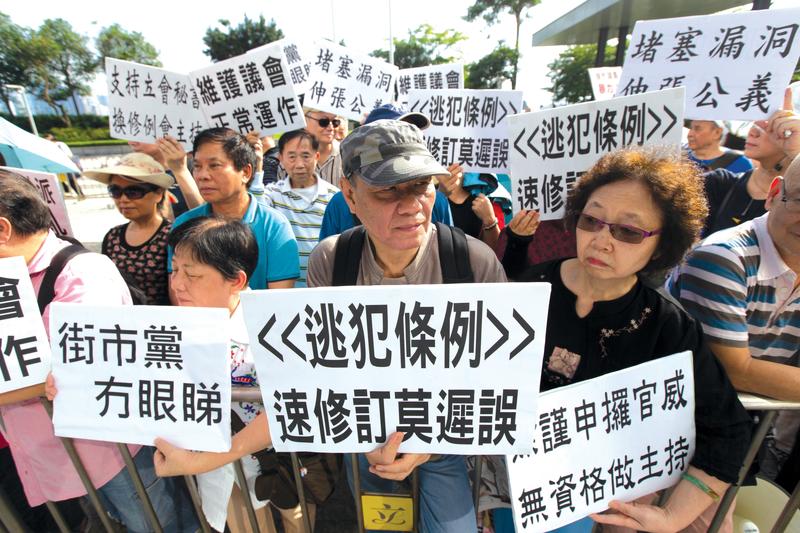 According to its jurisdiction over criminal cases, the courts of Hong Kong are empowered to approve rendition requests from the mainland arising only from the first or second scenarios, provided that the request is in line with the principle of “double criminality”; the fugitive in question committed one or more of the 37 extraditable crimes listed in the relevant ordinance; and the rendition request is approved by the chief executive as well as the courts. The rights of fugitives to seek judicial review, to raise possible torture plea and to appeal the rendition request remain safeguarded. Regarding the notion of “trying Hong Kong residents in Hong Kong”, the authority figure believes such practice transgresses the territorial jurisdiction principle of Hong Kong’s common law system and it is simply impossible in practice.

If Hong Kong residents accused of committing crimes on the mainland are tried in Hong Kong courts, it’s going to be very difficult for authorities to conduct investigations, collect evidence, summon witnesses and verify the authenticity of material evidence. Besides, if the mainland, Taiwan and Macao also demand that their residents accused of criminal offenses in Hong Kong be tried in their respective jurisdictions, it would deal an even bigger blow to Hong Kong’s judicial authority. The authority figure also points out that, since the launch of reform and opening-up and especially the 18th National Congress of the Communist Party of China, the standard of rule of law on the mainland has been improving consistently, and its judicial and human rights protection systems are both compatible with the prevailing international standards on rule of law and judicial practices. 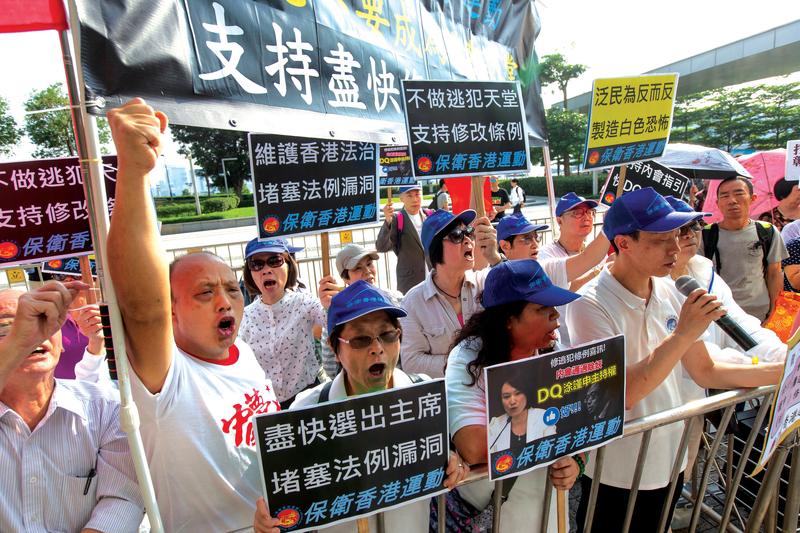 Hong Kong residents rally outside the Legislative Council on May 11 in support of proposed amendments to the city’s extradition law, demanding that the SAR must not be turned into a “haven for fugitive criminals”. (ROY LIU / CHINA DAILY)

The mainland has so far signed agreements on judicial assistance in criminal matters with 55 countries, including the United States, the United Kingdom and Australia, as well as extradition arrangements with 37 countries, under which more than 100 suspects have been surrendered to China in recent years. Under the principle of “one country, two systems”, the mainland respects Hong Kong’s judicial system whereas Hong Kong should reciprocate the respect. Hong Kong has signed agreements for the surrender of fugitive offenders with 20 countries or regions (already in effect), and for mutual legal assistance in criminal matters with 30 countries or regions. This is all the more reason for Hong Kong to establish mutually beneficial judicial assistance arrangements with the mainland.

As to the community-wide debates and the violence that erupted in the Legislative Council following the HKSAR government’s announcement of the proposed amendments, the authority figure said it was understandable to hear different opinions in the community. The HKSAR government has conducted a 20-day public consultation exercise during which thousands of representations were received, and fine-tuned the amendment bill in response to the community’s concerns and worries. Although the amendment bill has started its legislative process, legislators and members of public still have a chance to fully express their opinions. Such debates, however, should be conducted in a rational and orderly manner. Some people have requested without good reasons an extension of the consultation period. The real intention behind such requests is to stall and wait for a change in the situation. Some lawmakers have resorted to violence in the legislative chamber to filibuster the bill. Such behavior, which is not commensurate with their capacity as legislators, failed to live up to public expectations and undermined the reputation of Hong Kong as a rule-of-law society.