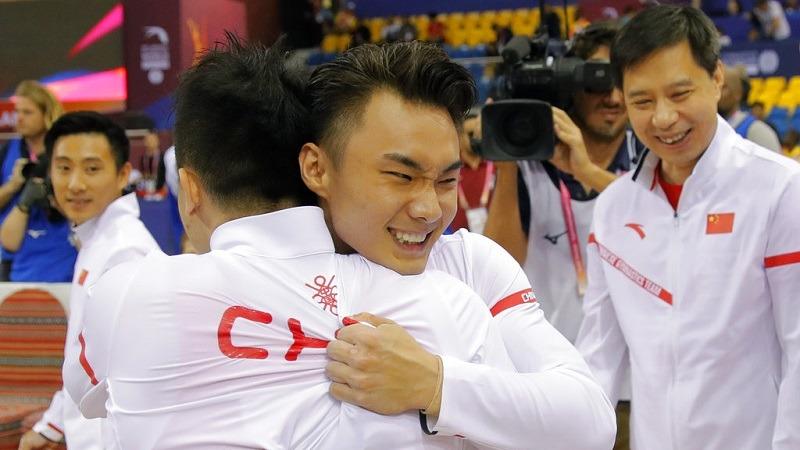 DOHA, Qatar - Nikita Nagornyy stuck his high bar dismount, flexed just a bit and let out a sigh. Exhausted but exhilarated, the Russian gymnast thought his country's long wait to return to the top of the sport was finally over.

Then Nagornyy's score flashed and a whoop went out at the Aspire Dome. Only it didn't come from the Russians but the Chinese, who took gold at the world championships in a tense if sloppy men's team final by less than five-hundredths of a point to claim their first major international title in four years.

China's total of 256.634 was just ahead of Russia's 256.585. Nagornyy - who stalled midway through his final routine and was scored 13.733, not quite enough for Russia to slip past the Chinese - couldn't seem to figure out how gold turned to silver.

"Of course I don't feel positive about it because I think that we were very close and they didn't let us win," Nagornyy said through an interpreter.

When asked if he was talking about the judging, Nagornyy shrugged.

Not that it mattered to the Chinese. The longtime superpower watched rival Japan claim the top spot at the 2015 world championships and 2016 Olympics but surged back into its usual perch thanks to a sublime performance on parallel bars by Zou Jingyuan, whose score of 16.2 marked the highest of the meet, even better than anything put up in the women's competition by American star Simone Biles.

China needed just about every hundredth. 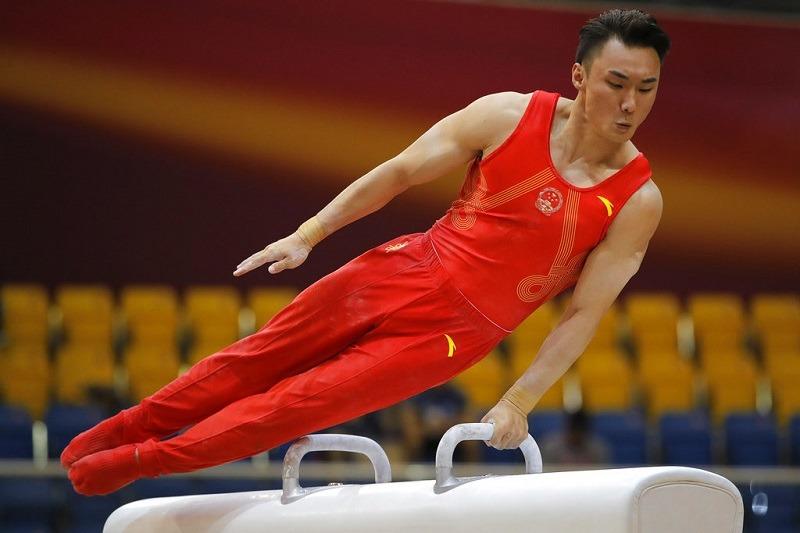 China's Sun Wei performs on the pommel horse during the men's team final of the Gymnastics World Chamionships at the Aspire Dome in Doha, Qatar, Oct 29, 2018. (VADIM GHIRDA / AP PHOTO)

Paired together with Russia during the final, the Chinese headed to the final rotation leading by 1.2 points only to see Xiao Ruoteng come off early in his high bar routine. Xiao clasped his hands over his head in shock before re-chalking and going back to work. His score of 12.6 opened the door for the Russians, but Nagornyy couldn't quite take advantage, leaving Xiao with a mixture of joy and relief.

"(My mistake was) really regretful but you know, I was totally ready for this competition but maybe for some reason I missed routines," Xiao said through an interpreter. "Our whole team, everyone just encouraged me."

China won its 11th world title since 1994 and earned an automatic spot in the 2020 Summer Olympics, as did Russia and third-place Japan.

The Japanese saw their shot at chasing down China end when Yusuke Tanaka sailed off the parallel bars. Tanaka's score of 11.566 was too much to overcome in the finals, when three gymnasts compete in each event and score counts.

Briefly faced with the prospect of finishing off the podium entirely, the Japanese rallied to hold off the United States for third, in large part because of two-time Olympic champion Kohei Uchimura, who served as the anchor on four of the six events.

Uchimura said it was 50-50 when asked if he was disappointed in his team's finish but relieved it assured the Japanese a spot in the Olympics, which will be held in Tokyo. 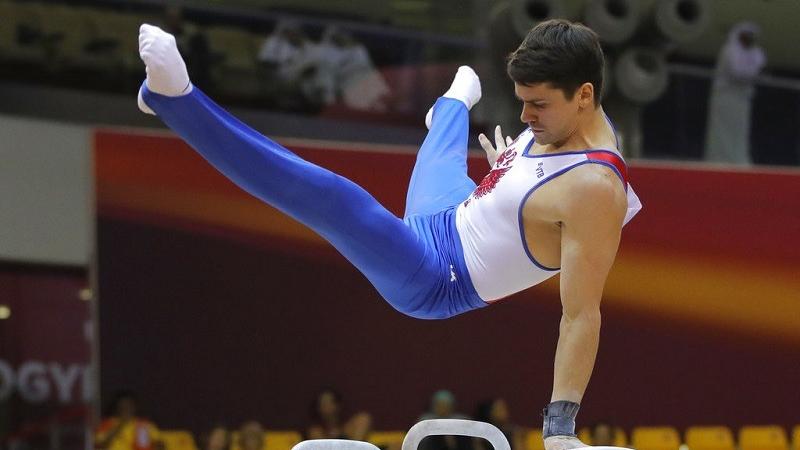 Russia's Nikolai Kuksenkov performs on the pommel horse during the men's team final of the Gymnastics World Chamionships at the Aspire Dome in Doha, Qatar, Oct 29, 2018. (VADIM GHIRDA / AP PHOTO)

"After Yusuke's fall, we had to stop the bad mood," said Uchimura, who is dealing with an ankle injury that kept him out of the all-around competition. "We had to start battle mode."

So did the Americans. Five-time national champion Sam Mikulak slipped during an easy portion of his routine on pommel horse, the US first event. The miscue put the Americans in a deep hole early, but it was their only real mistake, a significant step forward for a group that features just one gymnast over 23.

"We didn't have too much pressure, we knew we were really outside the medal podium contention," Mikulak said. "But we were able to put pressure on (late) and hit sets when other people weren't."

Mikulak added: "It's not too devastating because we've got a bright future to build on."

So, however, do the Chinese. Four of the five athletes that stepped onto the red-laden floor at the Aspire Dome are 23 or younger. On a day when they weren't quite at their best, they found a way anyway. With two years to prepare for Tokyo, there are worse things to have on your resume than "world champion."

"We are a young team, but we are a strong team," Xiao said. "We can do even better at the competition. We have to teach ourselves how to relieve the pressure and how to come back."