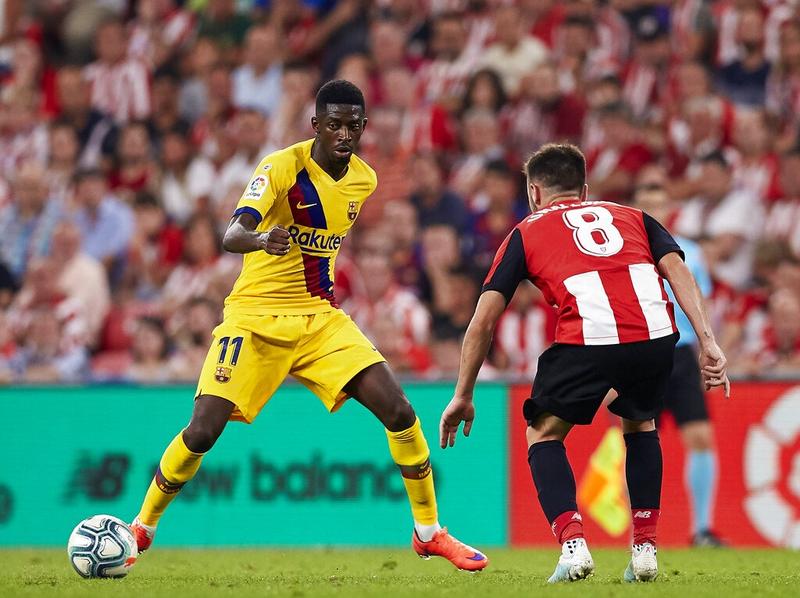 The club said on Monday that Dembele has a left thigh muscle injury and is expected to be sidelined for five weeks.

Also Barcelona's injury list are Lionel Messi and Luis Suarez, whom Barcelona are still unsure of if they will be available for the next La Liga match against Real Betis this weekend

It's the latest setback for the speedy 22-year-old Frenchman who was coming off a season plagued by injuries. He started in the 1-0 loss at Athletic Bilbao on Friday in the Spanish league opener.

Messi was hurt in the preseason and didn't play in Bilbao, while Suarez didn't make it past halftime of the opener.

It remains unclear whether Messi and Suárez will be available for the second-round match against Real Betis this weekend.

Messi has a greater chance of being in the lineup against Betis but he didn't practice with the group on Monday.

ALSO READ: Barca confirm Neto out for up to two months after wrist operation

Suarez is not as likely to be fit in time for Sunday's game.