Free-trade deal for Australia, Indonesia as elections near 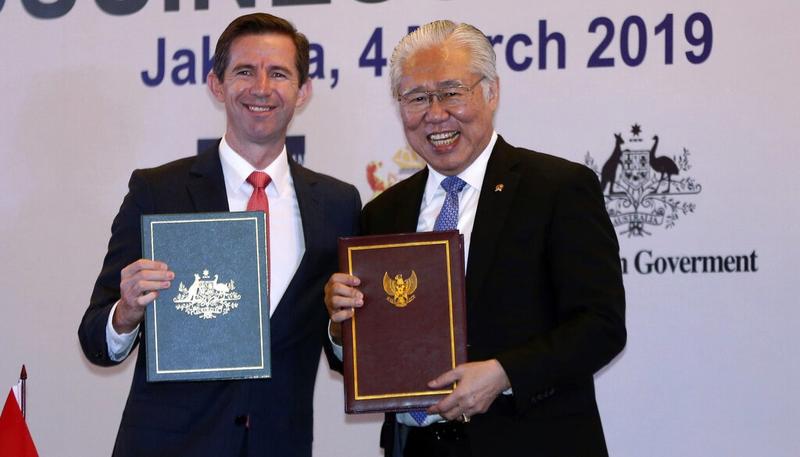 Indonesia and Australia signed a free-trade agreement, overcoming more than eight years of negotiations and 11th-hour delays in a move designed to bolster their under-developed economic relationship.

The nations see the pact as an opportunity to enhance trade ties, with Indonesia only Australia’s 14th-largest trade partner despite their close proximity. Diplomatic tensions and scandals have hindered ties between Australia and Southeast Asia’s biggest economy, which is also the world’s largest Muslim-majority country.

“Today is definitely one of the brightest moments of the Indonesia-Australia relationship,” Lukita said at the signing ceremony. “Indonesia and Australia are definitely strategic partners that have to grow hand-in-hand, and that’s why our bilateral relations are so important for both countries.”

The latest delay came last year when Indonesia protested over Prime Minister Scott Morrison’s decision to consider moving Australia’s embassy in Israel to Jerusalem, a decision that angered many Muslims. The Australian leader, who faces an election in the next few months, later put the proposal on ice.

The signing of the deal is timely for Indonesian President Joko Widodo, who is bidding for a second term in an election that will be held April 17. Widodo has been under attack over his economic performance after Indonesia last year posted a record trade deficit of US$8.6 billion -- the widest shortfall since 1975 when the nation’s statistics agency began the regular release of data.

Indonesia’s Lukita has previously said the deal would see both countries enjoy zero import tariffs for many goods, and that it could significantly increase Indonesian exports. He said it would pave the way for Indonesian car makers to export to Australia.

Australian industrial producers of steel, copper and plastics stand to benefit from the pact, along with service industries including health, mining, telecommunications, tourism and education. Australian farmers will be able to export 500,000 tons of feed grains such as wheat into Indonesia tariff free.

The agreement “marks a new chapter of cooperation, of economic engagement, that will further deepen the ties between our people,” Birmingham said at the signing. Both countries will work to expedite the ratification process, he said.