Oil at 4-yr high after OPEC fails to raise output 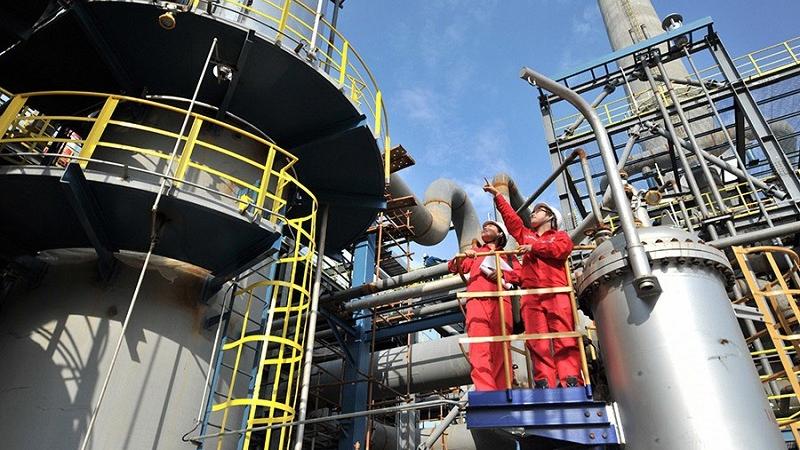 LONDON - Oil prices jumped more than 2 percent to a four-year high on Monday after OPEC declined to announce an immediate increase in production despite calls by US President Donald Trump for action to raise global supply.

OPEC leader Saudi Arabia and its biggest oil-producer ally outside the group, Russia, on Sunday ruled out any immediate extra increase in output, effectively rebuffing a call by Trump for action to cool the market.

"I do not influence prices," Saudi Energy Minister Khalid al-Falih told reporters as OPEC and non-OPEC energy ministers gathered in Algiers for a meeting that ended with no formal recommendation for any additional supply boost.

Commodity traders Trafigura and Mercuria said on Monday that Brent could rise to US$90 per barrel by Christmas and pass US$100 in early 2019, as markets tighten once US sanctions against Iran are fully implemented from November.

J.P. Morgan said US sanctions on Iran could lead to a loss of 1.5 million bpd, while Mercuria warned that as much as 2 million bpd could be knocked out of the market.

The Organization of the Petroleum Exporting Countries as well as top producer Russia has been discussing raising output to counter falling supply from Iran, although no decision has been made public yet.

A source familiar with OPEC discussions told Reuters on Friday that OPEC and other producers have been discussing the possibility of raising output by 500,000 bpd.

"We expect that those OPEC countries with available spare capacity, led by Saudi Arabia, will increase output but not completely offset the drop in Iranian barrels," said Edward Bell, commodity analyst at Emirates NBD bank.

J.P. Morgan said in its latest market outlook, published on Friday, that "a spike to US$90 per barrel is likely" for oil prices in the coming months due to the Iran sanctions.

US commercial crude oil inventories are at their lowest since early 2015 and although US oil production is near a record high of 11 million barrels per day (bpd), subdued US drilling activity points towards a slowdown in output.