With testimony over, work begins on key impeachment report 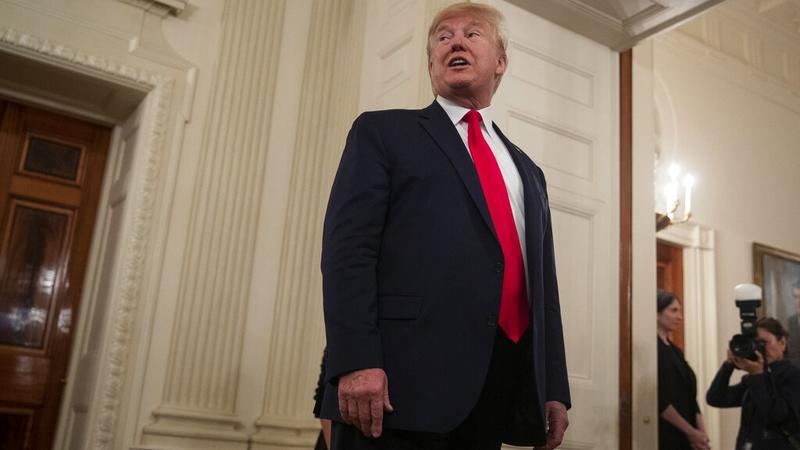 WASHINGTON — The witnesses have spoken, the politics are largely settled. Now impeachment investigators will make the case for public opinion.

On Monday, hundreds of pages from Democratic Chairman Adam Schiff’s intelligence committee were being compiled into an exhaustive report that will begin to outline whether President Donald Trump engaged in “treason, bribery or other high crimes and misdemeanors” by withholding US$400 million in aid as he pushed Ukraine to investigate Democratic rival Joe Biden. The report may come as soon as next week.

There are rising political stakes for all sides. Americans remain deeply split over the impeachment question, despite hours of sometimes riveting testimony, and the country’s polarization now seems to foreshadow an outcome: Democrats are poised to vote to impeach the president while Republicans stand firmly with Trump.

Sending the case on to the Judiciary Committee, which is ready to start its own round of hearings in December, provides yet another chance to sway public opinion before a House vote expected by Christmas and a Senate trial in 2020.

“The evidence of wrongdoing and misconduct by the President that we have gathered to date is clear and hardly in dispute,” Schiff told colleagues in a letter Monday. “What is left to us now is to decide whether this behavior is compatible with the office of the Presidency, and whether the Constitutional process of impeachment is warranted.”

Republicans are not necessarily disputing the evidence, but insist the president did nothing wrong. While Trump lawyer Rudy Giuliani pursued the political investigations with Ukraine in what witnesses described as an irregular foreign policy channel, Republicans argue it’s not clear the president directly intervened to withhold the money to Ukraine. Besides, they say, the military aid for the Eastern European ally countering Russian aggression was eventually released.

However, in a setback for the administration, a federal judge late Monday ordered former White House counsel Donald McGahn to appear before Congress. The president has tried to keep top aides from testifying, which Democrats say amounts to obstruction of Congress and potential grounds for impeachment. The administration will appeal the ruling.

Some Republicans, led by Sen. Lindsey Graham, prefer to keep digging into unfounded claims that Ukraine was involved in 2016 election interference, a theory that contradicts the findings of U.S. intelligence. They also see reason to scrutinize the work of Biden’s son, Hunter Biden, for a gas company in Ukraine.

“The whole Ukraine issue, particularly the way the House of Representatives is doing it, is a joke,” Graham tweeted Monday. “We’re less than a year away from the 2020 election. If you don’t like Trump — vote against him.”

When Congress resumes next week, Schiff is expected to send the report, compiled from 17 closed-door depositions and five public sessions, to the House Judiciary Committee, where Chairman Jerrold Nadler will soon begin hearings that are expected to result in articles of impeachment against Trump.

Rather than gather additional testimony, Nadler’s panel is likely to drill down into the questions surrounding impeachment and whether Trump’s actions toward Ukraine meet the bar.

For many Democrats, Trump already proved the case when he released a rough transcript of a July call in which he asked Ukrainian President Volodymyr Zelenskiy for a “favor” — the investigations of Biden and the Democrats.

“The unusual fact about this inquiry is that the most explosive evidence is the first evidence we got: It was the President's transcript,” said Rep. Peter Welch, D-Vt. “All the other evidence is confirming it and showing how elaborate and sustained the effort was to put the squeeze on Ukraine to get the Biden investigations.”

Republicans are just as insistent the end result will not remove Trump from office.

“The only prediction I can make is that I can’t imagine a scenario under which 67 members of the Senate would remove the president from office in the middle of a presidential election,” Senate Majority Leader Mitch McConnell said during an event Monday in Kentucky.

Even as investigators race to compile the report, Democrats aren’t ruling out more testimony.

The Intelligence Committee still could hear from John Bolton, the president’s former national security adviser, who left the White House after saying he didn’t want to be involved in whatever “drug deal” Giuliani was cooking up, according to testimony from a top aide, Fiona Hill.

Bolton has so far declined an invitation to testify. The panel has issued a subpoena to Parnas for documents about the matter.

“We are open to the possibility that further evidence will come to light,” Schiff said. If other witnesses agree to testify, he said, “We are prepared to hear from them.”

One witness Schiff does not expect to hear from is the still anonymous government whistleblower whose complaint about Trump’s phone call with Ukraine sparked the impeachment probe.

Schiff said over the weekend that the panel initially wanted to hear from the person, but Trump’s attacks have put the person’s life in danger. The committee is now trying to protect the whistleblower from retaliation.