Comeliness is the'gateway to luxury' 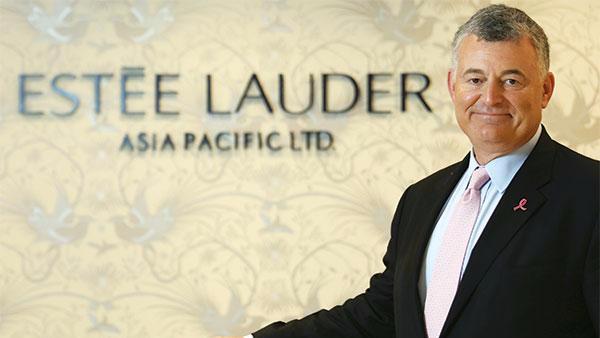 William Lauder, executive chairman of Estee Lauder Companies, notes that Asian customers are among the most demanding and that consumer behavior has vastly changed in the past few years. (PARKER ZHENG / CHINA DAILY)

Whatever economic quagmire the world may have got into, people still want to look elegant and appealing, and this is where global cosmetics giant Estee Lauder Companies Inc has found itself rooted to the beauty business.

"When you think of the beauty trade, we're really the entry point to luxury for the consumer," says William Lauder, executive chairman of the New York-based conglomerate, which has turned into an iconic brand worldwide since it started off more than seven decades ago.

Lauder - the son of Leonard and Evelyn Lauder and grandson of the group's founders Estee and Joseph Lauder - calls Chinese consumers "extraordinarily influential" around the world, while reaffirming the group's unwavering confidence in the Asia Pacific.

"Our business in the entire Asia-Pacific region is one of the most strategically important for us in the world. It has been a key focus for me in the past 35 years; I've been traveling to this part of the globe since 1982," he tells China Daily.

Lauder has been at the helm of Estee Lauder Companies, putting on the dual tags of executive chairman and chairman of the board, since 2009.

The group today embraces a portfolio of more than 25 brands, including La Mer, M.A.C., Bobbi Brown, Jo Malone London and Tom Ford. It saw $1.25 billion in net sales in the Asia Pacific alone for the six months ended Dec 31, 2016 - up 6 percent from the previous year - while net sales in Europe, the Middle East and Africa also picked up, gaining 3 percent year-on-year. But, net sales from the Americas were down 1 percent during the same period.

While praising consumers from the Chinese mainland for the tremendous influence they have exerted on the beauty industry, Lauder describes the Asian clientele as "some of the most demanding".

This, he says, has forced Estee Lauder Companies to be very good at what it does, and to create the best and most innovative products, presenting them in a way that will make consumers interested and excited.

Lauder is adamant that the beauty sector is one that can ride out the storm despite the region's stale economic growth. "To the consumer, we're the entry point to luxury. Think about the luxury experience people can get from buying beauty products, the services they get from makeup artists and beauty advisers, and the wonderful products people can buy for $25 to $60."

Comparing the products a consumer can buy from Louis Vuitton, for instance, he says the least expensive item would be a key chain costing up to $150, and there's a reason why the beauty business tends to be more consistent overtime.

"When the consumer doesn't have a lot of disposable income, but would still like to give herself a treat, beauty is one of the first things she could indulge in without having to dish out a fortune."

Lauder brims with confidence as far as the Chinese mainland market goes. Although people may say economic growth there has abruptly applied the brakes, the reality is that slower growth in the country is still better than that of any other market in the world.

"Put it in perspective, the growth in China is still very good, and we are growing very nicely in China - maybe not as nicely as we were a few years ago, but still it is very healthy growth."

The same can be seen in Hong Kong with a protracted decline in the number of tourists, especially from the Chinese mainland. But, the fact is Estee Lauder's business in Asia has been very good, he adds.

Lauder is at pains to stress the accent on online operations for Estee Lauder Companies, which has seen its overall Asian online business being very tenacious and its Chinese mainland transactions "exploding".

On a global scale, the group's online business rakes in sales of $1 billion annually, and the Asia Pacific is its second-largest online platform after the US.

According to Lauder, they've been participating in Alibaba's "Singles' Day" on November 11 every year in the past few years.

"What happens there (in China) is extraordinary and very influential."

He notes that consumer behavior has vastly changed in the past few years. One is that consumers are opting to buy online in a meaningful way but, more importantly, they're engaging the company on a brand base and interacting with the brand through social media - something they weren't able to do before.

It used to be that the company would interact with consumers through the more traditional means of advertising, like print advertising, magazines, direct mail, radio and television, and it was only able to touch its clientele for a fleeting moment.

"Consumers would stop on the page for a few seconds, or listen to 30 seconds on the radio or one minute on television. Now, they're actually engaging with the brands online through the smartphone or computer for 10 to 20 minutes. The nature of the authority has changed, about who influences them and how consumers are influenced concerning what products to look for," Lauder points out.

As for future plans, Lauder says the group is ambitious about continuing to be the world's largest prestige beauty, and it has to find ways of preserving that leadership by offering consumers the best brands.

New ideas for the brand and retail, as well as new ways of reaching out to consumers and engaging them, are being constantly explored.

"I hope I can set up an environment for future generations for our family and the company, whereby they don't have to just follow the past but, instead, use the past as a lesson as to how they can maintain leadership and competitiveness in future."

When running a family business, ‘you have to be on call all the time’

It’s always a challenge in managing a family business when you realize your biggest shareholder also has your phone number and isn’t worried about calling you at 11 at night, laments William Lauder, executive chairman of Estee Lauder Companies Inc.

Estee and Joseph Lauder founded Estee Lauder Cosmetics in 1946. The couple had two sons, Leonard and Ronald, and the family business was often the topic of discussion at the dinner table. William Lauder is the son of Leonard and Evelyn Lauder.

Estee Lauder Companies went public on the New York Stock Exchange in 1995, with the Lauder family holding a controlling interest.

As challenging as it looks, in the prestige beauty industry, most of the biggest players, like Chanel and Shiseido, are family-controlled enterprises, so they have the same investment horizon, which is very important, says William Lauder.

“On a competitive basis, we’re in an industry that has what we call ‘patient capital’. In general, a family business invests over a much longer horizon in order to maintain competitiveness in our industry. You have to have the right capital structure and the patience to invest. In China, for instance, we invest in the online business, new brands and in new retail formats.”

And, if you have the right patience and the right vision and execution, you can be competitive and successful, which Estee Lauder Companies really is, he says.

“I’m fortunate to have been a member of the third generation (of the family) and I’ve learned from them. Members of the fourth generation of our family are just finishing university, they haven’t yet entered the family business, but some have expressed interest. So, we hope there’ll be a fourth generation involved in our company.”

For the fourth generation, Lauder says he wants to set standards similar to those his parents had set for his brother and himself.

“I really appreciate what my parents have done for us. They told us that ‘you can do anything you want to do as long as you promise to try as hard as you can to be the best you can at whatever you do’.”

Lauder says he also wants his staff to try as hard as they can, focusing on the company’s values and are committed to the brands, products, consumers and experience, and should be interested in and excited about what the company does.