For many 'Thrones' fans, season 8 is just the first ending 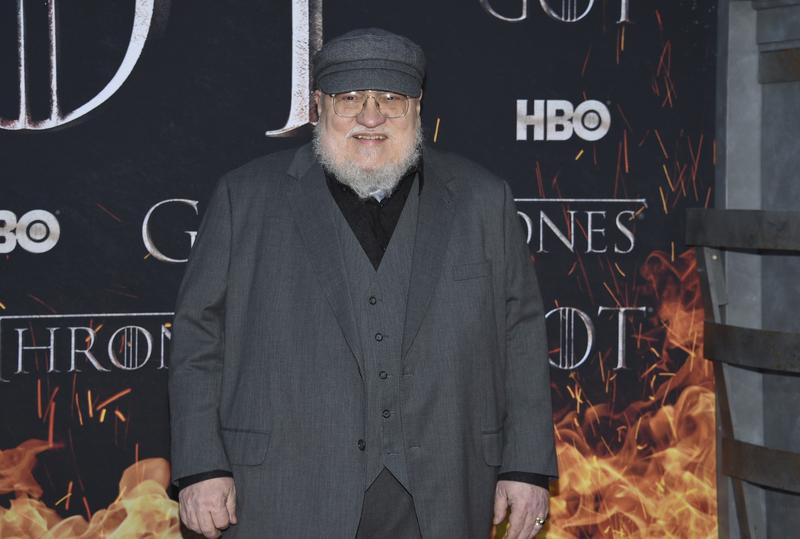 LOS ANGELES — Devoted Game of Thrones fans who've watched and re-watched all 73 episodes of the HBO series, and read and reread all 4,000 pages of the books by George RR Martin, will at long last get the ending they've craved with the series' eighth and final season that starts Sunday.

George RR Martin gave HBO showrunners David Benioff and DB Weiss an outline of where his long-planned plot goes, including the fates of characters

But will it be the "real" ending?

The plotlines of the show have long since shot past what's in Martin's books, whose own finale may be many years away. While the endings will likely be similar, Martin, the master of this universe, could take a very different path to get there, making the coming end of the HBO show with its showdown between the humans of Westeros and the invading White Walkers possibly just a preview.

For some it all just means twice the fun.

"It doesn't bother me. I don't think they need to be one and the same," said Adonis Voulgaris, a fan of both formats who lives in San Francisco. "For me, it just means more content I get to immerse myself in." 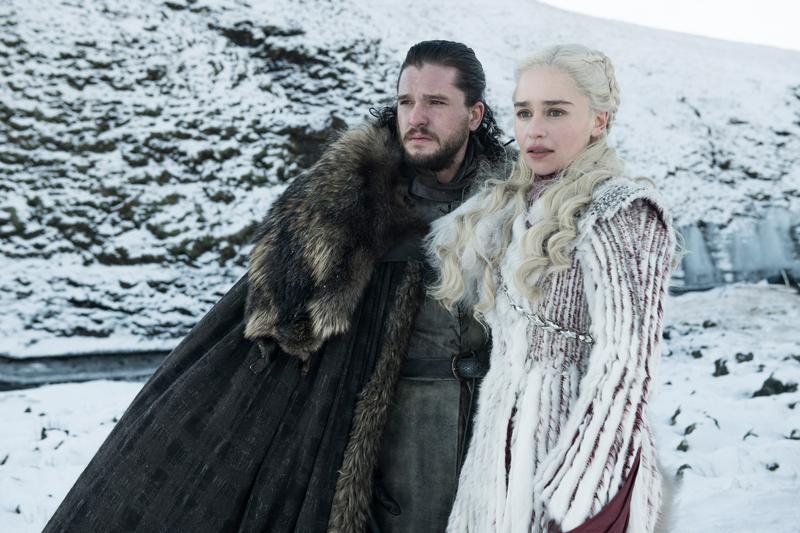 This photo released by HBO shows Kit Harington as Jon Snow, left, and Emilia Clarke as Daenerys Targaryen in a scene from "Game of Thrones." (PHOTO / HBO / AP)

The show premiered in 2011, the same year Martin's fifth book in his A Song of Fire and Ice series was released. Fans have been waiting, and waiting, and waiting, for the sixth, The Winds of Winter, ever since, and many wonder whether the 70-year-old author will live long enough to finish all seven planned books in the series.

"George is not a fast writer," said book-and-show devotee Andrew Stachler, 44, of South Pasadena, California. "So if you were following along, I think it was pretty evident early on that the show was going to get ahead of the books."

That did indeed happen, and by season six warrior and king-in-the-making Jon Snow had been resurrected and went back to trying to save the world, while he still lies stabbed to death in a mutiny in the books.

Martin, an executive producer on the TV series who has written episodes but is sitting this season out while he works on the book, gave HBO showrunners David Benioff and DB Weiss an outline of where his long-planned plot goes, including the fates of characters like Snow, Daenerys Targaryen and Arya Stark. 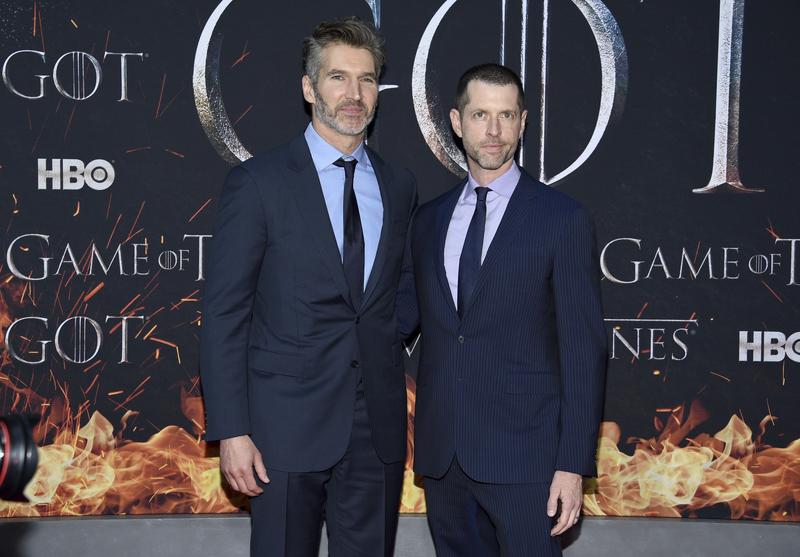 Armed with that roadmap, Benioff, Weiss and other writers have been telling the tale without books to back them. Fans are divided about the results, and how true they are to Martin.

"It doesn't seem any less planned out to me," Stachler said. "It's absolutely a continuation of his vision. I always felt like the show cleaned up the narrative in tighter, better-paced ways anyway."

Other readers feel the showrunners' vision and style have taken over.

"I think you've seen that in the last couple of seasons where you don't have the book as guide, you just go from one big event to another to another, without that feeling of the backstory," said Gabriela Perez, 44, of Mexico City. "It's sort of like drinking a Diet Coke, it has all the flavor and all that, but you can tell the difference."

Voulgaris, 27, said "last season was absolutely on fast-forward. The rate at which people would travel from one place to another was incredible. But that makes it fun to watch, it makes it accessible to any viewer." 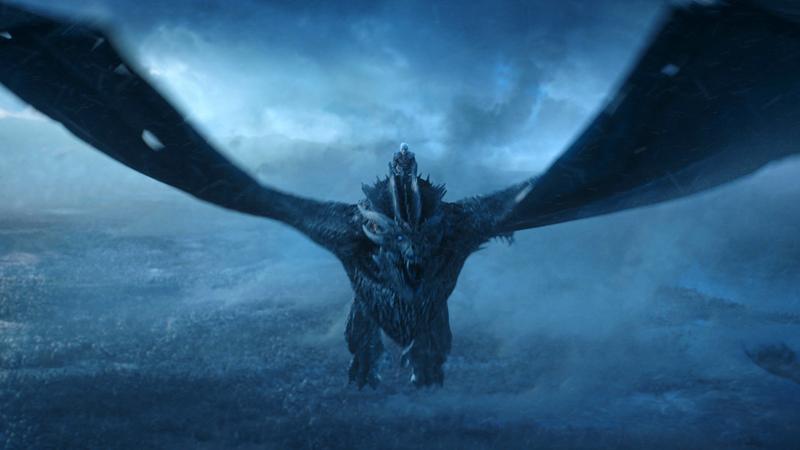 This image released by HBO shows Vladimir Furdik as The Night King on the season finale of "Game of Thrones." (PHOTO / HBO / AP)

But the quibbles seem to go out the window when it comes to the giddy anticipation that comes with the six episodes, most running well over an hour, that make up the final season.

"Oh, I'm still super excited," Perez said. "I want to know what this version of the ending is."

And wanting to be a part of a massive shared event may dwarf any thoughts that this is less than final. Some 12.1 million viewers tuned in to the season seven finale, with 4 million more streaming it the same night and many millions more in the following days. The May 19 series finale is sure to draw a bigger audience, and a social media maelstrom.

"I do think this last season is going to be the largest cultural moment we've had in a long time for any kind of branded property," Stachler said. "I don't know what to compare it to. I don't know when we'll see something this big again." 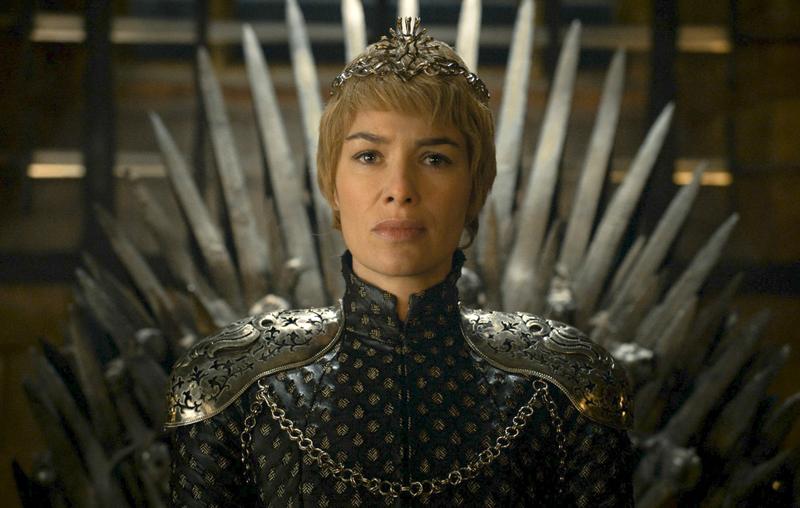 This image released by HBO shows Lena Headey as Cersei Lannister in a scene from "Game of Thrones." (PHOTO / HBO / AP)

And with no book to spoil it, readers and non-readers alike get to be, and expect to be, surprised.

"Everybody has an idea," Voulgaris aid. "It literally could go in any direction."

Martin's world probably has a future on TV. He and Jane Goldman have scripted a pilot, set in Westeros thousands of years before the timeline of Game of Thrones, that is in production for HBO. The cable channel has other possible spinoff scripts in the works, too.

Martin has released sample chapters of The Winds of Winter to sate hungry fans, and in them characters are in very different places than where the show put them, suggesting the endings might diverge too.

And the author is subversive enough that he may change his mind about the ending once the show is done. 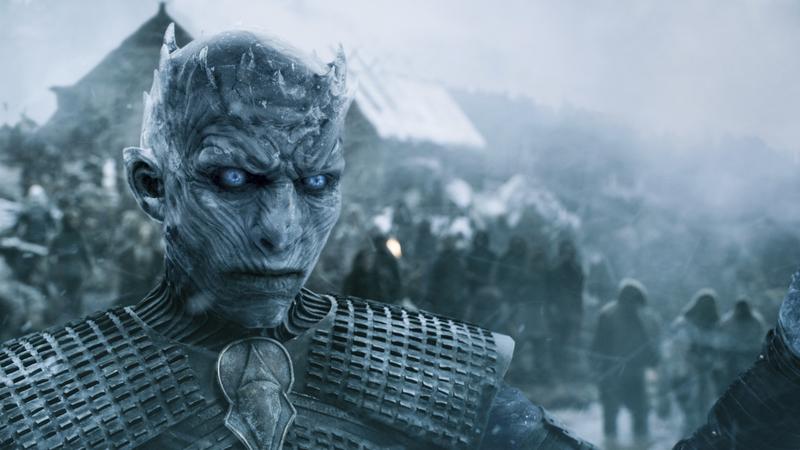 This image released by HBO shows a scene from "Game of Thrones." (HBO / AP)

"I wouldn't be surprised if he went down a totally different path, just because he's bored," Perez said. "For the type of writer he is I can see him doing it, thinking, 'You know what? that's been done. I'll do something else.'"