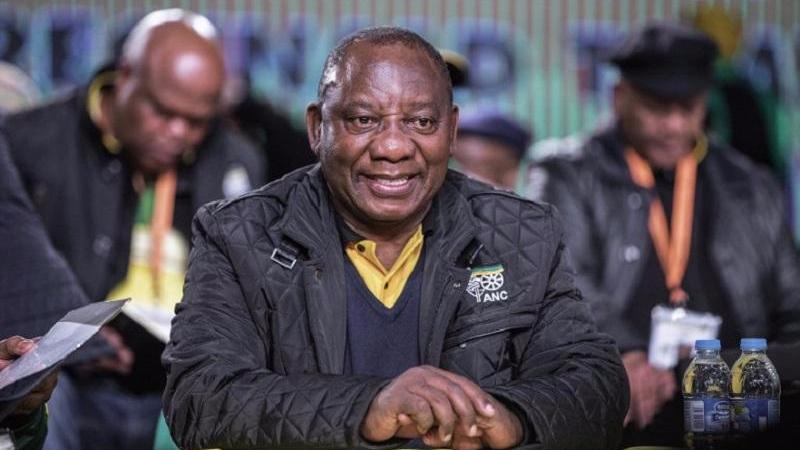 JOHANNESBURG - South African Deputy President Cyril Ramaphosa, a leading contender to become head of the ruling ANC in December, stepped up his criticism of the government on Sunday, saying state-owned companies had been "captured" and funds looted from them.

Ramaphosa's remarks during a speech to an African National Congress meeting in the old diamond-mining town of Kimberley were tougher than others he has made on government graft, signaling the issue will be a main theme of his campaign.

He also took aim - without naming them - at the wealthy Gupta family, friends of President Jacob Zuma who have been accused of using undue influence to win lucrative state contracts. Zuma and the Guptas have denied any wrongdoing.

"Many of these state-owned enterprises have been captured by certain people, by a certain family," Ramaphosa said.

"All of our state-owned enterprises have been captured and we are saying we want to see an end to state capture and the money that has been stolen, we want it back," he said, to roars of approval from the audience.

South Africa's top prosecutor said on Wednesday police were examining a trove of leaked documents detailing relations between the Guptas and Zuma, but it was too early to say if a prosecution should be launched.

Ramaphosa said in May that South Africa was in danger of becoming a "mafia state" and he took a swipe in July at the Guptas over media reports that state funds were diverted in 2013 to pay for a lavish Gupta family wedding.

But Sunday's remarks about a "certain family" were more pointed and come as the race heats up for the ANC's top spot. The next head of the party, who will be selected in December, will be its presidential candidate in 2019 national elections.

Ramaphosa's main challenger, veteran politician and Zuma's ex-wife Nkosazana Dlamini-Zuma, will next week be sworn in as a member of parliament, a move which could see the former minister brought back into the cabinet, raising her profile.

Analysts say she has the backing of Zuma's well-established patronage network as well as organizations such as the party's Women's League.

Ramaphosa is a trade unionist-turned-business tycoon who has the backing of a diverse group of unions, communists and investors who do not always see eye to eye but want to rid the ANC of Zuma's influence and legacy.

The opposition has long accused Zuma of sleaze and influence-peddling while in office. He survived a no-confidence vote in parliament on Aug 8 but 30 ANC lawmakers voted with the opposition, indicating deep divisions in the party that has dominated South African politics since the end of apartheid in 1994.