Nissan shareholders OK ouster of ex-chair Ghosn from board 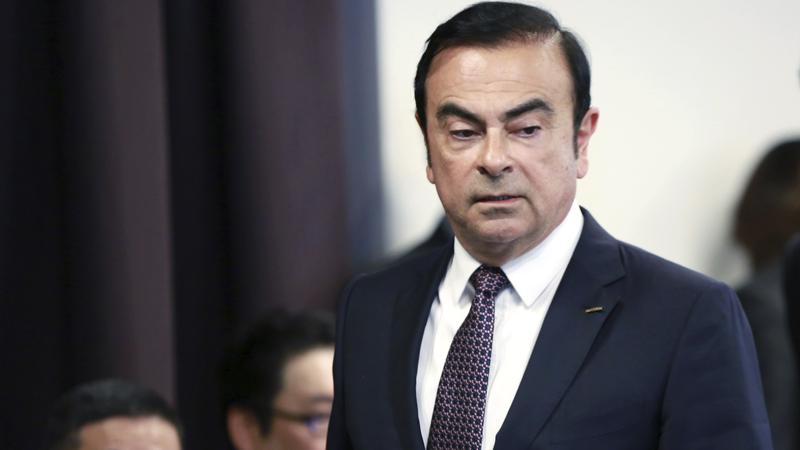 In this May 12, 2016, file photo, then Nissan Motor Co President and CEO Carlos Ghosn arrives for a joint press conference with Mitsubishi Motors Corp in Yokohama, near Tokyo. (EUGENE HOSHIKO / AP)

TOKYO — Nissan shareholders approved on Monday the ouster from the Japanese automaker's board of its former chairman, Carlos Ghosn, who is facing allegations of financial misconduct.

The approval, which was expected, was indicated by applause from the more than 4,000 people gathered at a Tokyo hotel for a three-hour extraordinary shareholders' meeting. Other votes had been submitted in advance.

Ahead of the vote, Nissan's top executive apologized to its shareholders for the scandal at the Japanese automaker and asked them to approve Ghosn's dismissal.

Senard, introduced to shareholders at the meeting's end, thanked them and promised to do his best to keep the automaker's performance on track.

"I will dedicate my energy to enhance the future of Nissan," said Senard.

They likewise also gave a green light to removing from the board a former executive direct, Greg Kelly, who has been charged with collaborating with Ghosn in the alleged misconduct.

Angry shareholders demanded an explanation for how wrongdoing on an allegedly massive scale had gone unchecked for years. The meeting was closed except to stockholders but livestreamed.

This is an unprecedented and unbelievable misconduct by a top executive

One shareholder said Nissan's entire management should resign immediately. Saikawa said he felt his responsibility lay in fixing the shoddy corporate governance at Nissan first, and continuing to lead its operations. Another shareholder asked if Nissan was prepared for a damage lawsuit from shareholders since its stock price has plunged.

"I deeply, deeply apologize for all the worries and troubles we have caused," Saikawa said. "This is an unprecedented and unbelievable misconduct by a top executive."

He outlined the findings of an internal investigation, such as payments of a consultation fee to Ghosn's sister for 13 years. The investigation has also found too much power had been focused in one person, he said.

Ken Miyamoto, 65, a Nissan shareholder, said he was disappointed.

"It is really such a pity as he was a brilliant manager," Miyamoto said of Ghosn before heading into the meeting. "I guess he became complacent as people kept praising him too much."

Ghosn says he is innocent of all allegations and has suggested the accusations were made by some people at Nissan hoping to remove him from power.

He has been charged with under-reporting his compensation in financial documents, and with breach of trust in having Nissan shoulder investment losses and making suspect payments to a Saudi businessman. Ghosn says the compensation was never decided on or paid, no investment losses were suffered by Nissan, and the payments were for legitimate services.

Ghosn was arrested in November, released on bail in early March and then re-arrested for a fourth time last week. The latest arrest was in connection with fresh allegations that US$5 million sent by a Nissan Motor Co subsidiary and meant for an Oman dealership was diverted to a company effectively controlled by Ghosn.

His detention on that allegation has been approved through April 14 but could be extended. The date of his trial has not been set. 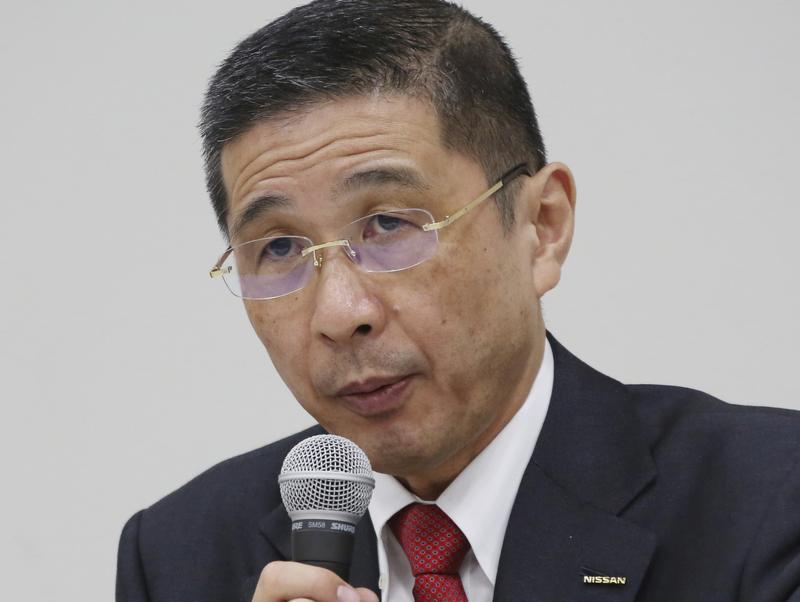 Yokohama-based Nissan, which makes the Leaf electric car, March subcompact and Infiniti luxury models, was on the brink of bankruptcy when Renault sent Ghosn to turn it around two decades ago.

Saikawa told shareholders the company will stick by the alliance, fix its governance problems and make the ouster of Ghosn "a turning point."

"We had allowed a system in which wrongdoing could be carried out without detection," he said.