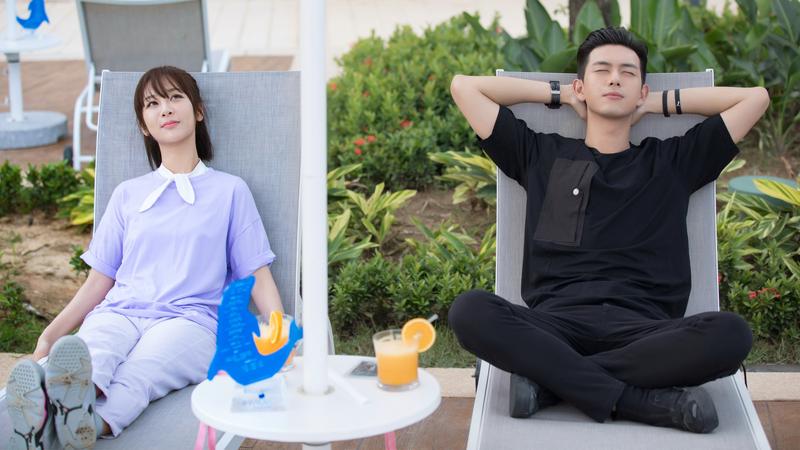 The TV series Go Go Squid tells a love story about a computer major, who's also a singer, played by Yang Zi, and a cyber-security professional. (PHOTO PROVIDED TO CHINA DAILY)

The plot, the character portrayed, the director - all play a part, but "destiny "can have a leading role for any actor, Yang Zi says.

"Destiny" certainly set the stage for Yang at a tender age as she started acting when she was just 7.

"There are many roles offered or suggested, but at the end of the day, you can only choose one of them, and that may be destiny."

Change, I realized, could only be possible when I had enough quality work, which could bring the audience with me as I experienced different feelings and faced new challenges

The actress, who's a veteran at just 27, discussed her career in an interview on July 8 to promote her new TV series, Go Go Squid, which was broadcast on Zhejiang TV and Dragon TV on July 9. Yang plays the role of Tong Nian, a talented computer major who is also a popular online singer. Yang's schoolmate at the Beijing Film Academy, Li Xian, plays her boyfriend, Han Shangyan, a cybersecurity professional. The story is about how they fall in love, support each other and strive to win prizes in international cybersecurity competitions.

Yang can draw on the experiences of roles she played in the past. "Unlike Jinmi (the role she played in Ashes of Love), who is outgoing and innocent, Tong is reserved. But when she talks, she can surprise listeners with her vision. She appears genteel and demure, but there's a fire burning in her heart. She has an inner steel to realize her goals."

As a child star in the family comedy, At Home With Kids, Yang has been a household name in China since her childhood. But this is a two-edged sword. Early success does not readily translate into future fame. She knew many child stars who failed to get suitable roles when they entered adulthood and had to give up their careers. Her own career was not without difficulties. There were many times when she also met similar difficulties and nearly gave up, but she persisted. "I am quite lucky. I like acting, and the audience did not give up on me," says Yang. 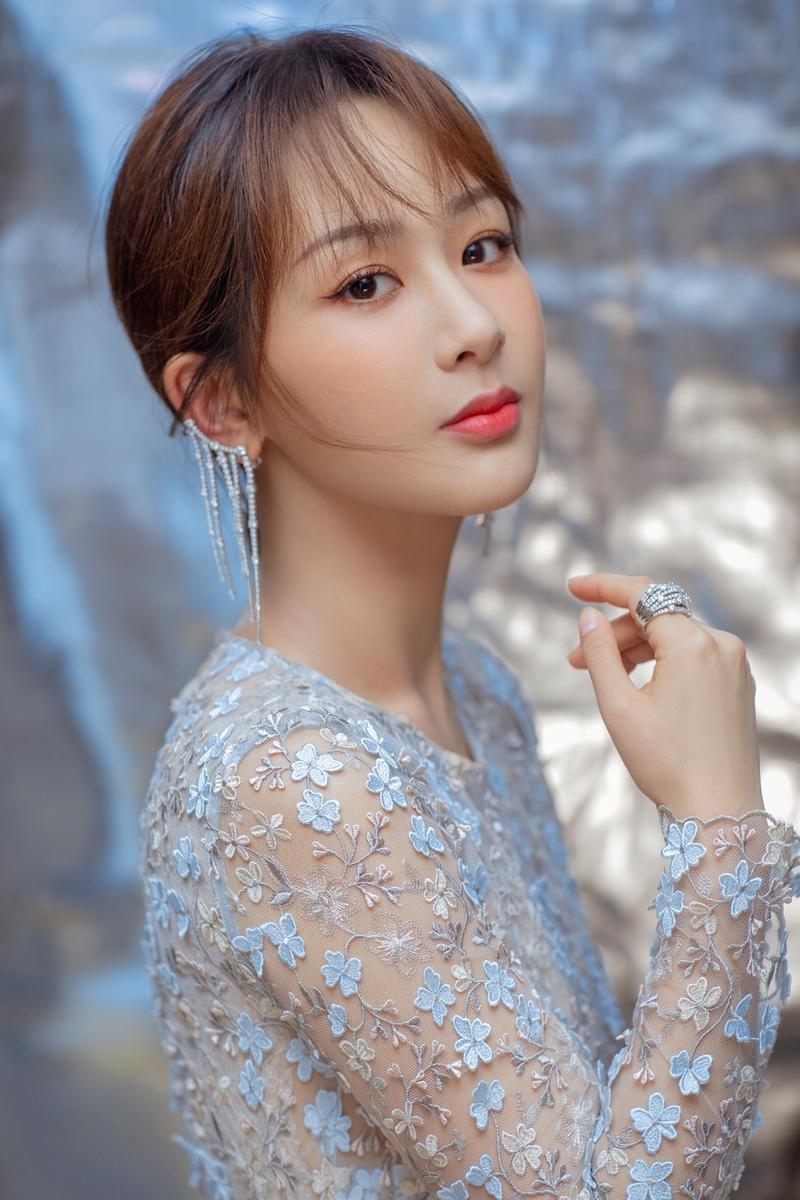 Child stars can be pigeon-holed. Cute, adorable, funny and innocent are attributes that need to be discarded for more adult roles. It is one thing for the actor to shed them. It's another thing entirely for the audience to do so.

"Several years ago, I considered how to change the perception people had of me. Change, I realized, could only be possible when I had enough quality work, which could bring the audience with me as I experienced different feelings and faced new challenges," she says.

"Just saying, 'I want to change', or changing my attire and makeup will not work."

Her efforts have paid off.

When people think of her now, she is no longer Xia Xue (the cute, smart daughter she played in At Home With Kids). She has played a comprehensive sweep of characters in serious TV series and fantasy dramas. Yang played the lead in the 2014 TV series, Battle of Changsha, which scored 9.2 points out of 10 on China's popular review site, Douban. Yang played heroine Hu Xiangxiang, who grew up as an adorable family favorite to be a benevolent nurse and fall in love with a patriotic army officer fighting Japanese invaders in the 1930s.

"People in the film industry thought I had grown up and saw potential in me as an actress," says Yang who believes it was a "turning point" in her career.

But even when a series is popular, there is no guarantee that the actors will share the plaudits equally. In 2015, she played one of the leading roles in Ode to Joy, a series about five young women and their friendship, career choices and emotional struggles in the city. The series attracted widespread acclaim both at home and overseas.

However, when it was aired in 2016, Yang was surprised to find that her role was intensely criticized online. Her character was accused of being stupid. Some people even equated her with the role. In reality, of course, it showed her ability to win over audiences with the integrity of her performance.

"As an actress, I cannot shape a perfect role. The script is there, and I have to show the role's stupidity according to the script," says Yang.

Another highlight of her career was the fantasy drama, Ashes of Love, which aired in 2018. It topped TV ratings for 34 consecutive days.

But success can take a toll. Yang lost 9 kilograms while shooting, but the end result made the sacrifice worthwhile, she says.

Yang cares deeply about audiences and welcomes critical suggestions. "I don't like hearing praise all the time, since that makes it hard to progress. I like to listen to different people and improve my acting based on their suggestions."

With 20 years of acting under her belt, Yang allows herself a modicum of confidence. "I used to feel tense and was afraid the director might be dissatisfied with my acting. But now, I can discuss the character and my acting with the director if I have a different understanding of the role."

Yang also says she used to care a little too much about what others thought. Now, she focuses more on her inner feelings and is clearer on what road she should take.

"Sometimes, it seems two people are fighting inside my heart, but I always tell myself to discover my true feelings."

Chen Xinyu contributed to the story.