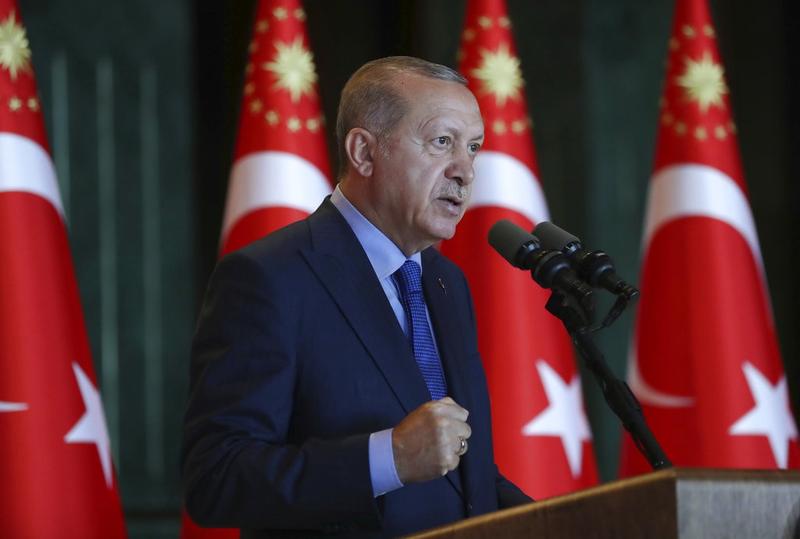 Turkey's President Recep Tayyip Erdogan, gestures as he delivers a speech to Turkish ambassadors at the Presidential Palace in Turkey, Aug 13, 2018. Erdogan says his country is under an economic "siege" that has nothing to do with its economic indicators. (POOL PHOTO VIA AP)

If they have the iPhone, there is Samsung elsewhere. We have Vestel.

Showing no signs of backing down in a standoff with the US, Erdogan suggested that Turkey would stop procuring US-made iPhones and buy Korean Samsung or Turkish-made Vestel instead.

"If they have the iPhone, there is Samsung elsewhere. We have Vestel," he said.

It was unclear how Erdogan intended to enforce the boycott.

Erdogan also renewed a call for Turks to convert their dollars into the Turkish lira, to help strengthen the currency.

The Turkish lira has nosedived in value in the past week over concerns about Erdogan's economic policies and after the US slapped sanctions on Turkey angered by the continued detention of an American pastor. 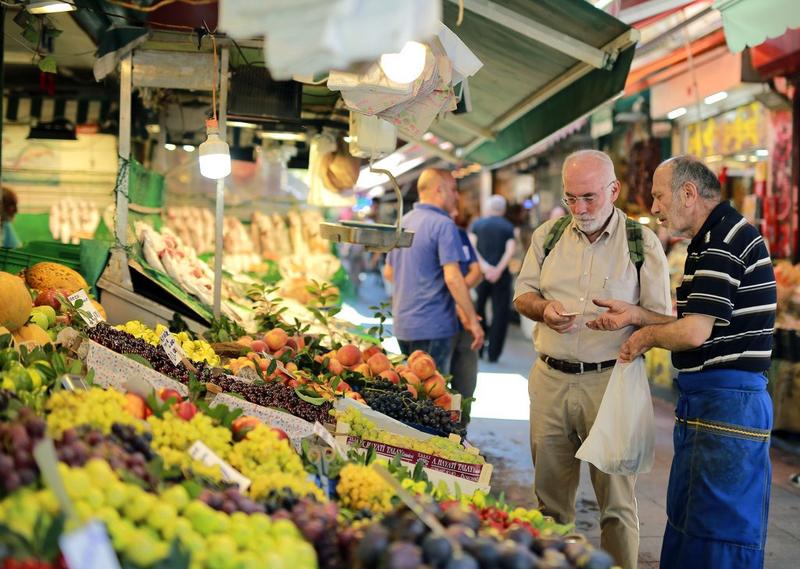 A man shops in a market in Istanbul, Aug 13, 2018. Turkey's central bank announced a series of measures on Monday to free up cash for banks as the country grapples with a currency crisis. (MUCAHID YAPICI / AP)

In a joint statement issued Tuesday, the industrialists' group TUSIAD and the Union of Chambers and Commodity Exchanges also called for diplomatic efforts to resolve a spat with the United States and improve relations with the European Union, which is Turkey's major trading partner.

The business groups also urged the drawing up of a roadmap to reduce inflation.

The Turkish lira has nosedived against the dollar and other currencies in the past week, sparked by concerns over President Recep Tayyip Erdogan's economic policies and a dispute with the US over the detention of an American pastor, who is on trial on espionage and terror-related charges.