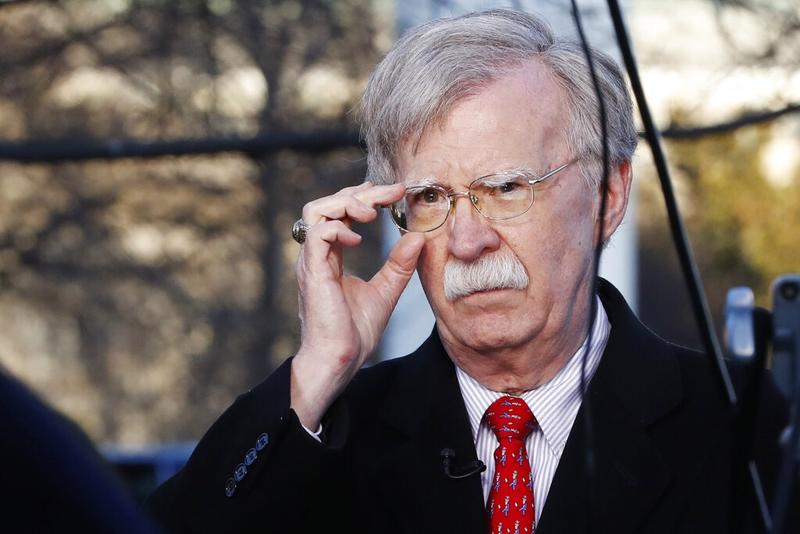 In this March 5, 2019 file photo, US national security adviser John Bolton adjusts his glasses before an interview at the White House in Washington. (JACQUELYN MARTIN / AP)

It would do yourself no good if you continue to throw away such remarks devoid of discretion and reason.

Bolton told Bloomberg News on Wednesday that the United States needs to see a real indication from the DPRK that it has made a strategic decision to give up its nuclear weapons before the third DPRK-US summit.

Calling Bolton's remark "nonsense," Choe Son-hui, vice-minister of the DPRK's Foreign Ministry, told the official Korean Central News Agency (KCNA) that "Bolton should at least have understood about what kinds of substantive communications are made between the top leaders concerning the 3rd round of summit before he had ever opened his mouth."

"It would do yourself no good if you continue to throw away such remarks devoid of discretion and reason," she was quoted by KCNA as saying.

DPRK top leader Kim Jong-un and US President Donald Trump have held two summits – the first one in Singapore in June last year and the other in Vietnamese capital Hanoi in February. The second summit ended without an agreement on Feb 28.