By Alfred Romann and David Ho in Hong Kong 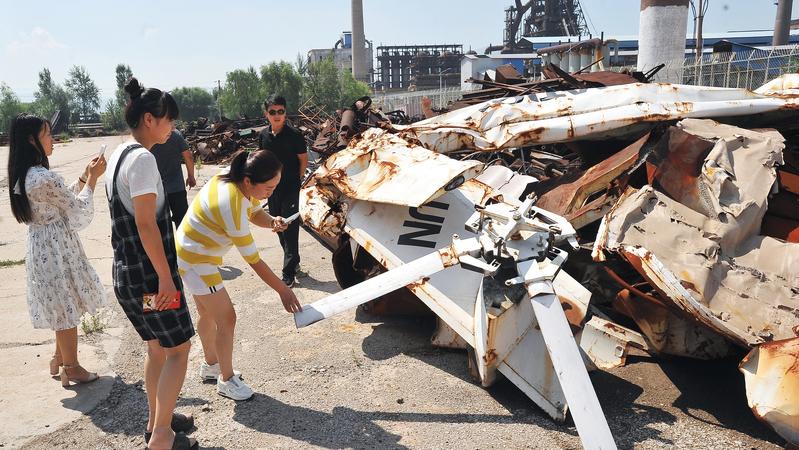 The latter rate would be considered healthy growth in mature markets like the United States, but it was a dramatic slowdown for China, where the market had expanded by an astounding 48.7 percent in 2015.

Chinese moviegoers have been pushing the industry to achieve average growth of 35 percent per year for more than a decade.

Data from the State Administration of Press, Publication, Radio, Film and Television (SAPPRFT) show visits to urban theaters rose 18 percent to 1.62 billion visits last year, up from 1.37 billion in 2016.

A big reason for the rapid growth might be the sheer number of screens across the country. Last year alone, some 1,612 new cinemas were built and 9,597 new screens installed.

Now with 50,776 screens, China has more than any other country in the world. The US comes in second with 40,759 screens but still remains the world’s largest film market.

With plenty of movie theaters and eager audiences, China is poised to overtake the US for this title. But what exactly are Chinese audiences flocking to see?

Wolf Warrior 2, a domestic action flick, became China’s highest-grossing film ever and a great contributor to the 2017 box office. It raked in 5.7 billion yuan, more than twice the 2.7 billion yuan earned by The Fate of the Furious, the year’s top-ranked foreign film and second highest grossing picture overall.

With Chinese moviegoers supporting the domestic industry, their enthusiasm shows no sign of abating.

“The rapid development of the film industry has been a big bright spot for China’s culture industry,” Zhang Hongsen, vice-minister of SAPPRFT, said in October on the sidelines of the 19th National Congress of the Communist Party of China in Beijing.

“We have been sticking to a direction that centers on people in creating (films),” Zhang said.

Foreign films made up 41.7 percent of total ticket revenue in China in 2016, up from 38.4 percent in 2015. The impressive revenues have made Chinese audiences a saving grace for Hollywood films.

When Transformers: The Last Knight pulled in just US$69 million in the US during its opening weekend in June, it hit a low for the franchise. But it made up for the dismal showing with a US$123.4 million opening at the Chinese box office — a hefty portion of the action film’s US$265.3 million global debut.

The first three installments of the Transformers franchise experienced massive success in the Chinese mainland. The 2007 original grossed US$45 million, the 2009 sequel raked in US$72 million, and the third film in 2011 took in US$172 million. The fourth release in 2014 became the highest-grossing movie in China at the time (now sixth) by hauling in US$297 million.

Warcraft is another franchise that can boast a “big in China” claim. The 2016 movie adaptation of the titular series of video games and novels made US$156 million in its first five days in China alone, despite dismal numbers elsewhere. Not bad for a film made on a budget of US$160 million.

“That’s the beauty of a global network, there is a chance that an audience elsewhere could breathe new life into stale intellectual property,” said Po Hou, a media and entertainment managing partner with consultancy Deloitte China.

“Studios and filmmakers have already recognized that, and they also realize that they need to throw in elements or versions that will suit Chinese audiences.”

It makes sense for Hollywood to do that, especially if its slice of the Chinese moviegoer pie continues to increase.

In 2016, China’s regulators padded out the release schedule with extra Hollywood films, bringing the total that year up to 39 imported titles from the usual 34.

Since 2012, China has accepted 34 foreign films each year, with a caveat that 14 of those are 3-D or large-format movies.

Observers are predicting an expansion of China’s foreign film quota and a bigger share of profits for Hollywood distributors. That number may increase by a dozen or so.

The share of box-office revenue that US distributors are entitled to is also expected to increase from the current 25 percent and inch closer toward the international average of 40 percent.

“Certainly, the trend has been to slowly increase the number of the film quota year by year,” said Hou. “Besides pressure from the World Trade Organization, there is also growing domestic demand for content.

“But first, they need to appease the Chinese censorship board. Then, they also need to make these special cuts that will endear them to Chinese viewers who love seeing something familiar appear on screen,” Hou added.

A special China cut of Iron Man 3 (2013) featured bonus footage and scenes of Chinese actress Fan Bingbing. Disney’s Zootopia (2016) adopted a similar strategy by adding a panda newscaster in the Chinese version of its movie.

Product placement in American films aimed at Chinese consumers has opened up an important revenue stream for Hollywood.

“There is also a growing trend of Chinese companies promoting products in Hollywood movies, not with the aim of attracting American consumers but instead to resonate with Chinese viewers,” said Eda Erbeyli, a project manager for research firm Daxue Consulting.

Erbeyli believes this marketing tactic allows Chinese companies to “increase the appeal of their products through celebrity association, becoming aspirational products — which means that a premium price can be charged”.

She foresees this trend to continue growing exponentially.

“Many Chinese companies and brands have helped to fund these movies through product placement and hope to enjoy the rewards of increased cinema viewers.”

Sometimes these deals can go sour. Wulong Karst Tourism, a State-backed travel company, sued Paramount Pictures in 2016 over an omission of its logo in scenes filmed in Chongqing, in Southwest China, in Transformers 4: Age of Extinction (2014), for which it paid US$750,000. Paramount and its Chinese production partner were eventually ordered by the courts to pay US$300,000 in compensation and legal costs to Wulong.

The US company’s countersuit to claim the remaining 20 percent of the sponsorship fee, which had been withheld by Wulong, was also rejected.

To keep revenues from China growing, Hollywood may have to find new ways to keep both audiences and sponsors happy.

“To purely depend on scene and on special effects will probably not work forever. Now that Chinese audiences are smarter, they are not made happy so easily,” said Wang Jianlin, chairman of Dalian Wanda Group, when he unveiled plans in October 2016 for an US$8 billion filmmaking complex in Qingdao, East China’s Shandong province, to an audience in Los Angeles.

Harry Oram, cofounder of the Third Culture Film Festival, believes it would also be helpful for Hollywood and China to develop a stable of Asian stars.

“Hollywood has yet to invest in an Asian star seriously. But now that they want to make a serious bid for a slice of the Chinese box-office pie, they should find and hone talent in the region that could carry films in China, if not both sides of the Atlantic, with their star power,” he said.

“It would afford them better control and create a joint brand for both sides and both markets at the box office and beyond.”