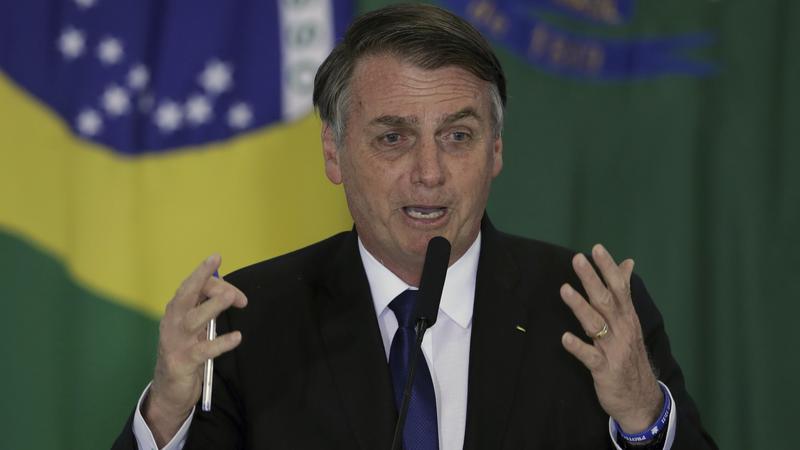 Brazil's President Jair Bolsonaro speaks during a ceremony where he signed a second decree that eases gun restrictions, during the signing ceremony at Planalto presidential palace in Brasilia, Brazil, May 7, 2019. (Eraldo Peres / AP)

Bolsonaro will host the informal meeting on Friday, since Brazil holds the temporary leadership of the bloc this year, according to the statement.

"On that occasion, BRICS leaders will discuss issues related to the G20 agenda, such as recent developments in the economy and the international financial system, energy transitions and the digital economy," according to the statement.

The statement unveiled Bolsonaro's schedule on the summit, including his bilateral meetings with other heads of state and government on the sidelines of the summit, and the sessions that he will take part in.