China urges developing nations to be better represented at UNSC 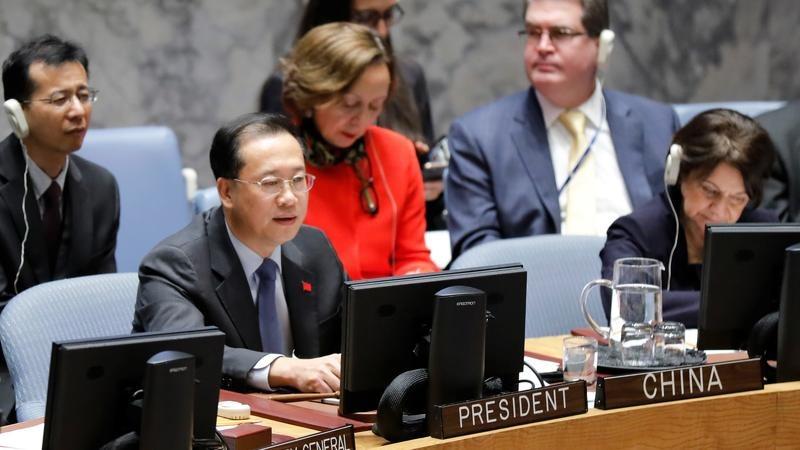 UNITED NATIONS — Greater representation should be given to developing countries in the United Nations Security Council, a Chinese envoy said Tuesday at a UN General Assembly (UNGA) meeting on Security Council reform.

Noting that the current session of the Intergovernmental Negotiations on Security Council Reform (IGN) "has achieved positive progress," Ma Zhaoxu, China's permanent representative to the UN, said member states "have established with greater clarity that the reform should give priority to greater representation and voice of developing countries, especially African countries in the Council and to creating more opportunity for small- and medium-sized countries to be involved in the work of the Council."

The Chinese envoy welcomed the UNGA consensus adopted Tuesday by a brief technical oral decision to roll over the IGN to the next session of the General Assembly.

Ma praised UNGA President Maria Fernanda Espinosa Garces for her stewardship, under which five IGN meetings were held "to good effect" during the 73rd UNGA session.

He also spoke highly of the efforts made by Christian Braun, permanent representative of Luxembourg to the UN, and Lana Nusseibeh, permanent representative of the United Arab Emirates to the UN, IGN co-chairs, who "maintained an objective and impartial position, extensively consulted a broad membership and facilitated the in-depth discussions on the five clusters of issues pertaining to Council reform."

"The Chinese delegation highly appreciates the positive role of the UNGA president and the co-chairs as well as the outstanding contributions they've made," said the Chinese envoy.

"A lot of constructive proposals were put forward, which contributed to enhancing mutual understanding and trust" between the Security Council and the General Assembly, said Ma.

The Chinese ambassador warned that "enormous differences still remained over matters of the principle concerning the general direction and approach of Council reform."

"To date, no proposed reform approach or concrete solution has garnered wide support from member states," he noted.

"This is the reality facing us. And face it, we must," Ma noted.

If in disregard of this reality, "to artificially expedite the process, set a time limit and rush into text-based negotiation, you would only exacerbate the polarization and confrontation and undermine the efforts made over the years," he said.

"This is not conducive to the sound progress of the Council reform process and not in line with the interests of the broad membership," said the Chinese ambassador.

"China appeals to other member states to demonstrate political will, participate in the IGN during the next General Assembly session in an active and constructive manner, and work together to move the IGN forward in the direction that garners the widest possible acceptance and serves the common interest of all member states and the long-term interests of the United Nations," the Chinese envoy said.