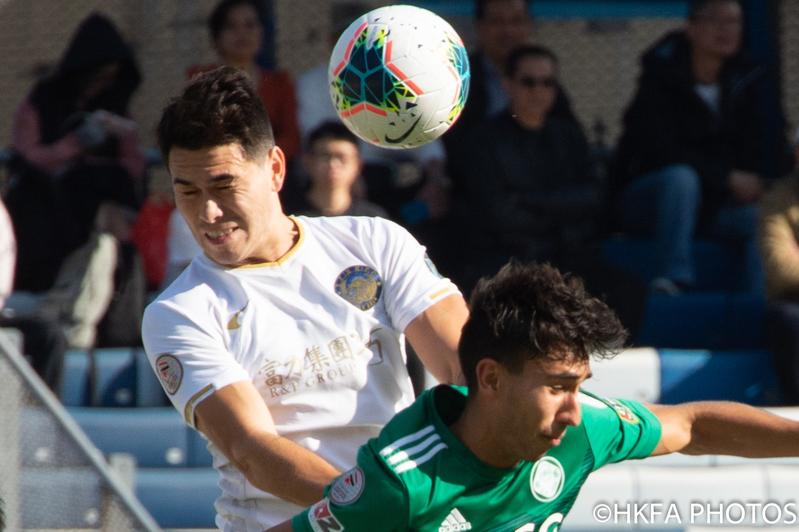 With the Hong Kong Premier League only returning on 21 December, the Sapling Cup has been taking the stage instead over recent weeks.

Meanwhile, the HKFA team under head coach Mixu Paatelainen has started into the East Asian Football Federation (EAFF) Championship with a 0-2 defeat to South Korea in Busan. The Finnish manager lined up a defensive starting eleven, and for the first 45 minutes the team was indeed able to shut out the title favourites. Fung Hing-wa made his team debut as a centre-back next to Helio. Law Tsz-chun, Tsui Wang-kit, and Tong Kin-man completed the defense. In the midfield, captain Huang Yang teamed up with Tan Chun-lok, Wong Wai, and youngster Cheng Siu-kwan. James Ha was the lone striker, while Yapp Hung-fai guarded the goal as usual. However, shortly before half time captain Huang caused an avoidable hand ball and MLS midfielder Hwang In-beom scored with a wonderfully taken free-kick for the 1-0 lead. Previously, Southern striker Ha came closest for the guests, with one shot off target following a fast counter-attack. Soon after, he placed another harmless shot right into the arms of the goalkeeper. Nonetheless, the HKFA squad managed to disrupt South Korea’s game plan in the second half as well, until Na Sang-ho scored the decisive 2-0 in the 83rd minute. Giovane da Silva, Roberto Affonso, and Ju Yingzhi came from the bench, but were unable to change the momentum.

This puts South Korea on top of the group after the first round, as they will face China in the next match. The HKFA team will lock horns with Japan on Saturday, 14 December.

The battle of the Greens will be staged at the less frequently occupied stadium in Siu Sai Wan. It is also going to be the battle of the two bottom teams of Group B in the Sapling Cup. In fact, both Happy Valley and Tai Po have yet to gain a single point in this competition, albeit having played less games than their rivals. Southern currently sit comfortably on top with seven points, followed by Yuen Long on five and R&F on three. The latter have just hosted Happy Valley last weekend in a rescheduled Premier League match at Yanzigang Stadium. R&F celebrated a 2-0 victory, courtesy of two goals by last season’s Player of the Year Igor Sartori. This latest win strengthened the pole position of the Guangzhou, sitting now three points ahead of Eastern and Lee Man in the Hong Kong Premier League. However, Lee Man still have one game in hand. 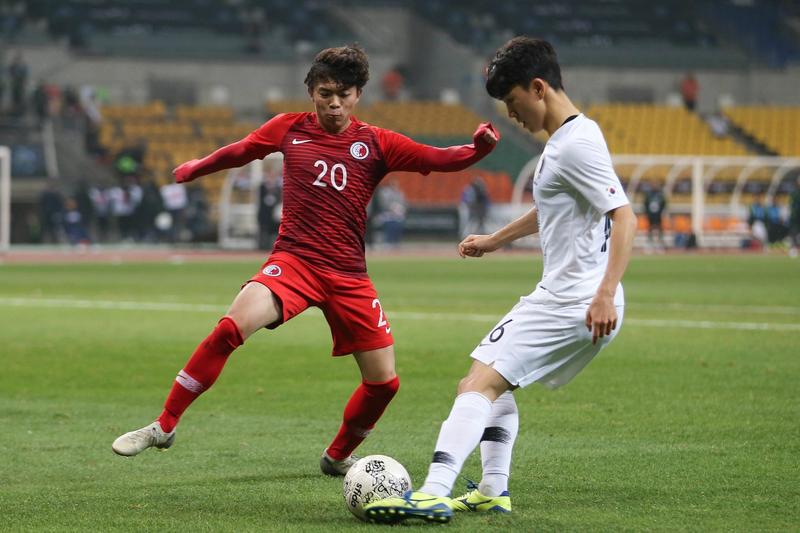 Lee Man's Cheng Siu-kwan is currently with the HKFA team at the EAFF Championship in Busan. (PHOTO COURTESY OF HKFA)

On Sunday afternoon, Lee Man will take on Rangers – coincidentally at their usual home ground in Sham Shui Po, although the Sapling Cup is traditionally played at neutral venues. In this case, these are also the two bottom teams of Group A, and neither side will be too ambitious to go all out for a win, given that Eastern are already on track for the final with a maximum of nine points in three matches. Nonetheless, Lee Man are also the defending champions and may at least want to earn some respect this season as well. The Sapling Cup requires each team to field at least three U22 players during the entire match. However, Lee Man will be without youngster Cheng Siu-kwan who is currently with the HKFA team in Busan.

With the Premier League on hiatus, this is usually a good possibility for some of the lower divisions to get some limelight. Hong Kong Football Club are still on top of the First Division, having dropped only three points thus far this season. Resources Capital are three points behind, followed by Eastern District, South China, and Citizen. It remains unlikely that HKFC will aim for promotion at the end of the season, given their preference for maintaining the amateur status of the club. Three district sides, namely Sham Shui Po, North District, and Wong Tai Sin, are currently at the bottom of the 1st Division and may face relegation.

The 2nd Division is dominated by Kowloon City, with just one draw interrupting their flawless record of six wins. They are followed by St. Joseph’s who are just three points behind and still have a game in hand as well. Yau Tsim Mong, Tung Sing, and Sparta Asia sit at the bottom and could face relegation into the fourth tier next season. From there it appears that Wing Go will promote to 2nd Division eventually, having won all of their nine games.

The Hong Kong Premier League will return again on Saturday, 21 December, with a match-up between Yuen Long and Happy Valley. R&F will visit Rangers in Tuen Mun on Sunday, while third-placed Lee Man will lock horns with runners-up Eastern.