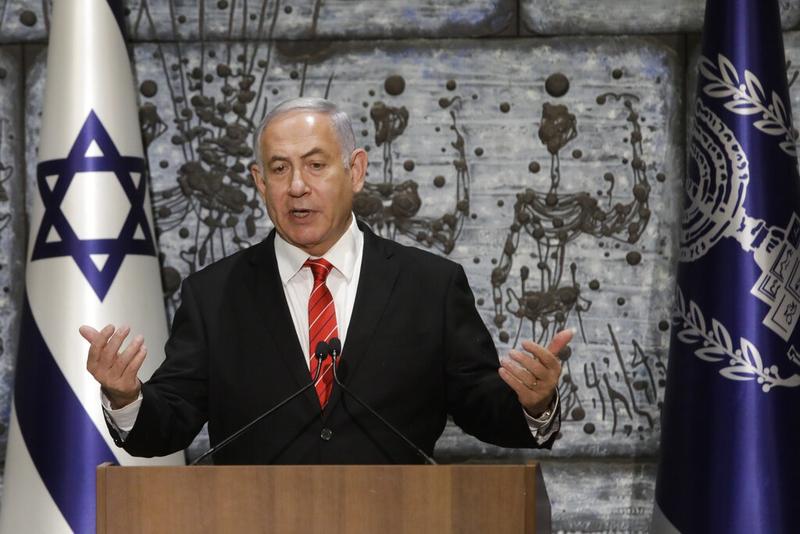 Netanyahu is currently struggling to prolong his lengthy rule by building a unity government with his primary opponents, the centrist Blue and White party, who refuse to partner with him because of the serious crimes of which he is suspected.

We (Netanyahu's lawyers) are going to present not only the evidence everyone is aware of but also new evidence. We are sure that once we present our findings there will be no choice but to close the case.

Israel's attorney general has recommended charging Netanyahu with bribery, fraud and breach of trust in three separate cases. Netanyahu has denied wrongdoing, calling them part of a media-orchestrated witch hunt. The allegations against him include suspicions that he accepted hundreds of thousands of dollars of champagne and cigars from billionaire friends, offered a critical publisher legislation that would weaken his paper's main rival in return for softer treatment and allegedly used his influence to help a wealthy telecom magnate in exchange for favorable coverage on a popular news site.

Netanyahu has long promised he'd clear his name in the hearing. A team of his lawyers arrived at the Justice Ministry in Jerusalem to argue that all charges should be dropped.

"We are going to present not only the evidence everyone is aware of but also new evidence. We are sure that once we present our findings there will be no choice but to close the case," Netanyahu attorney Amit Haddad said, upon entering the hearing. "We believe and know that at the end of the day all the three cases must be closed."

The sessions are expected to extend over four days. It could take several weeks for the attorney general to render his final decision. However, legal experts say the likelihood of an indictment is very high given the mountains of evidence collected by police over years of investigations and the prosecution's seeming consensus of pursuing a trial.

Although Netanyahu would not be required to step down if charged, he will face heavy pressure to do so. Already, he hasn't been to muster the required 61-seat majority in parliament to build a coalition government and faces stiff resistance from those he will need to back him.

President Reuven Rivlin selected Netanyahu last week as the candidate with the best chance of forming a government. That move came after Rivlin failed to broker a unity government between Netanyahu and Blue and White leader Benny Gantz in recent days. A unity government appears to be the preferred option for both sides, but they remain far apart on who should lead it first and what such a constellation would look like. Netanyahu and Gantz were slated to meet again Wednesday before Gantz abruptly cancelled, signaling the likely breakdown of the talks.

In such a case, Netanyahu will probably inform the president he cannot form a government. Rivlin will then likely offer a chance to Gantz, who faces equally long odds of doing so. If he too doesn't succeed, Rivlin can select another legislator or he can set in motion what would be unprecedented third elections.

According to the final official results from the Sept 17 elections, Blue and White finished first with 33 seats in the 120-seat parliament, just ahead of Netanyahu's Likud with 32 seats. Netanyahu edged Gantz, however, 55-54 in the number of lawmakers who recommend him as prime minister, leaving both short of the magic number of 61.