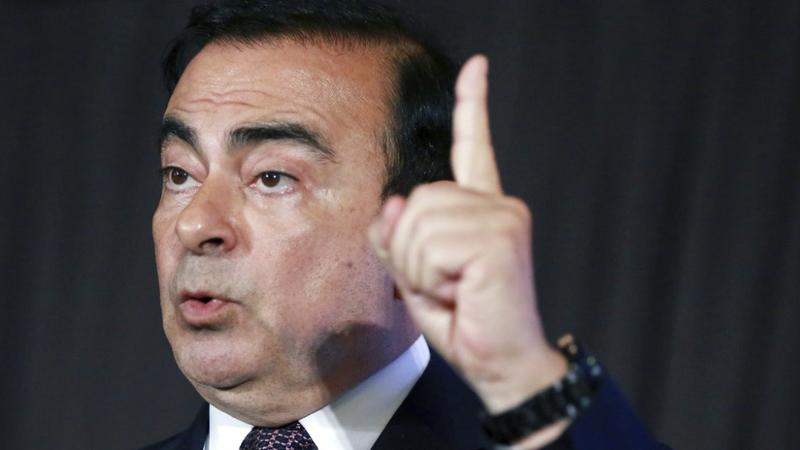 In this May 12, 2016 photo, then Nissan Motor Co President and CEO Carlos Ghosn speaks during a joint press conference with Mitsubishi Motors Corp in Yokohama, near Tokyo. (EUGENE HOSHIKO / AP)

Prosecutors appealed the decision by the court earlier in the day to grant release on bail. They say he may tamper with evidence or influence witnesses. Ghosn's lawyers can protest the appeal and push for his release.

Ghosn was arrested in November, released on bail in March but re-arrested in April on new allegations and taken to the Tokyo Detention House.

He has been charged with under-reporting his post-retirement compensation and breach of trust in diverting Nissan money and allegedly having it shoulder his personal investment losses.

Ghosn, 65, a Brazilian-born Frenchman of Lebanese ancestry, says he is innocent. He contends the compensation allegedly underreported was never decided on or paid and the payments considered to be a breach of trust were legitimate.

The latest bail agreement follows 1 billion yen (US$9 million) in bail that Ghosn posted for his earlier release.

For that release, his defense team offered special conditions such installing a surveillance camera at the entrance to a specified residence for the former star executive and promising to use a cellphone and the internet only under specified conditions. The latest release requires similar restrictions, including not leaving the country, according to the court.

Ghosn's case has reignited criticism, both internally and internationally, against lengthy detentions without a trial or conviction in Japan, which critics call "hostage justice." Ghosn led Nissan Motor Co for two decades and was credited with steering the success of the global alliance with Renault SA of France and smaller Japanese automaker Mitsubishi Motors Corp.

Nissan lowered its profit forecasts for the fiscal year through March for the second time Wednesday, acknowledging the downward revision reflected the fallout from the Ghosn scandal, as well as slowing markets and rising costs in some regions.

Ghosn's departure has raised questions about a potential leadership vacuum at Nissan, which he dominated until his arrest, and about the future of its alliance with Renault and Mitsubishi.

Nissan has promised to strengthen its corporate governance, but its image has suffered and sales have fallen, especially in France and Japan where Ghosn is well known.

Nissan, based in Yokohama, has declined comment on the criminal case against Ghosn. It has said an internal investigation found misconduct, and has ousted Ghosn from the board.

In a video statement released April 9, Ghosn said a few Nissan executives plotted against him in "a conspiracy." A date for Ghosn's trial has not been set. In Japan, trial preparations tend to take months. Both sides have said that the case is complex. The allegations against him involve payments to a Saudi dealership, as well as funds paid to an Oman business that purportedly were diverted to entities run by Ghosn.