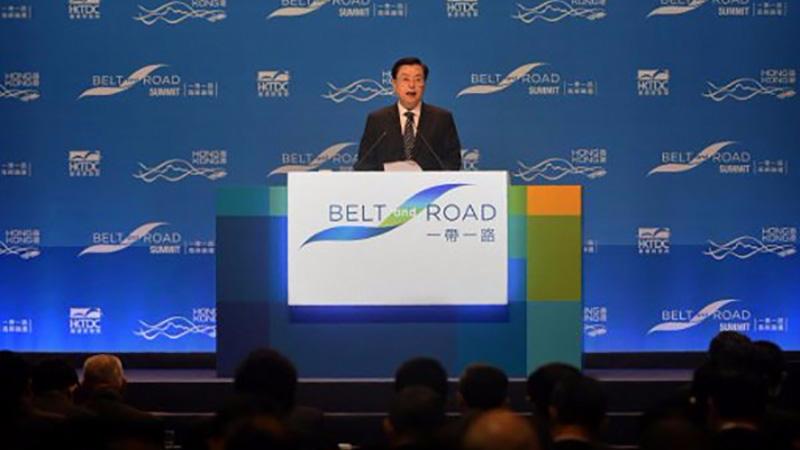 Residents inquire about medicine prices at a community hospital in Donghuashi, Beijing, on Saturday. Medicine prices are going down for patients of public hospitals in Beijing, but the cost to see a doctor is going up. (Provided To China Daily)

E-commerce powerhouses in China are extremely bullish about strengthening trade ties and invigorating economic activities in economies along the Belt and Road Initiative, industry observers said.

They said that as fast-growing mobile and internet usage propels consumer spending, an ever-widening array of "Made in China" items will be at their fingertips, while Chinese bring home worldwide delicacies thanks to frictionless online transactions and fast cross-border deliveries.

Chinese phones are gaining traction among buyers notably in Eastern Europe and the Middle East, with Russia, Ukraine and Israel topping the list of generous spenders on these gadgets, according to AliResearch, the research arm of Alibaba Group Holding Ltd.

Apart from electronic devices, fashion and jewelry, women's apparel and nail beauty accessories are the latest darling of foreign buyers, said the report, which tracked data from AliExpress, Alibaba's international marketplace that has served more than 100 million overseas shoppers.

Bargain hunters in Russia have pushed the e-commerce boom to new heights, with Chinese products including phones, clothing and other consumer electronics being the most popular items.

The cyber Silk Road, which effectively links smaller merchants with individual customers, is fueling new momentum to the Belt and Road Initiative by promoting inclusive trade and access to logistics and financial services once reserved mainly for multinationals, said Gao Hongbing, Alibaba's vice-president.

"This relatively new and frictionless method of conducting business on the digital platform can enable more businesses and entrepreneurs to participate in global trade and reap the benefits of globalization," Gao said.

Likewise, thousands of brands have established a prominent presence and reaped huge gains as Chinese customers snap up instant coffee and tea bags from Malaysia, carpets from India and date palms from the United Arab Emirates.

Leveraging the China-Europe rail network, a crucial part of the initiative, JD has halved the time to transport auto supplies from Germany to southwestern China compared with sea routes, she said.

"The internet is the key feature of the Belt and Road Initiative in the 21st century, and cooperation in internet-related services along the routes propels innovation and industrial upgrading," said Wang Yiwei, director of the Institute of International Affairs at Renmin University of China in Beijing.