A bird's-eye view of Nanhai One, a shipwreck in which more than 180,000 cultural relics have been recovered. (PHOTO / CHINA DAILY)

In 1987, employees of a British maritime salvage company came to Yangjiang, Guangdong province, under an agreement with the Chinese government.

Hundreds of gold, silver and copper items, lacquer ware, and a range of other artifacts were also salvaged from the wreck

They came to look for the Rijnsburg, a Dutch merchant ship that sank during a typhoon in 1772 while reportedly carrying a bountiful cargo. It was a ship about which they only knew from historical records.

Whether by accident or design, another shipwreck was found.

The vessel was centuries older, dating back to the early Southern Song Dynasty (1127-1279). As a tiny speck of dust in the grand story of the prosperous Maritime Silk Road－the network of ancient trade routes connecting China to the rest of the world－it was not mentioned in any history books.

Archaeologists named it Nanhai One as it was the first major ancient shipwreck to be found in the South China Sea (Nanhai) within Chinese waters. It also launched a long voyage of discovery for Chinese experts in nautical archaeology.

ALSO READ: The tale of taels

More than 180,000 cultural relics have been recovered from Nanhai One, which is 22.9 meters long, 9.8 meters wide with a hull 2.7 meters deep, the National Cultural Heritage Administration announced at a news conference last week.

"It is so far the biggest underwater archaeological discovery in China," says Sun Jian, chief technical supervisor of the National Center of Underwater Cultural Heritage, the leader of the research program.

According to Sun, the cabin of the ship, which housed 15 separate rooms, has recently been cleaned up.

Because the wreck was typical of the Fujian style at the time, archaeologists believe that the ship and its fully-laden cargo set off from Quanzhou, a city in the province, which was then one of the world's busiest sea ports.

"Fujian-style ships were widely used in ocean trade during the Southern Song Dynasty," Sun explains. "They were safer than other ships at countering storms and high waves, and they were able to carry more goods. However, they were slower." 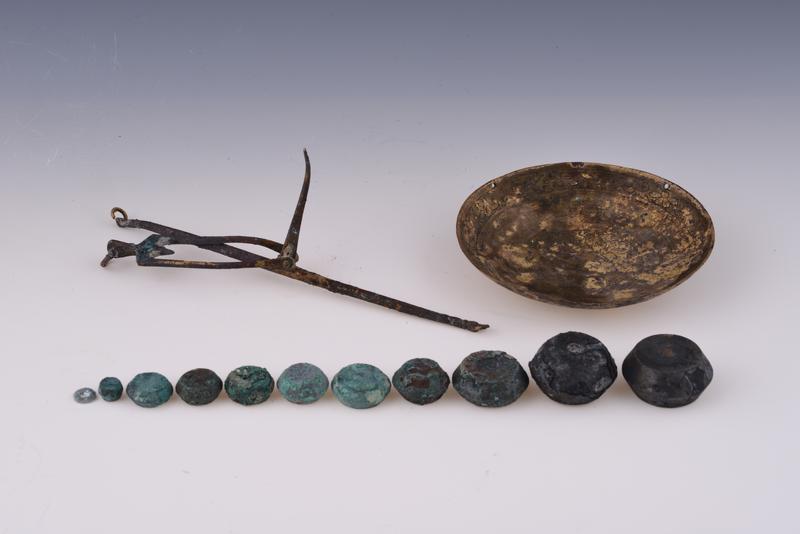 Cultural relics recovered on Nanhai One, such as this balance with counterweights, shows the prosperous trade along the Maritime Silk Road in the Southern Song Dynasty (1127-1279). (PHOTO / CHINA DAILY)

It is not known where the vessel was heading or whether it was a storm, high waves, or some other accident, that sealed the fate of Nanhai One, but the ship sank just a few hundred kilometers away from its starting point. We will probably never know the real reason for its demise.

Systematic research of Nanhai One began in 2000. There was much debate about how to move it from its resting place 20 meters below the surface of the water to dry land.

In 2007, archaeologists finally decided to salvage the shipwreck using a pool-type container called the Crystal Palace to move it to the Maritime Silk Road Museum of Guangdong in Yangjiang. Then, in 2014, archaeologists began to "unearth" the wreck, which was still buried in mud and sand.

The plan was awarded China's highest prize for progress in science and technology, a rare accolade for the archaeological community.

"If we lifted the wreck directly from the seabed, we would have overlooked some of the cultural relics, which had been scattered around the wreck," says Jiang Bo, director of the underwater archaeology department at the National Center of Underwater Cultural Heritage. "We were fortunate to see so much historical information remain so well preserved.

"It's just so perfect," he says. "For Chinese underwater archaeology, its significance is incomparable."

More than 170,000 porcelain articles were found, most of which remained intact after they were excavated. Sun says they provide a panoramic view of exported Chinese ceramics at the time－the peak of the ancient Maritime Silk Road.

"Such grandeur," he says. "Almost every type of Chinese porcelain that was being traded globally then can be seen, especially from Zhejiang, Fujian and Jiangxi provinces." 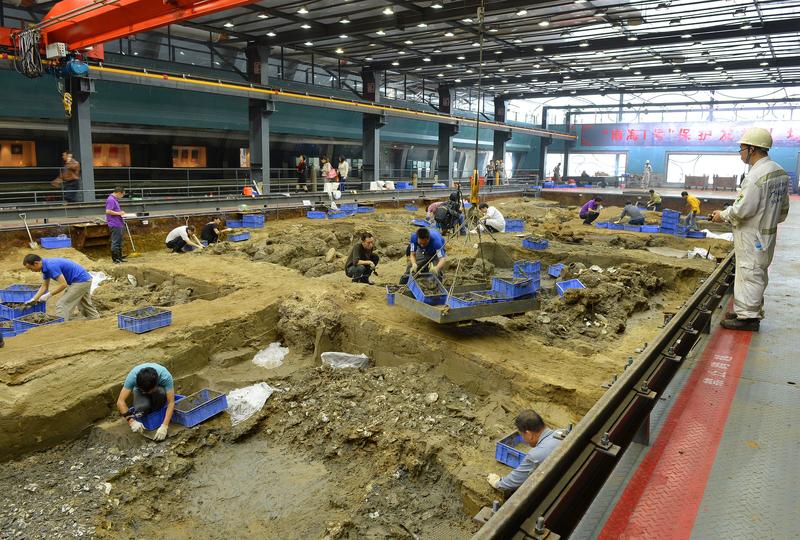 Archaeologists work in the cabin of Nanhai One, which is now at the Maritime Silk Road Museum of Guangdong. (PHOTO / CHINA DAILY)

These signature products include blue-and-white porcelain from Jingdezhen, Jiangxi, which was later to become "China's porcelain capital"; white porcelain from Dehua, Fujian; other ceramic items in a color resembling soy sauce from the Cizao kilns in Fujian; celadon works from the Longquan kilns in Zhejiang, alongside several other varieties. Their shapes vary widely, from domestic objects like bottles, jars, plates and bowls to rouge cases.

Many of the products were made in exotic styles to meet the demands of overseas buyers, Sun adds.

Yet, this treasure trove of ceramics does not overshadow the other findings. More than 130 metric tons of iron were also retrieved from the wreck.

"Coal was in common use by then, which sparked a boom in metallurgy," Sun says. "Iron was among China's key exports in international trade at that time, but its importance－which was no less crucial than porcelain or silk－was not widely known to the public."

Hundreds of gold, silver and copper items, lacquer ware, and a range of other artifacts were also salvaged from the wreck. Some of the gold ornaments were produced in the typical style suggesting that they were unaffordable to ordinary people.

"They might not have been saleable commodities," Sun continues. "Merchants and sailors might have bought them in China as gifts or they could have been personal belongings. The owner of this ship must be rich."

Over 20,000 copper coins and more than 300 kilograms of silver ingots used for currency also went down with the ship. 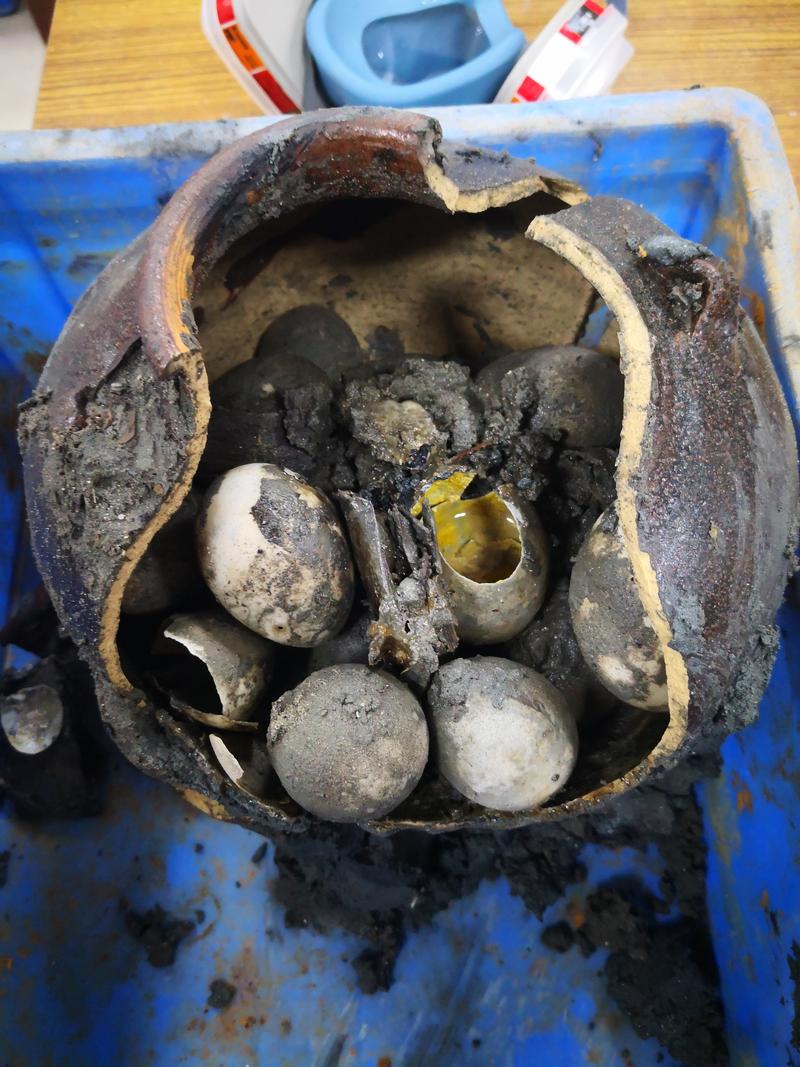 A jar of salted duck eggs found in the wreckage. (PHOTO / CHINA DAILY)

Bones of livestock－sheep, geese, chickens, pigs and oxen－plant seeds and shells of sea creatures were also found. There is even a jar of salted duck eggs and some pottery that once contained liquor, prompting the archaeologists to wonder what the banquets on board were like.

"We also found some religious items," he says. "They show how people were in awe of nature when they traveled across the sea."

Human remains－bones and hair－were also found, which were proven to belong to young, fit males. Cui Yong, deputy director of the Guangdong Provincial Institute of Cultural Relics and Archaeology, discovered that they were not Chinese after analyzing their DNA.

"It shows that it might have been common practice for foreign sailors to work on Chinese ships, suggesting a sense of openness," Cui says.

"Nanhai One is a time capsule," he says. "It is a dense complex of residences. This slice of history offers an abundance of elements that vividly depict people's daily lives. Interdisciplinary research and new scientific techniques will help us make more discoveries in the future."

The next step in the research will focus on the vessel's wooden hull, which should shed light on the world's shipbuilding history. For example, Nanhai One was equipped with an elevating rudder which can be adjusted according to the depth of water. The keel was believed to be later introduced from China to Europe by Arab mariners.

According to Sun Qingwei, an archaeology professor at Peking University, China's underwater archaeology, particularly in nautical studies, was almost a blank slate before the discovery of Nanhai One.

"For Chinese archaeology, the ship is like a maritime counterpart of the Yinxu Ruins, which needed generations of continued effort to uncover," he says, citing the more than 3,000-year-old ruins of the former capital dating back to the Shang Dynasty (c.16th century-11th century BC) in Anyang, Henan province, as a comparison. Archaeological research there started in 1928, a date that many scientists regard as the birth of modern Chinese archaeology. 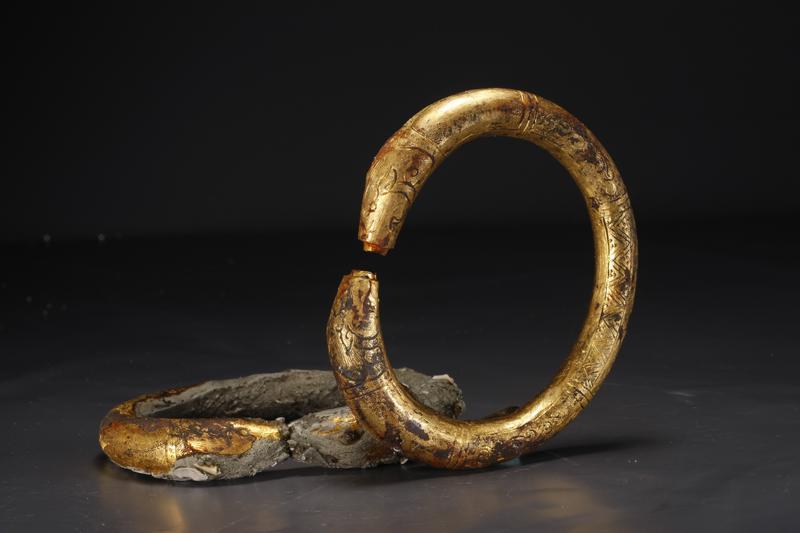 Cultural relics recovered on Nanhai One, such as this gold bracelets shows the prosperous trade along the Maritime Silk Road in the Southern Song Dynasty (1127-1279). (PHOTO / CHINA DAILY)

"Thanks to the ship, Chinese expertise in underwater archaeology has greatly advanced," he says.

"Nanhai One is the highlight of 70 years of archaeology in New China," Sun Qingwei says. "Its significance will also have a greater impact on the Belt and Road Initiative."

This experience has helped Chinese underwater archaeological research to seek new horizons abroad as well. In 2018, Jiang led a team to have a cross-border cooperative research program to examine the ruins of al-Serrian port near Mecca, Saudi Arabia. He says some discoveries there echo the findings in Nanhai One, such as the identical counterweights found there, and will offer a more detailed picture of the global maritime trade.

"Before the Age of Discovery (during the 15th century), the Maritime Silk Road had enabled a network of global trade to expand as widely as humans could," Wang Guangyao, a researcher at the Palace Museum in Beijing, says. "This can be seen in the types of Chinese porcelain found at sites as far away as Africa and the Mediterranean coast.

"However, unlike the Age of Discovery that led to colonization, the Maritime Silk Road was a peaceful trade route based purely on cultural exchange," he says. "A good example of this is how many countries learned how to make Chinese-style porcelain in those years, and their artistic styles also influenced Chinese products."

He notes that Nanhai One is a microcosm for these exchanges among different civilizations.

"And detailed research of Nanhai One on land shows that the real nautical archaeology is very different to treasure-hunting, which is often done by Western salvage companies," Wang says. 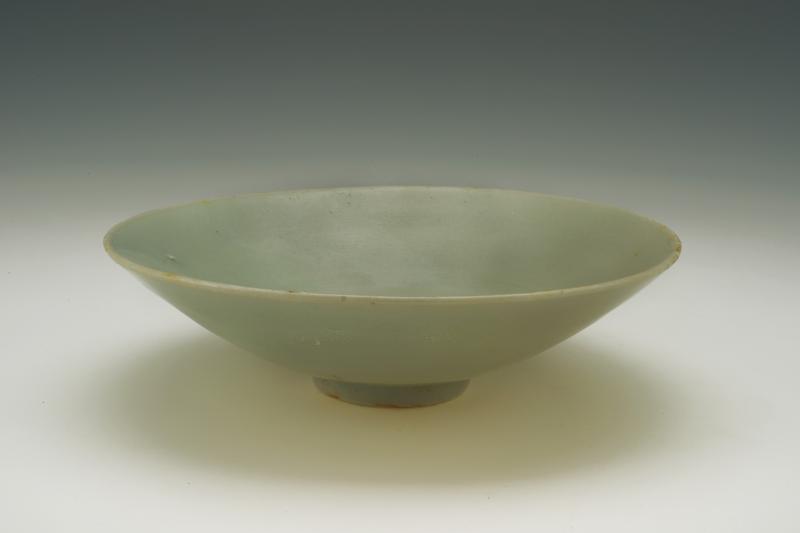 Cultural relics recovered on Nanhai One, such as this porcelain bowl produced in Longquan kiln, Zhejiang province shows the prosperous trade along the Maritime Silk Road in the Southern Song Dynasty (1127-1279). (PHOTO / CHINA DAILY)

"Physical evidence of the prosperous trade routes throughout South China Sea is rare," he says. "Nanhai One is just one example, and there is a much wider area that needs to be explored."

China launched its first vessel specifically designed for underwater archaeology in 2014. Since then, archaeologists have been undertaking a comprehensive survey of ancient shipwreck sites within Chinese waters. In December, the National Center of Underwater Cultural Heritage began to construct a research base in Hainan province to support the ongoing studies.

"The first step is to figure out what we have at home," Sun Jian says. "We have made many new findings, but this doesn't necessarily mean we have to immediately launch archaeological excavations. The work needs to be integrated into a long-term plan."