Expo to heighten effect of cuts in tariffs on imported goods 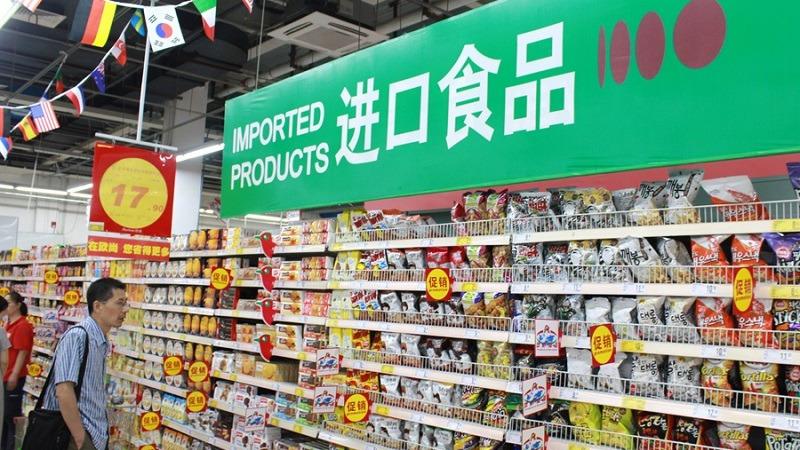 The six-day China International Import Expo, which begins in Shanghai on Monday, is expected to eventually increase the number of high-quality consumer products and related services coming into the country, thereby meeting the rising demand among Chinese consumers for such goods, experts said.

"There's still a great potential for the growth of domestic consumption demand," said Chen Lifen, a researcher at the Circulation Industry Promotion Center under the Ministry of Commerce.

The first import expo marks yet another milestone in China's policy evolution that has been increasing the purchasing power of Chinese consumers, giving them access to top products and related services.

Together with the July 1 move to lower import tariffs on certain consumer goods, the CIIE is expected to help deepen the ongoing consumption upgrade in the last quarter of this year

Together with the July 1 move to lower import tariffs on certain consumer goods, the CIIE is expected to help deepen the ongoing consumption upgrade in the last quarter of this year.

On July 1, the government slashed import tariffs on consumer goods, the fifth such cut since joining the World Trade Organization in 2001.

The latest cut benefited 1,449 items, or more than 70 percent of the consumer goods imported, whose trading volume was worth US$38 billion a year.

The goods included clothing, shoes, kitchenware and sports fitness products. Import tariffs on them were lowered from 15.9 percent to 7.1 percent.

The tariff on home appliances like washing machines and refrigerators was lowered from 20.5 percent to 8 percent.

The positive effects of these cuts and the CIIE will begin to manifest from the last quarter of this year, experts said.

"The lowering of tariffs will help lower the prices of consumer products to some extent," said Liang Ji, a researcher with the Chinese Academy of Fiscal Sciences.

"It'll have an impact on the daily life of Chinese consumers. It will help guide consumption reflux, revitalize the domestic consumption market and drive economic growth. It is also expected to force China to increase the quality of domestically made products."

During the National Day holiday break in early October, retail and food service sales in China reached 1.4 trillion yuan, and the average daily retail and catering sales expanded by 9.5 percent year-on-year during the period, according to a statement of the Ministry of Commerce.

"But the prices will ultimately depend on supply and demand in the domestic market," said Liang of the CAFS.