At Iraq's polls, many voters seek patronage and jobs 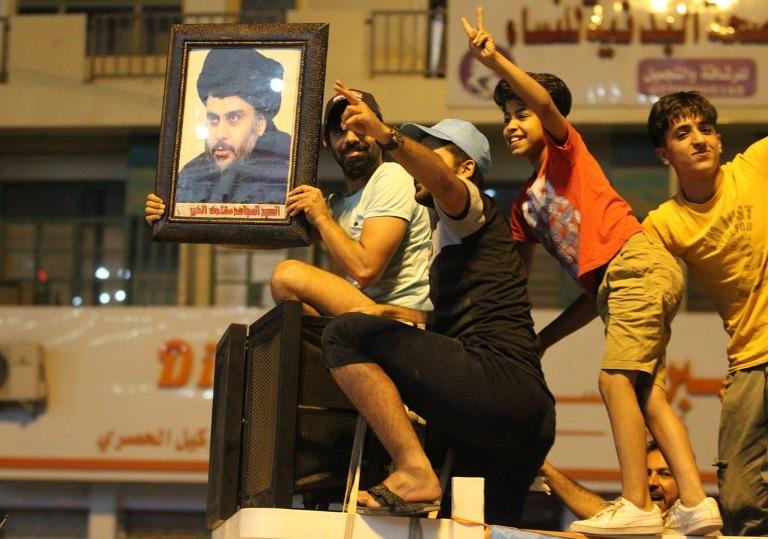 An Iraqi man celebrates with a picture of Shiite cleric Muqtada Sadr during the general election in Baghdad on May 14, 2018. The race to become Iraq's next prime minister appeared wide open as two outsider alliances looked to be in the lead after the first elections since the defeat of the Islamic State group. (AHMAD AL-RUBAYE / AFP)

BAGHDAD - Ahmed Abdelruba needs a job. Twenty-three years old and idle, he's embarrassed he can't contribute to his family's rent. So, on Saturday, he did what many Iraqis before him have done: He voted, and prayed a political patron would help him find work.
Turnout was a record low 44% in the national elections, according to the national election commission, underscoring the gloomy political mood reflected in interviews with Iraqis. Many who did vote cited patronage and personal connections for going to the polls.

I want some advantage from the party, from the state — anything will do

"I want some advantage from the party, from the state — anything will do," said Abdelruba, who said it was his first time voting.

He said he cast his vote for influential Shiite cleric Moqtada Sadr's political block, which runs a network of hospitals, charities, and schools that employ from Abdelruba's Baghdad neighborhood.
The cleric, who campaigned on a cross-sectarian platform of fighting corruption and investing in the country, was expected to do well in Baghdad, where some 3 million people live in the deprived Sadr City quarter, named after Sadr's father, Ayatollah Mohammad Sadq al-Sadr.
Sadr is also a staunch foe of Iranian and American influence in Iraqi politics.
In a more affluent family, Abdelruba — tall and athletic, and a touch diffident — might be expected to marry at his age. But he lives at home with his parents and seven other relatives, and everyone pitches in to pay the rent.
In Iraq, finding work is above all about who you know and who you support. When political parties win ministerial posts, they bring in followers to the agencies they take over. The larger the electoral victory, the greater the spoils. They also employ loyal supporters and family members at their charities, hospitals, and schools.
"All those people who are affiliated with a party, they find jobs," said Abdelruba, who said he let Sadr officials know he was voting for their list.
His father, Jassim, said it was up to Ahmed to "take advantage of his youth.""Before it's too late," Ahmed quipped.
Not all Iraqis see such a direct line between voting and employment.
"Even if I voted, do you think someone is going to say to me, come have a job? No one does," said Sabah Sobhi, 34, who sells sandwiches by the side of the road. He sat the elections out, after voting four years ago.
"I got nothing out of it," he said. "It's all lies, lies, lies."Ramadan Mohsen, 50, brought his grandson to the polling station to cast a blank vote. "I came to take the politicians down. I didn't give my vote to anyone," he said.
The tepid turnout worried politicians and activists who say they will try in 2022 to bring young voters out. No Iraqi election since 2003 had previously a turnout below 60%. 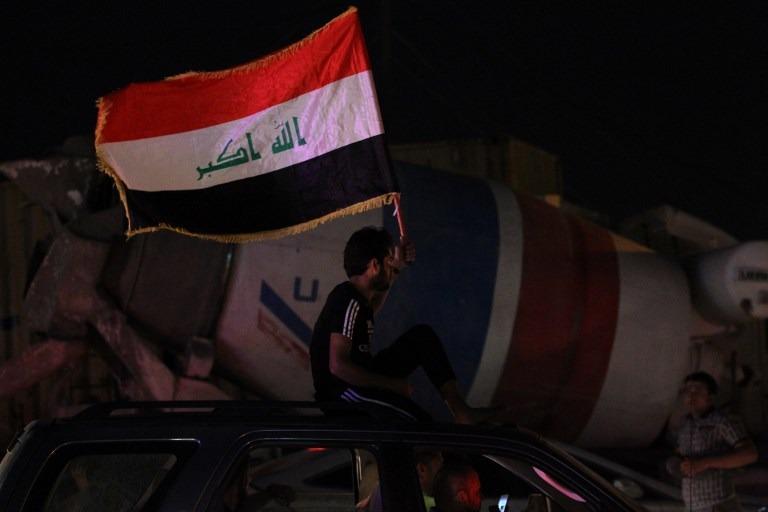 Iraqi men celebrate during the general election in Baghdad on May 14, 2018. (AHMAD AL-RUBAYE / AFP)

Polling station officials blamed it on a combination of tight security measures, voter apathy and irregularities linked to a new electronic voting system.
"Voters were alienated by the mismanagement of the country by the political parties," said Ali Radan, 22, an elections observer in Baghdad and an ambitious political organizer.
"The youth see that change happens through elections," he said.
It's a message that seemed to appeal more to well-off voters than struggling ones.
Fatima Jassima, a 30-year-old with four daughters, voted for former youth and sports minister Abdulhussein Abtan, who campaigned on his record of building stadiums across the country. He ran on a list loyal to Shiite cleric Ammar Hakim, who was not expected to win a leading number of votes.
"He did something for Iraq," said Jassima, of Abtan.
Plenty of Baghdad's voters cast their ballots for candidates they said they knew personally.
Maha Kamel and her sister, both under 30, voted for a candidate on a minor party list.
"If I didn't know him, I wouldn't have come out to vote," said Kamel. She said she had little faith in the political process and was concerned with finding work. A 2012 graduate of Baghdad University, she said she has never held a steady job.

"We are unemployed. We are graduates, and we are sitting at home," she said. 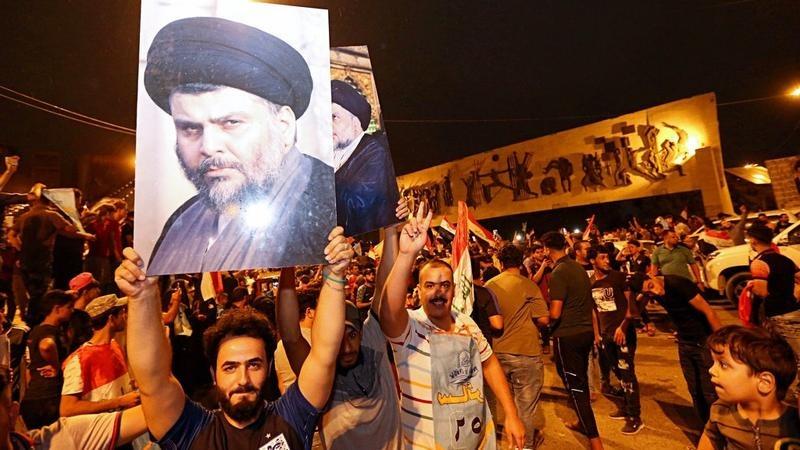 With votes scattered across numerous candidate lists, it could take months for a new parliament to form a new government and name a prime minister. The new government will have to balance Iranian and U.S. influences in a country that has depended on both to defeat an insurgency by the Islamic State group.
But for ordinary Iraqis, their concerns are remedying Iraq's chronic corruption, sputtering economy, and failing public services.
Many believe the current crop of politicians is not up for the job.
"I am certain these elections are a failure," said Abdelghani Awni, who was at a central Baghdad polling station as an observer. He did not vote. "Forget about change, from the perspective of the economy, of services — forget about it."Associated Press writer Qassim Abdul-Zahra contributed to this report