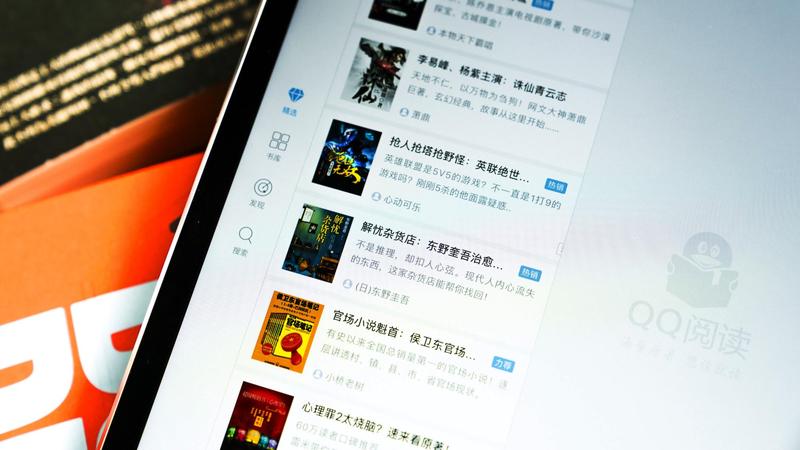 China Literature Ltd., the e-books business spun off by Tencent Holdings Ltd., tumbled the most since its initial public offering after agreeing to buy New Classics Media from its controlling shareholder for as much as 15.5 billion yuan (US$2.3 billion).

Shanghai-based China Literature fell as much as 15 percent, the most since its November offering. The offering, which raised more than US$1 billion, was considered a blockbuster in part because the stock soared 86 percent on its debut. Now, shares have dropped almost 50 percent from their peak and are approaching their IPO price.

Analysts are skeptical of the New Classics acquisition in part because one Tencent affiliate is buying another one at a price that may benefit the parent company. It’s also not clear the acquisition makes strategic sense for China Literature.

Shanghai-based China Literature fell as much as 15 percent, the most since its November offering

"They’re having trouble growing paying users, the core business is slowing down," said Billy Leung, an analyst with Haitong International Securities Co. in Hong Kong. "What they’re doing is trying to get growth by buying a production business."

China Literature’s management defended the deal, arguing that it had promising synergies and a payout pegged to performance metrics. The deal is aimed at adding popular TV programs and movies to China Literature’s content offerings, including the series “The First Half of My Life” and films such as “Some Like it Hot.”

“New Classics Media is a perfect fit for our strategy,” said Liang Xiaodong, co-chief executive officer, in a conference call. “We feel the strategic value of this acquisition, it’s clear, but more importantly, we had to structure the deal in a right way that aligns the long-term interest of shareholders, for both sides.”

The company will pay for the deal in cash and new shares issued to New Classics senior management team and Tencent, according to a statement on Monday. The final price will be subject to an earn out mechanism which only has a possible downward adjustment if earnings fall below certain levels, it said. Tencent owns about 44 percent of the company on a fully diluted basis, while New Classics management owns the remaining 56 percent of the equity capital, China Literature said.

China Literature said it would fund the transaction with 5.1 billion yuan of cash and 10.4 billion yuan in stock. Bank of America Merrill Lynch was the exclusive financial adviser on the deal.

China Literature owns nine major branded products and its flagship is QQ Reading, a mobile aggregation and distribution platform, it said. Tencent distributes China Literature across a number of its products, including Tencent News and Weixin Reading.

The company’s content is also distributed beyond its controlling shareholder Tencent by pre-installing apps on smartphone partners including Oppo, Vivo and Huawei.