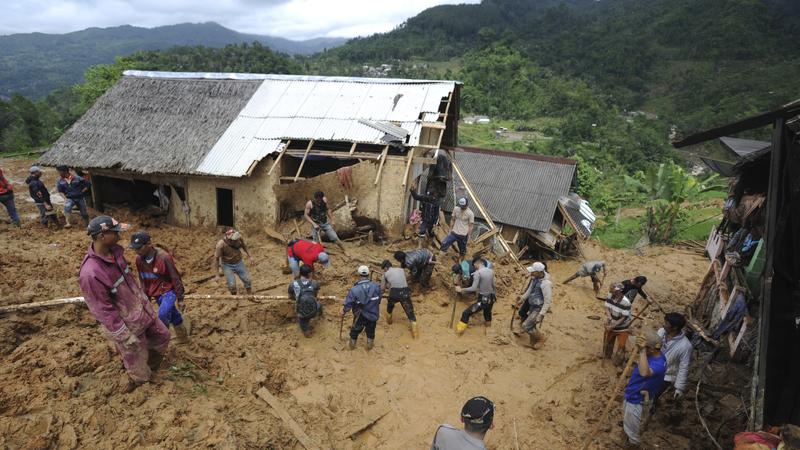 Rescuers search for victims at a village hit by a landslide in Sirnaresmi, West Java, Indonesia, Jan 1, 2019. Indonesia will more than double its disaster response budget to 15 trillion rupiah (US$1.06 billion) in 2019, officials said on Jan 8, 2019. (PHOTO / AP)

JAKARTA - Indonesia will more than double its disaster response budget to 15 trillion rupiah (US$1.06 billion) in 2019, officials said on Tuesday, after a series of major natural disasters devastated three regions of the vast archipelago last year.

Five trillion rupiah would be allocated to rehabilitation and reconstruction, while 10 trillion would be reserved for disaster response, said finance ministry spokesman Nufransa Wira Sakti

The Southeast Asian country suffered its deadliest year in over a decade in 2018, when over 3,000 people died in tsunamis and earthquakes in Sulawesi, Lombok, and West Java and Sumatra islands.

"The funds have been prepared in anticipation of 2019," said Askolani, budgeting director general at the finance ministry.

READ MORE: Indonesia: Floods, landslides to be predominant disasters in 2019

Five trillion rupiah would be allocated to rehabilitation and reconstruction, while 10 trillion would be reserved for disaster response, said finance ministry spokesman Nufransa Wira Sakti.

President Joko Widodo, who is running for re-election in April, said on Monday more money will be channelled toward disaster education and response.

"Given our disaster-prone geographic conditions, we must be prepared, responsive, alert, and resilient in facing any natural disaster," he said during the first cabinet meeting of the year.

Widodo has also called for disaster preparedness to be included in the national school curriculum and for a defunct country-wide early tsunami warning system to be renewed.

Last year, the finance ministry said it planned to launch a new strategy in 2019 to fund disaster recovery, which could include selling "catastrophe bonds". The central government would insure state assets against disaster and then create a disaster risk financing instrument for affected regions to draw upon.

Last month, 437 people were killed along the coasts of the Sunda Strait after a landslide on Anak Krakatau volcano sent waves up to five metres high crashing into western Java and southern Sumatra.

This followed a double quake-and-tsunami disaster in Sulawesi that killed over 2,000 people in September, and a series of major earthquakes that flattened much of the northern coast of the holiday island of Lombok in August.