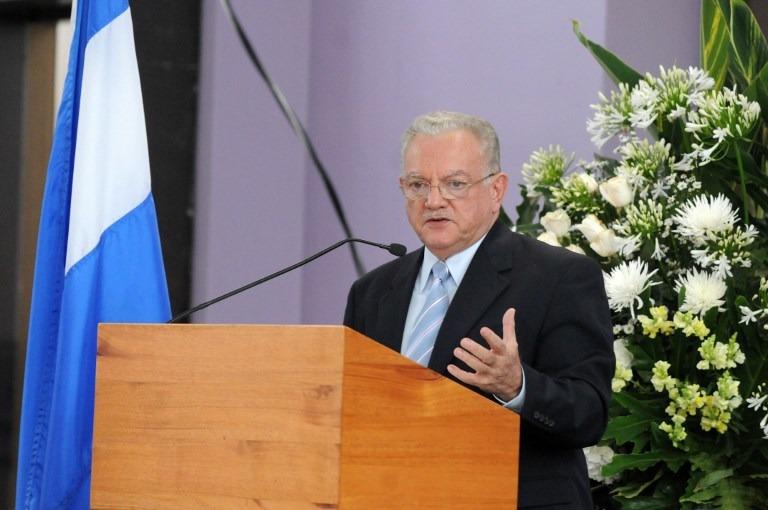 In this July 7, 2011, photo, the coordinator of the Commission for the Truth and the Reconciliation (CVR), Guatemalan Eduardo Stein delivers a speech during the ceremony to present their final report on the facts related to the coup that ousted president Manuel Zelaya, in Tegucigalpa. (ORLANDO SIERRA / AFP)

CARACAS, Venezuela — The United Nations has announced a special envoy to handle the growing number of Venezuelan migrants flooding into surrounding countries.

A once wealthy oil nation, Venezuela is wracked by severe food and medicine scarcity after two decades of socialist rule

A once wealthy oil nation, Venezuela is wracked by severe food and medicine scarcity after two decades of socialist rule. Venezuelan President Nicolas Maduro's government denies a migration crisis, calling it fake news drummed up by foreign powers as an excuse to invade.

The United Nations estimates 2.3 million Venezuelans have fled over the past four years — roughly 7 percent of the population. Many left for Colombia, Ecuador, Peru and Brazil.

The UN says Stein will work to protect displaced Venezuelans and look for solutions to the growing problem.