Protesters pass makeshift barricades on their way to the sit-in outside the Sudanese military headquarters, in Khartoum, Sudan, May 14, 2019. (PHOTO / AP)

KHARTOUM — At least nine people were wounded on Wednesday when Sudanese forces used live ammunition to clear demonstrators from central Khartoum, a protest group said, and talks on forming a body to lead Sudan to democracy have been suspended for 72 hours.

The violence has cast a shadow on talks that had appeared on course to reach a deal on forming a joint military-civilian body to run the country for a three-year transition period until presidential elections. Both sides traded accusations on who was responsible for the violence.

"We hold the military council responsible for attacking civilians," said Amjad Farid, a spokesman for the Sudanese Professionals' Association (SPA), which spearheaded months of protests that led to the military's removal of President Omar al-Bashir last month.

"They are using the same methods as the previous regime in dealing with rebels," he told Reuters.

But the head of Sudan's Transitional Military Council (TMC), Lieutenant General Abdel Fattah al-Burhan, accused the demonstrators of breaking an understanding on de-escalation while talks were under way and said protesters were disrupting life in the capital by blocking roads outside a protest zone agreed upon with the military.

In a televised speech broadcast early on Thursday, Burhan read out a long list of what he described as violations of understandings reached with protest leaders and said the TMC had decided to suspend talks for 72 hours "until a suitable atmosphere is created to complete an agreement."

He said the TMC, which took over after overthrowing and jailing Bashir last month, had decided to remove all barricades put up by demonstrators beyond the area where the protesters had been camping since April 6 outside the Defence Ministry.

Early on Wednesday the military announced a committee to investigate the targeting of protesters after at least four people were killed in violence in Khartoum on Monday.

Weeks of street protests that precipitated the end of Bashir's 30-year rule on April 11 have continued as the opposition demands that the military hand over power to civilians. 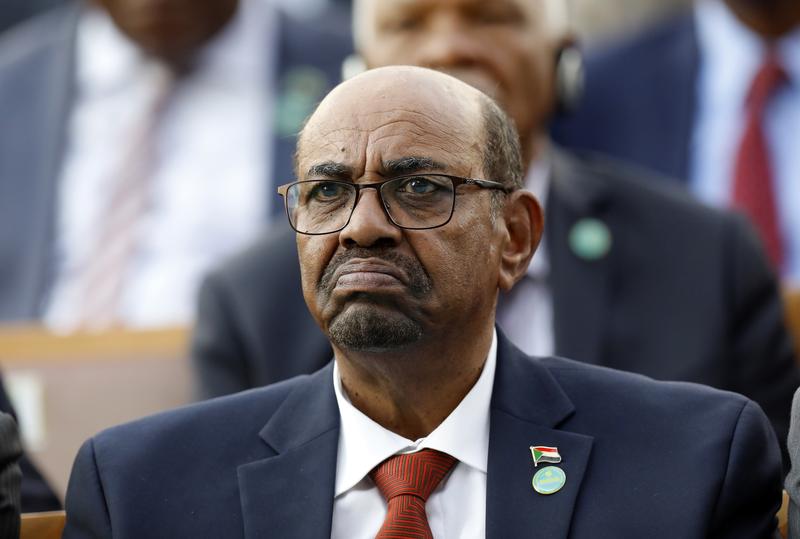 A Reuters witness and Sudanese witnesses said that troops in military vehicles using the logo of the paramilitary Rapid Support Forces (RSF) fired extensively as they tried to clear demonstrators on al-Mek Nimir Avenue in central Khartoum, near the Foreign Ministry.

"People were walking towards the barricades and they (security forces) were firing shots at them," a 20-year-old demonstrator, who asked not to be named, said, showing a handful of empty bullet casings and referring to road blocks set up by protesters.

The violence took place hours before the TMC was due to meet representatives of the umbrella opposition group Declaration of Freedom and Change Forces (DFCF) to try to hammer out a final deal for the transition period.

A senior DFCF leader said the TMC has informed them of the suspension of the talks. "No date has been set for the talks to resume," the source told Reuters.

The two sides, which have held talks for several weeks, announced early on Wednesday they had agreed on the composition of a legislative council and the duration of the transition.

Some demonstrators expressed caution over the prospects of an agreement that would satisfy their demands for a handover of power to civilians, and for security forces to be held to account for the deaths of demonstrators.

"We are still sticking to our plan," said Altaj Blah, a protester in central Khartoum. "The barriers are there and they are not moving until our demands are met."

In the agreement announced early on Wednesday the two sides said the transition would last three years - a compromise between the military council's proposal of two years and the opposition DFCF's preference for four. 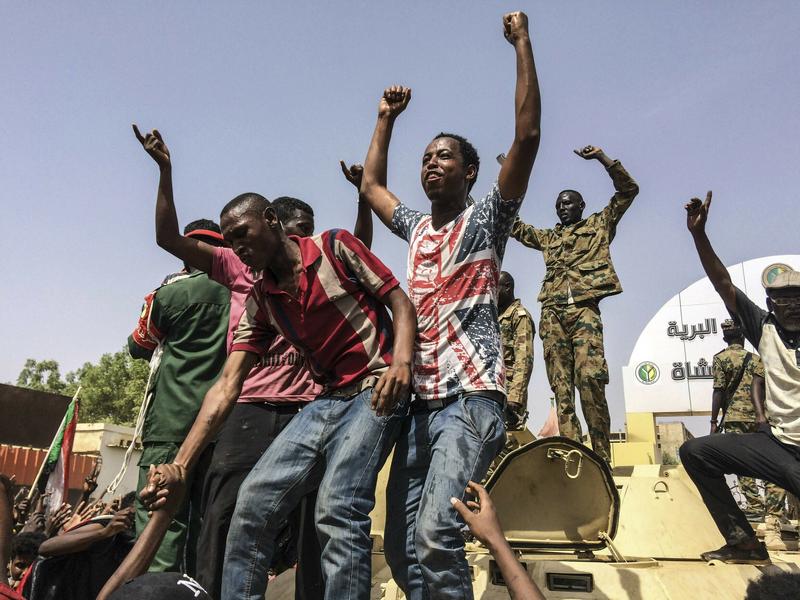 In this April 11, 2019 photo, Sudanese celebrate after officials said the military had forced longtime autocratic President Omar al-Bashir to step down after 30 years in power in Khartoum, Sudan. (PHOTO / AP)

The TMC said the DFCF would have two-thirds of the seats on a transitional legislative council while parties outside the alliance would take the rest. Elections would be held at the end of the three-year transition.

On Monday after security forces tried to clear some protest sites, at least four people, including three protesters and a military police officer, were killed in an outburst of violence. They were the first deaths linked to the protests for several weeks.

DFCF members blamed security and paramilitary forces, while also voicing suspicions that groups linked to Bashir might be fomenting unrest to undermine the chances of a political accord.