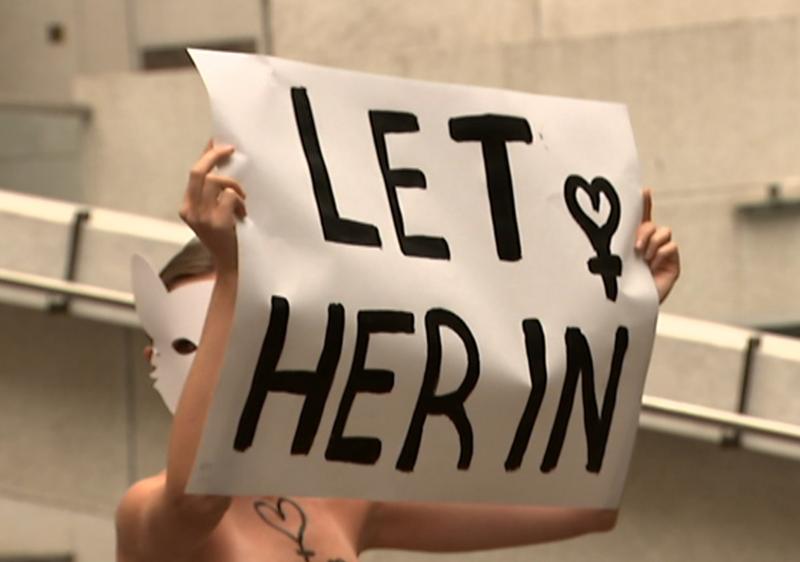 In this photo taken on Jan 10, 2019, a woman protester marches with a sign outside the building housing the Saudi consulate in Sydney. (AUSTRALIA BROADCAST CORPORATION / AP)

SYDNEY — Four women held a topless protest in Sydney on Thursday to support runaway Saudi woman Rahaf Mohammed Alqunun, as Australia began considering her bid to settle in the country as a refugee.

Alqunun was on Wednesday deemed a refugee by the UN High Commissioner for Refugees, after being detained in Bangkok en route to Australia. The 18-year-old publicized her case via social media after barricading herself in her Bangkok hotel room, saying she feared for her safety if sent back to her family in Saudi Arabia.

In downtown Sydney on Thursday morning, four women, dressed only in jeans and calling themselves the Secret Sisterhood, protested outside the building housing the Saudi Consulate, calling on Australia to grant Alqunun residency. 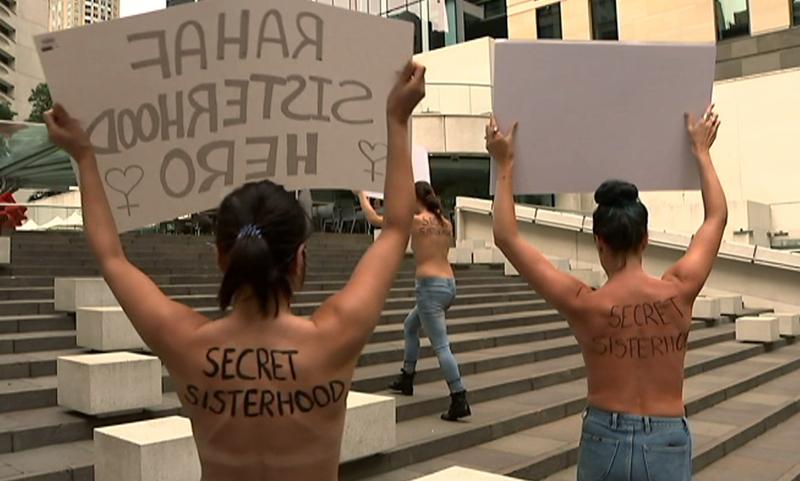 In this photo taken on Jan 10, 2019, woman protesters march with a sign outside the building housing the Saudi consulate in Sydney. (AUSTRALIA BROADCAST CORPORATION / AP)

With "Secret Sisterhood" written on their backs, the women held placards with messages including "Let her in," ''Rahaf Sisterhood Hero" and "All women free + safe."

Secret Sisterhood founder Jacquie Love said the protest was held to urge the Australian government to recognize Alqunun's plight, and that of oppressed women everywhere.

"We are here to encourage them to let her in," Love said. "She's been recognized by the UN as a refugee so we believe the Australian government needs to step up, recognize her plight and recognize what she's gone through, and she could be an icon for the rest of the world that women shouldn't be oppressed and they should be fleeing countries that they are oppressed in."

"We decided to go topless because we believe all women should be able to express themselves freely and safely and we wanted to send a message to Rahaf that we can actually do that in Australia, that women can actually be free and safe," Love said.

Secret Sisterhood has also set up a GoFundMe account, which had raised US$2,290 dollars for Alqunun by Thursday morning.

Alqunun's case has highlighted the cause of women's rights in Saudi Arabia. Several female Saudis fleeing abuse by their families have been caught trying to seek asylum abroad in recent years and returned home. Human rights activists say many more similar cases will have gone unreported.

After mounting a campaign for assistance on Twitter from her Bangkok airport hotel, Alqunun was allowed to temporarily stay in Thailand under the care of the UN refugee agency, which ruled her claim for asylum valid and referred her case to Australia. Following that decision, Australia's Home Affairs Department said it would "consider this referral in the usual way, as it does with all UNHCR referrals."

Alqunun's father arrived in Bangkok on Tuesday, but his daughter refused to meet with him. 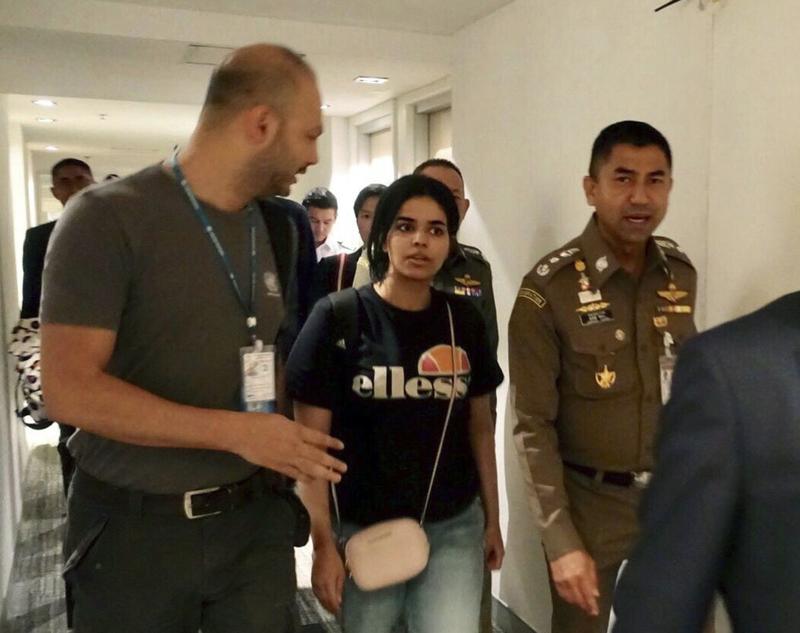 Thailand's Immigration Police chief Lt Gen Surachate Hakparn said the father — whose name has not been released — denied physically abusing Alqunun or trying to force her into an arranged marriage, which were among the reasons she gave for her flight.

Surachate said Alqunun's father wanted his daughter back but respected her decision. Surachate described the father as being a governor in Saudi Arabia.

"He has 10 children. He said the daughter might feel neglected sometimes," Surachate said. "But he didn't go into detail."

Before the UN agency's decision to refer her case to Australia, the country's Home Affairs Minister Peter Dutton said there would be no "special treatment" for her.

However, Health Minister Greg Hunt, also speaking before the UN's decision, said: "If she is found to be a refugee, then we will give very, very, very serious consideration to a humanitarian visa."