Trump adviser: US to leave Syria once IS beaten, Kurds safe 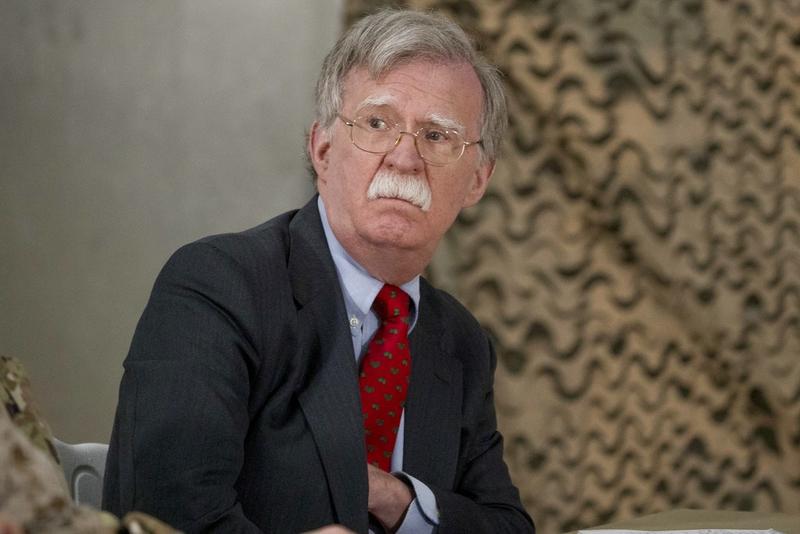 JERUSALEM — US troops will not leave northeastern Syria until Islamic State militants are defeated and American-allied Kurdish fighters are protected, a top White House aide said Sunday, signaling a pause to a withdrawal abruptly announced last month and initially expected to be completed within weeks.

While US national security adviser John Bolton said there is now no timetable, President Donald Trump reaffirmed his commitment to withdrawing US troops, though he said "we won't be finally pulled out until ISIS is gone."Trump had said in his Dec 19 withdrawal announcement that US forces "have defeated ISIS in Syria, my only reason for being there during the Trump Presidency," and added in a video posted to Twitter, "Now it's time for our troops to come back home."Bolton said in Israel that the US would pull out only after its troops had rooted out what's left of IS in Syria and after the administration had reached an agreement with Turkey to protect Kurdish militias who have fought alongside Americans against the extremists.

In Washington, Trump told reporters at the White House that "we are pulling back in Syria. We're going to be removing our troops. I never said we're doing it that quickly." But in that Dec 19 video, the president had said of the roughly 2,000 US troops in Syria: "They're all coming back, and they're coming back now."And officials said at the time that while many details were yet to be finalized, they expected American forces to be out by mid-January.
"I think this is the reality setting in that you got to plan this out," said US Sen Lindsey Graham, R-SC He told CBS' "Face the Nation" that "the bottom line here is we want to make sure we get this right, that ISIS doesn't come back. And I applaud the president for re-evaluating what he's doing. ... He has a goal in mind of reducing our presence. I share that goal. Let's just do it smartly."Trump's decision last month drew widespread criticism from allies, led to the resignation of US Defense Secretary Jim Mattis and raised fears over clearing the way for a Turkish assault on the Kurdish fighters. Turkey considers the Syrian Kurdish People's Protection Units, or YPG, a terrorist group linked to an insurgency within its own borders.
'There are objectives that we want to accomplish that condition the withdrawal," Bolton told reporters in Jerusalem. "The timetable flows from the policy decisions that we need to implement."He was to be in Turkey on Monday, accompanied by the chairman of the US Joint Chiefs of Staff Gen. Joseph Dunford, for talks with government officials.

Bolton said the US wants its Kurdish allies in Syria protected from any planned Turkish offensive — a warning to be delivered to Turkey's president, Recep Tayyip Erdogan.
"We don't think the Turks ought to undertake military action that's not fully coordinated with and agreed to by the United States," Bolton said. He said that in upcoming meetings with Turkish officials, he will seek "to find out what their objectives and capabilities are and that remains uncertain."Bolton said Trump has made clear he would not allow Turkey to kill the Kurds. "That's what the president said, the ones that fought with us," Bolton said.
Bolton said the US has asked the Kurds to "stand fast now" and refrain from seeking protection from Russia or Syrian President Bashar al-Assad's government. "I think they know who their friends are," he added, speaking of the Kurds.
Jim Jeffrey, the special representative for Syrian engagement and the newly named American special envoy for the anti-Islamic State coalition, is to travel to Syria this coming week in an effort to reassure the Kurdish fighters that they are not being abandoned, Bolton said.
Turkey's presidential spokesman called allegations that his country planned to attack the US-allied Kurds in Syria "irrational" and said Turkey was fighting terrorism for national security.
In comments carried by the official Anadolu news agency, Ibrahim Kalin said the Kurdish fighters oppressed Syrian Kurds and pursued a separatist agenda under the guise of fighting IS. "That a terror organization cannot be allied with the US is self-evident," he said.
US Rep Adam Smith, the incoming chairman of the House Armed Services Committee, told ABC's "This Week" that the conditions raised by Bolton were "obvious," and Smith criticized the conflicting messages from the Trump administration.
"We don't want ISIS to rise again and be a transnational terrorist threat and we don't want our allies, the Kurds, to be slaughtered by Erdogan in Turkey," said Smith, D-Wash.
Bolton said US troops would remain at the critical area of al-Tanf, in southern Syria, to counter growing Iranian activity in the region. He defended the legal basis for the deployment, saying it's justified by the president's constitutional authority.
The US is also seeking a "satisfactory disposition" for roughly 800 IS prisoners held by the US-backed Syrian opposition, Bolton said, adding talks were ongoing with European and regional partners about the issue.
Bolton was to have dinner with Israel's prime minister, Benjamin Netanyahu, on Sunday to discuss the pace of the US drawdown, American troop levels in the region, and the US commitment to push back on Iranian regional expansionism.
Bolton was expected to explain that some US troops based in Syria to fight IS will shift to Iraq with the same mission and that the al-Tanf base would remain.
Bolton also was to convey the message that the United States is "very supportive" of Israeli strikes against Iranian targets in Syria, according to a senior administration official, who was not authorized to publicly discuss Bolton's plans before the meetings and spoke on condition of anonymity.