China to step up fight on air pollution 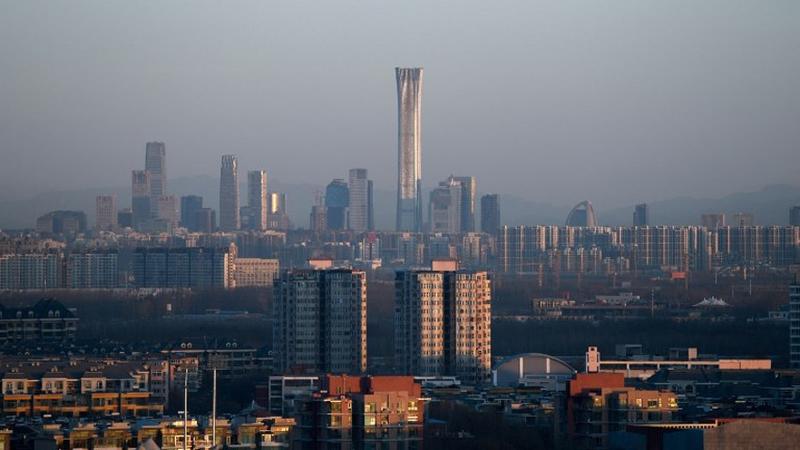 China's top environmental watchdog has vowed to succeed in air pollution control this year by enhancing the management of diesel-powered trucks while further reducing industrial emissions.

The Ministry of Ecology and Environment will continue this year to implement the 2018-20 air pollution control plan, which aims to control bulk coal consumption, poorly managed polluting enterprises and industrial boilers, and minimize the emissions of the steel industry.

The ministry will also carry out a campaign on diesel truck management, Minister Li Ganjie said at the ministry's annual conference, which concluded on Saturday.

Under the ministry's guidelines released early this month, the diesel truck management campaign will increase rail cargo transportation by 30 percent over 2017 levels by next year.

Ships and trains will handle most of the medium－and long-distance cargo transportation by then.

Most trucks will no longer leave trails of black smoke by then, and emission levels of at least 90 percent of the trucks will stand below the national standard, under the plan.

The plan also vows to promote the use of trucks powered by new and clean energies in cargo transportation.

Currently, diesel trucks are a major contributor to air pollution in China.

According to Beijing Municipal Ecological Environment Bureau research, diesel trucks represent only about 4 percent of total internal combustion engines in Beijing, but they contribute 90 percent of the particulate matter from such engines.

Emissions from internal combustion engines are to blame for 45 percent of locally generated air pollution in the capital, the bureau concluded.

Beijing has set up a database that includes 140,000 non-locally registered trucks with substandard emissions that will be barred from entering the capital, Beijing Vice-Mayor Yang Bin, who oversees environmental protection, said on Wednesday on the sidelines of the annual session of the 13th Beijing Municipal Committee of the Chinese People's Political Consultative Conference.

Fixing urea-spraying facilities will help reduce emissions of nitric oxide, a major air pollutant from diesel exhaust, but many diesel trucks haven't fixed or operated the facilities as required, according to He Kebin, dean of Tsinghua University's School of Environment.

The senior air pollution control expert said China's 20 million diesel trucks should consume a total of 1.35 million metric tons of urea a year if they spray the urea as required, but investigation indicates they only consume about 700,000 tons a year.

Li, the minister, said 2018 was a year with marked progress in air pollution control.

"We have successfully delivered all the obligatory targets set for 2018 and stayed in line with the timetable outlined by the 13th Five-Year Plan (2016-20)," Li said.

According to the ministry, 338 major Chinese cities saw about 79 percent of days with fairly good air quality in 2018, 1.3 percentage points higher than 2017.