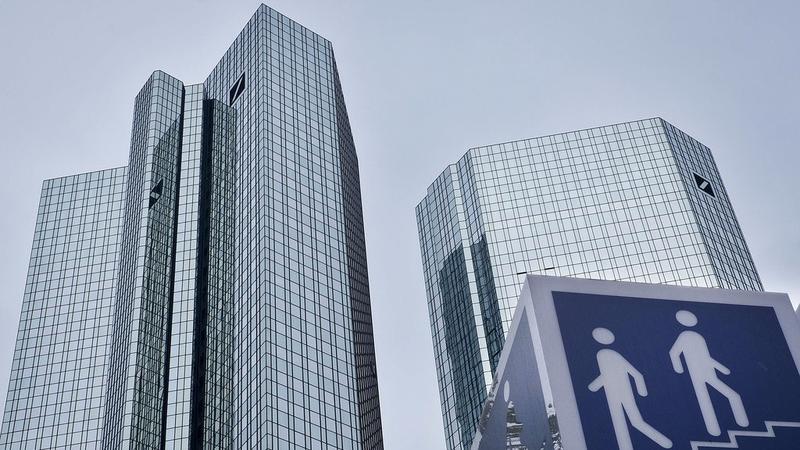 In this May 24, 2018 file photo, the towers of the Deutsche Bank are seen on the day of the annual meeting of the bank in Frankfurt, Germany. (MICHAEL PROBST / AP)

Deutsche Bank AG’s largest investor, China’s HNA Group Co., plans to exit its entire stake in the German lender, according to people briefed on the plan.

The cash-strapped conglomerate, which most recently still held almost 8 percent of the voting rights, has started the disposal process as part of a government demand to focus on its airline business, said the people, asking not to be identified in discussing non-public information. It’s not clear how and over what time period HNA would sell the stake, which it controls through a series of complex derivatives.

Deutsche Bank shares fell as much as 2.2 percent and traded 0.7 percent lower at 9:59 a.m. in Frankfurt

Officials for HNA and Deutsche Bank declined to comment. Dow Jones reported earlier Friday that the Chinese government had told HNA to exit the stake, citing unidentified people familiar with the matter.

A disposal would add to pressure on Deutsche Bank, whose shares have slumped amid several unsuccessful turnaround efforts, and could act as a catalyst amid speculation about a merger with another lender. Cerberus Capital, the U.S. buyout firm run by Stephen Feinberg, is a top investor in Deutsche Bank and also holds a large stake in rival Commerzbank AG, which prompted speculation in the past that it may seek to combine the two.

Deutsche Bank shares fell as much as 2.2 percent and traded 0.7 percent lower at 9:59 a.m. in Frankfurt.

HNA held as much as 9.9 percent in Deutsche Bank in 2017 through a combination of outright holdings and options, but it’s been reducing the investment and replacing actual shares with cheaper financial instruments amid a slump in the stock. The derivatives hedge the investment over several years, and HNA previously said it was committed to the stake.

China’s top leaders earlier this year agreed to help HNA raise funds, people familiar with the matter have said, providing a safety net for a conglomerate that’s staggering under the weight of its debt. The government has instructed it to focus on its main business of travel, and to stop diversifying through acquisitions, the people said.