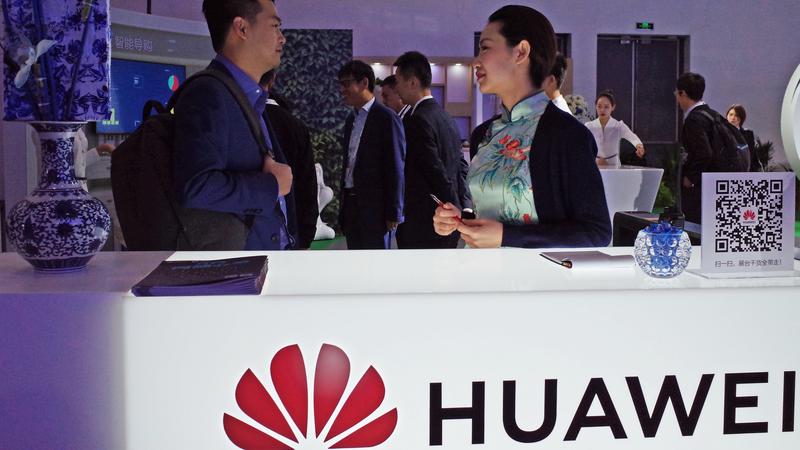 In this undated photo, a Huawei employee addresses queries from a visitor during a high-tech exhibition in Beijing. (PHOTO PROVIDED TO CHINA DAILY)

Huawei Technologies Co. overtook Apple Inc. to claim the No. 2 spot in smartphones in the first quarter, moving a step closer to its avowed ambition of displacing Samsung at the top of the market.

The networking giant grew shipments 50 percent from a year earlier, research firm IDC estimates. It was the only name in the top 4 that managed to expand volumes as the overall market slid for the sixth consecutive quarter.

Huawei’s been steadily gaining on Apple and Samsung Electronics Co. with an increasingly high-end line-up of devices, particularly in its home market of China. The iPhone maker this week projected quarterly sales that topped analysts’ estimates, suggesting demand for iPhones has stabilized after a disappointing holiday period. Samsung also enjoyed a spike compared with the fourth quarter thanks to the launch of the marquee S10 range in February. IDC reckons Huawei should cling to the No. 2 spot over the rest of 2019.

“The overall smartphone market continues to be challenged in almost all areas, yet Huawei was able to grow shipments by 50 percent,” said Ryan Reith, program vice president with IDC’s Worldwide Mobile Device Trackers. “This new ranking of Samsung, Huawei, and Apple is very likely what we’ll see when 2019 is all said and done.” 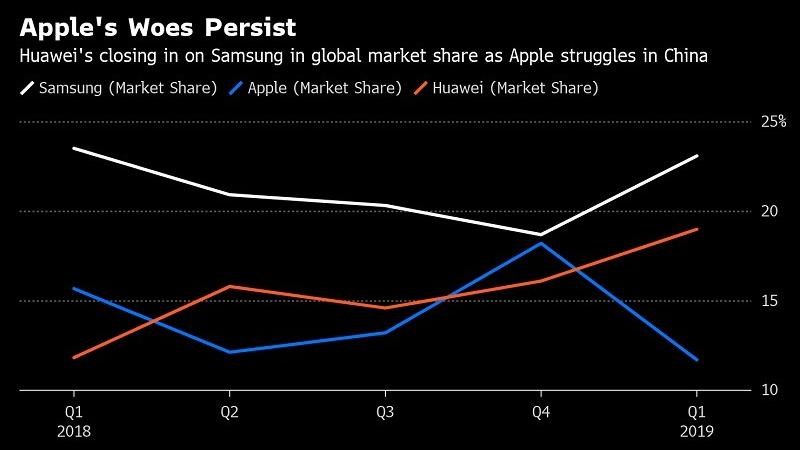