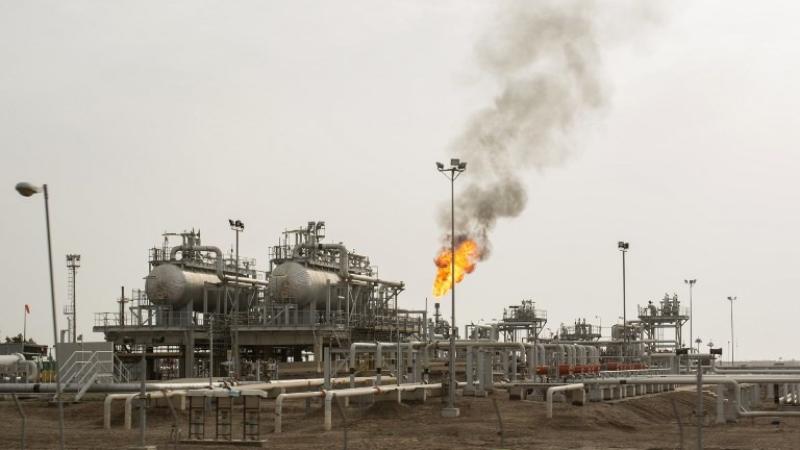 An oil installation is pictured in the massive Majnoon oil field, some 40 km from the eastern border with Iran, north of the Iraqi city of Basra on March 25, 2019. (HUSSEIN FALEH / AFP)

TEHRAN - The Iranian Foreign Ministry on Monday warned against any "adverse consequences" in ending the US sanctions waivers on oil imports from Iran.

Given the illegal nature of the US sanctions, Iran has not and will not consider any value for the waivers granted by the US to some customers of the Iranian oil

"Given the illegal nature of the US sanctions, Iran has not and will not consider any value for the waivers granted" by the US to some customers of the Iranian oil, Iran's Foreign Ministry Spokesman Abbas Mousavi said in a statement.

"However, in view of the negative effects in politics [of these sanctions] ... Iranian Foreign Ministry has been continuously in touch with relevant domestic institutions while holding comprehensive consultations with many foreign partners, including Europeans," Mousavi added.

On Monday, the White House announced that US President Donald Trump has decided not to re-issue the sanctions waivers allowing major importers to continue buying Iran's oil when they expire in early May.

"This decision is intended to bring Iran's oil exports to zero," denying the Iranian government "its principal source of revenue," the White House said in a statement.

Iran will make appropriate decision over the US new move and will make it public, Mousavi said.

US Secretary of State Mike Pompeo told reporters later in the day that the US sanctions will be reimposed on all countries that import oil from Iran since May 2.

Washington's new move to squeeze Iran has raised concerns that it may lead to higher oil and gasoline prices.

In an effort to ease the market worries, the White House said in the statement that the US, Saudi Arabia and the United Arab Emirates (UAE) "have agreed to take timely action to assure that global demand is met."

Following the exit from the Iran nuclear deal in May last year, the Trump administration has kept piling up pressure on Iran through a series of sanctions, which have been strongly opposed and criticized by Tehran.

In November, Washington snapped back sanctions on Iran's banking, energy and shipping industries, while granting 180-day waivers to eight of Iran's major oil buyers, including South Korea, Japan and Turkey.