US bill to halt sales of riot gear to HK blasted 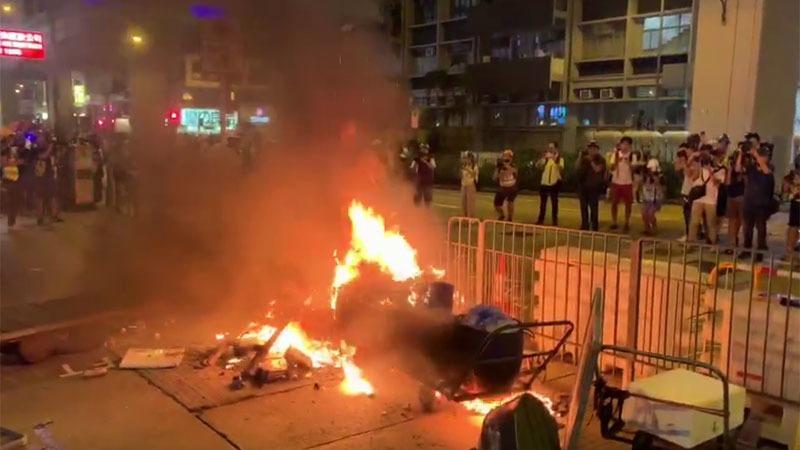 China slammed some United States lawmakers for displaying a double standard on Wednesday over a bill they introduced to stop sales of nonlethal crowd control equipment to Hong Kong, urging them to stop indulging violence and crime.

“It is exactly because of some US politicians’ indulgence and support that anti-China people and chaos creators in Hong Kong act so unscrupulously and brazenly,” Foreign Ministry spokeswoman Hua Chunying said of the bill.

The legislation was announced on Tuesday and is sponsored by three US lawmakers, the South China Morning Post reported. If passed, the bill would prohibit US companies from exporting nonlethal crowd control items like tear gas, as well as defense articles and services, to Hong Kong, it reported.

Speaking of the situation in the Hong Kong Special Administrative Region, Hua said it is very clear what is right and what is wrong, and more and more international mainstream media are reporting the truth after conducting interviews in the city.

“Where is the rule of law that you value when radical and violent people attack brutally and harm Hong Kong police and disrupt the airport and railway? Where are the human rights that you parade when personal information of hundreds of police officers and their family members were illegally disclosed, and they were exposed to wild bullying and intimidation online?

“Where is the freedom you advocate when people with different points of view were chased, beaten, besieged, confined and hurt by masked people in black?” Hua asked the politicians.

The US lawmakers are mischaracterizing the violence and slandering the Hong Kong police’s law enforcement with restraint, which is “the greatest profanation of freedom, democracy and human rights,” she added.

Citing protests in the US, including those in Portland, Oregon, Hua said, “Will these US lawmakers be so kind if what is happening in Hong Kong happened in the US?”

They should stop their dangerous play with issues concerning Hong Kong, as such attempts will only backfire, the spokeswoman said.